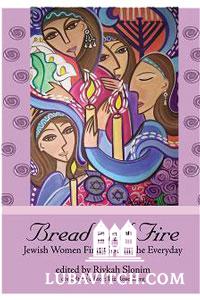 IN SEARCH OF THE GENDER-NEUTRAL

It is now standard to include in book introductions a tedious apology for the lack of a graceful gender-neutral term for the third-personal singular. This is meant to excuse the “imperfect” strategy that the author will of necessity adopt: the tenacious clinging to the  use of “he” once grammar rather than sexism has been blamed for the implicit exclusion; the strident insistence on the exclusive use of “she”  as a counter to a thousand injustices; the clumsy adoption of he/she or the disconcerting alternating of gender in a listing attempt at evenhandedness;  the impersonal, generic “one” that succeeds only in distancing men and women equally from the text; the shameless  disregard of proper usage by invoking the plural “they” whenever a third-person singular is called for. All these strategies suggest an awareness of the problem. None provide a totally satisfactory solution.

This is the essential tension of the attempts to create women’s groups, women’s programming, or books about women’s spirituality. At the heart of the conversation about women’s place in Judaism is the struggle to identify their natural, rightful place. But by the very discussion, we define women as the “other.”

In her writings, the sociolinguist Deborah Tannen points out how often the male modality is the unmarked modality, the fallback term, the old generic “he” which encompasses both male and female. But when feminine language is used, it stands out like a pouting child saying, “Look at me, too.”

We speak of the yeshiva (no qualifier necessary) vs. the woman’s yeshiva.  One order of the six orders of the Mishnah is entitled Nashim (Women) but there is no corresponding order entitled Anashim (Men). The male domain has a security, a centrality, an assumed legitimacy that never needs to be defended or qualified. But like Eve carved out of the dimorphic being termed simply Adam, the feminine is almost always defined in contrast.

In attempting to create a grammar of women’s spirituality, Rivkah Slonim has set herself a daunting task. To her credit, she avoids the treacly apologetics and patronizing odes to women as the fairer, gentler sex that so often mark enterprises of this sort.

In one essay, Karen Kirshenbaum, teacher of a women’s Mishnah class in Jerusalem, recalls the Lubavitcher Rebbe encouraging her own mother to launch study groups for women.  In another, Susan Handelman describes the Rebbe’s encouragement of her academic pursuits, as well as his lifelong efforts to ensure women’s active and visible inclusion in Jewish life.
Slonim’s collection takes its inspiration from the pathway forged by the Rebbe. Rather than asking writers to talk about women, she has created a collection that allows women their own voices.

First-person narrative is a powerful window into spiritual experience, and yet its power is also its peril, because real lives are complex, with no neat beginning and middle and end. On occasion, these essays contain multiple stories that intrude on each other.  A template for personal exodus is interwoven with allusions to an eating/reading addiction, and the resulting confusion does justice to neither strand.  An essay misleadingly entitled “My Life as a Nun” does not address its central theme about the sacredness of the physical expression of love until halfway through the essay. It can be hard to truncate the creative meanderings that result from thoughtful introspection—but not all stories can be told here, and tighter editing might have allowed for more focused exploration.

On balance, however, Slonim’s strategy succeeds. These accounts are not airbrushed views, but any disappointment we may feel in reading of unanswered questions and unfulfilled possibility is amply compensated by the empathic honesty of the accounts and the genuine struggle for spiritual connection.

Esther Shkop’s bittersweet retrospective of her learned Jerusalem grandmothers also tells of the hungry longing of her great-aunts for whom Jewish study was a locked world. Deena Yellin’s frank admission that “the tension she feels between wanting to a be success in the home as well as the workplace is a battle that will rage within her for the rest of her life,”  co-exists with her sweet savoring of the life lessons brought home by her AC (after children) life.

A number of essays unabashedly embrace the “otherness” of Jewish femininity, reflecting on the mystique of childbearing, nursing, and other exclusively female experiences. Closely related to these are essays that examine stereotypically feminine pursuits, discovering in the mundane a deeper vision. In “Cleaning with Meaning,” Sherri Mandel writes, “Cleaning is a paradox: it contains within itself the seeds of its own destruction. But cleaning for Passover can be an exercise in spiritual growth . . . We are ultimately humbled in our cleaning . . .”

Even in tasks that are onerous and weigh heavily on women, there can be redemption. In an essay in which humor is separated from hysteria by no more than a hairwidth, Elizabeth Ehrlich describes the web of complication that threatens to choke her as she considers how observing Shabbat will alter the rhythm of her week. And yet, “without commitment . . . the forms we love . . . will wither and disappear . . . Someone, many someones, have kept the forms alive and vital, have kept the choices available to me. . . It is my turn now.”

Similarly, Ruchama King Feuerman describes the occasional transcendence and more frequent distraction of days filled with prayer as well as the freedom but emptiness that marked the years in which she did not pray. She is not overly romantic about the shift in consciousness when she resumes daily prayer; some days, she still struggles with boredom, but she now recognizes that “prayer is meaningful even on days that do not produce a high” and finds herself “learning to get comfortable with the yearning again.”

Rabbi Yosef Dov Soloveichik  writes “We have two traditions . . . Father teaches the son the  discipline of  thought as well as the discipline of action.  . . . What kind of a Torah does the mother pass on? . . . That Judaism expresses itself not only in formal compliance with the law but also in a living experience . . . that there is a flavor, a scent and warmth to the mitzvot . . .”

Some voices speak to this equilibrium of opposed, yet balanced spiritualities. In her opening essay, Rivkah Slonim challenges us to recognize her grandmother’s challah baking as an act no less spiritual than the scene of her grandfather wrapped in tallit and tefillin. “They were both completely immersed in conversation with G-d; intimate conversation, loving conversation, in a place where little else mattered.”

Susan Schneider makes clear that the feminine and masculine domains are not simply “separate but equal”—they interact, working like two hands in tandem, each lending support to the other. She describes the vital synergy of the feminine modality that is prayer, vs. the masculine domain of study. “‘I don’t learn except where I pray . . . and I don’t pray except where I learn ((Tractate Berachot, 8a).’ Study must be powerful and must be accompanied by an explicit plea to absorb truth and be changed by it. And conversely, the prayerful yearning to grow and transform requires the fortification of study.”

In a brilliant essay called “Speaking to G-d,” Tamar Frankiel considers why male imagery is used to describe G-d in our prayers. In the process, Frankiel asks us to confront the fears that often underlie a strident feminism. Rejection of the masculine can sometimes be a mask for our own self-doubt and even self-loathing:

“Like an abused child who cannot suffer intimate touch, we as women often fear to evoke too much passion from men. In our religious lives, we may also guard ourselves from evoking the love of G-d, from asserting our ability to call forth love. So we have frequently chosen to take a meeker role . . .”

Frankiel boldly reframes gender: “We cannot define masculine as one thing and feminine as another, and then bring them together to construct our understanding of love. Rather, love comes first and genders emerge from it . . . To love and yearn, to call forth love and receive it. Surely at this point, the meaning of gender defined in specific ‘roles’ disappears.”

In its most glorious moments, this book achieves what is so rare in accounts of women’s spirituality and transcends the artificial distraction of male and female. It creates a grammar of womanhood that makes no reference to womanhood at all, totally transparent, calling no attention to itself, yet authentic to the feminine experience. These essays could have been written by men, but they are related by women because women relate them best.

They speak of universal themes, of G-d, Torah, family, and the cycle of life. In a breathtakingly lyrical piece, Devorah Leah Rosenfeld, recalling the challenge of explaining death to her young students twenty years earlier, writes, “My father took his final small breaths at dusk, and the long night and day that followed became a confused jumble of disbelief, numbness, and the crushing heaviness of loss. But one slice of time stood out from the rest. As my father’s casket was laid gently in the earth, and those who loved him best covered it with shovel after shovel of dry rocky soil, I stood dry-eyed, reassured, calmly watching. Just then, like those four-year-olds had patiently explained to me, it really was the most natural thing in the world.”

Bread and Fire is available through Kehotonline.