Chabad Library exhibits manuscripts from the life of the Tzemach Tzedek 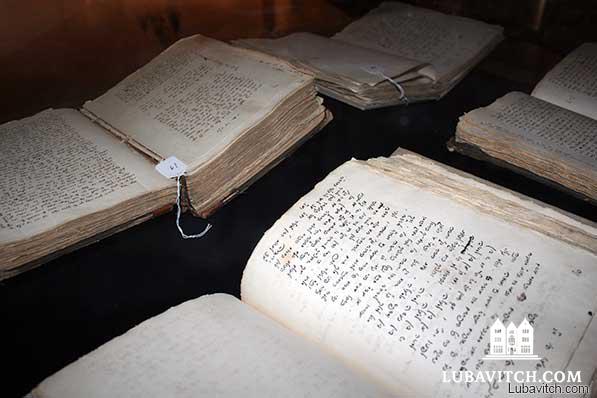 A historic copyright dilemma from the 19th century, is now on exhibit at the Chabad-Lubavitch Library in Brooklyn, New York. It was an issue of inheritance and rights that threatened the publication of the discourses of the founder of the Chabad movement.

The third Chabad Rebbe, Rabbi Menachem Mendel, toiled for years to edit disparate handwritten notes of the weekly and holiday talks of Rabbi Schneur Zalman, the founder of the Chabad movement. Written by his disciples, the notes were to be published in two volumes. But upon completing his work, he worried about who in fact had the rights to the notes, and who would share any of the income, which he hoped would cover the expenses of the publishing.

His handwritten query, written in third person, weighs both sides of the argument, and is among the 77 selected manuscripts, responsa, novel commentary on the Talmud, correspondence, artifacts, his personal scholarly volumes and paintings of the Rabbi Menachem Mendel, known as the Tzemach Tzedek. 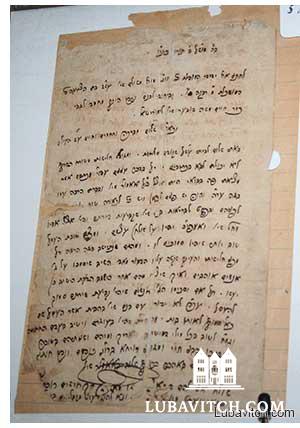 “Does he have to give a portion of the profits to the [other] inheritors . . . or perhaps not since that individual obtained the handwritten manuscripts through much toil and expenses, while they had no interest in them at all.” So writes Rabbi Menachem Mendel in his response, arguing that he should be allowed to receive all the monies from the sold volumes. Only a small portion of the yellowing handwritten manuscript survived.

At a young age, Rabbi Menachem Mendel received hundreds of queries on Jewish law, many that were sent to him by individuals many years his senior. His published responsa includes correspondence with some of the great decisors of Jewish law in the 19th century, such as Rabbi Chaim Halberstam of Sanz, known as the Divrei Chaim and Rabbi Shlomo Kluger, head of the rabbinical court in Brody, Galicia.

The new exhibit, opened to honor the 150th anniversary of passing of Rabbi Menachem Mendel is open every weekday and Sundays, from 12 to 5 pm and on Fridays until 2 pm at the Agudas Chasidei Chabad Library, located adjacent to Lubavitch World Headquarters, at 770 Eastern Parkway in Brooklyn, New York.

Orphaned at the young age of three Rabbi Menachem Mendel, born in 1789, was raised by his grandparents, Rabbi Schneur Zalman and his wife Sterna. As a teenager he began recording his grandfather’s discourses. He married his cousin Chaya Mushka, the daughter of the second Chabad Rebbe, Rabbi Dovber Schneersohn. After his father-in-law’s passing, he reluctantly accepted the leadership of the Chabad movement in 1927.

Rabbi Shalom Dovber Levine, chief librarian at the library and curator of the exhibit, says that of all the Chabad Rebbes, Rabbi Menachem Mendel was the most prolific writer of scholarly work. He is also known for his unique blend of Talmudic, Jewish law, kabbalisic and Chasidic teachings in his lengthily discourses. 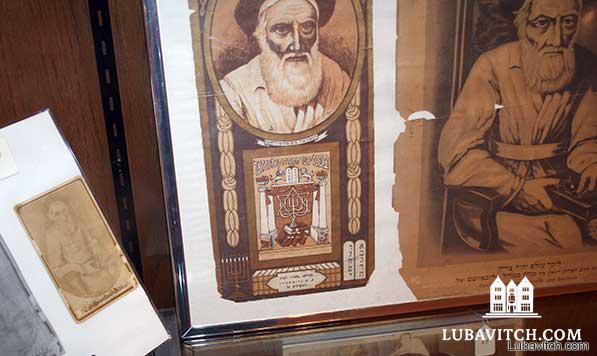 “His Chasidic discourses, as exhibited here, represented the beginning of a new style in the way future Chabad Rebbes would explain Biblical ideas and observances,” Levine says.

“We have some 100 volumes that survived the great fires in Lubavitch and the Holocaust, but clearly from references in the surviving manuscripts, there were many more volumes of his writings that were lost,” Levine says.

He points to one of the few volumes that were brought with sixth Chabad Rebbe, Rabbi Yosef Yitzchak Schneersohn, to the United States after WWII broke-out. Most of the remaining volumes in the exhibit, were later found among Nazi looted material in archives in Warsaw, Poland and Jerusalem, Israel, and brought to the United States in the late 1970’s. Many remaining volumes and manuscripts of Rabbi Menachem Mendel – and the other Chabad Rebbes – still remain in the Russian military archive.

As he studied the manuscripts, says Levine, it became apparent that Rabbi Menachem Mendel would briefly respond to queries that he deemed urgent, with quick notation of sources and his decision, and then he would compose a much longer response where he would dissect the complexities entailed. The evolution of his responsa can now be viewed for the first time at the exhibit. 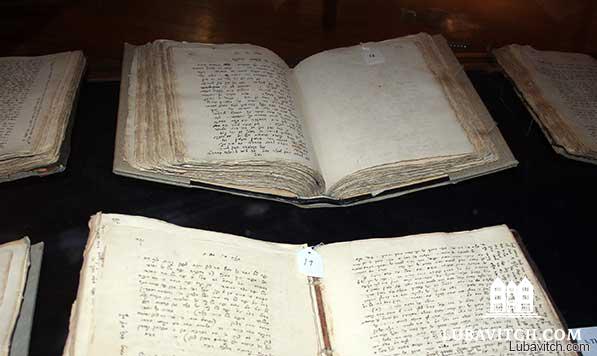 Also interesting are various versions of the portrait of Rabbi Menachem Mendel, including one that was given by his daughter to Rabbi Yosef Yitzchak, who wrote a note that confirming that his grandmother regarded it the most accurate portrait from all the other known portraits.

Related Articles
View All
Roundtable Repost: The Rebbes and How They Shaped Chabad
Chabad-Lubavitch traces its roots back to the last decades of the 18th century with its founding by Reb Schneur Zalman of Liadi. Many traditionalists within the…
Chabad Library Makes 16th Century Books Now Searchable Online
(lubavitch.com) Two thousand Jewish books, most from the 16th century, are now available online in a searchable, printable format at www.ChabadLibraryBooks.com. The books comprise less…
A Walk Through the Pages of History
In 1475, a Hebrew printing press in southern Italy printed a book that stands as one of the earliest examples of an industry that would…
New Volume on Chabad History Published
The Chabad-Lubavitch publishing house, Kehot Publication Society, has announced the publication of an important new book on the history of Chabad.
Get Inspiration to your inbox!
Newsletter
Join our weekly newsletter for inspiration and updates
Donate
Find Your Local Chabad Center
Subscribe
|
Log In
Chabad
About Chabad-Lubavitch
About Chabad Lubavitch
The Rebbe
Headquarters
Magazine
Magazine
News
News & Updates
In The Media
Impact
Social and Humanitarian
Social and Humanitarian
Education
Education
Community
Community