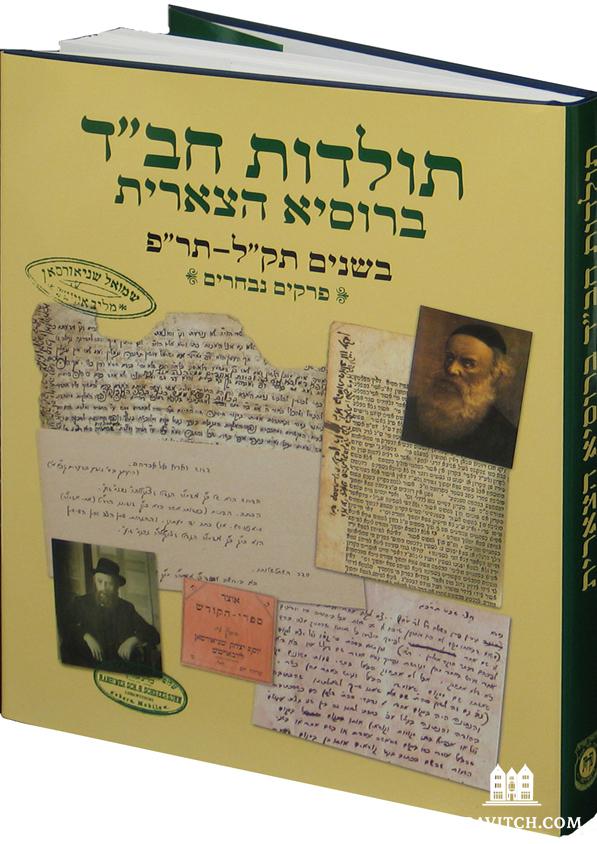 The Chabad-Lubavitch publishing house, Kehot Publication Society, has announced the publication of an important new book on the history of Chabad.

In its 166 chapters, the book presents an eclectic overview of historical events and personalities connected to Chabad-Lubavitch since its establishment by the Rabbi Schneur Zalman of Liadi (1745-1812) until the passing of the fifth Rebbe, Rabbi Shalom Dovber Schneersohn, in 1920.

The historical sketches in the book are presented in chronological order, and cover details such as family lineage and marriages in the Schneersohn dynasty to more major themes such as the publication of classic Chasidic texts; the establishment of the central Chabad Yeshiva in the town of Lubavitch, in 1897, and a description of its various branches; the major Rabbinic conferences on Jewish affairs in Russia in 1843 and 1910, and following the Russian revolution.

The well-researched book is based on original documents and memoirs, housed in the Central Chabad-Lubavitch Library, making it an invaluable resource for the historian and layman alike.

Some of the chapters include:

·         The lineage of the first Chabad leader, Rabbi Schneur Zalman of Liadi

·         His published works: the Shulchan Aruch, Siddur, Tanya, and Discourses

·         Published works of the second leader of Chabad, Rabbi Dovber; his establishment of  the town of Lubavitch as the movement’s headquarters; his imprisonment by the Czarist regime in 1826

·         The 1906 move of the Chabad-Lubavitch headquarters from Lubavitch to Rostov-on-Don, Russia

The handsome 8 ½” x11” 370 page volume is nicely complemented by photos and facsimiles of various historic manuscripts and documents.

Other books in this series, by the same author, and also in Hebrew, include:

The books are available online, at: www.kehot.com.