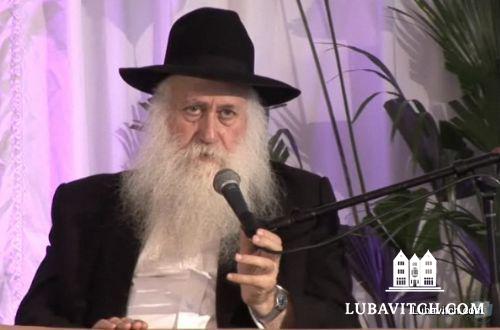 Rabbi Eliemelech Zwiebel, the spiritual mentor at the Rabbinical College of America, passed away suddenly yesterday at age 75. He was renowned for his brilliant mind, vast knowledge and depth of comprehension. His profound grasp of complex subjects notwithstanding, he will be remembered perhaps mostly for his humility and devotion to his legions of students.

Born in 1941 to followers of the Bobov Hasidic dynasty, the young Meilach would spend his free time at the Lubavitch Yeshiva in Tel Aviv, where he met several of the great Chabad chasidim, including the well-known Chabad intellectual Rabbi Nochum Goldschmidt. At the age of twelve, he began attending the Lubavitch Yeshiva in Lod, where he became a star student of the famed Chasidic mentor, Rabbi Shlomo Chaim Kesselman.

In 1961, he came to the United States to study at the Central Yeshiva at Lubavitch World Headquarters, where he excelled in his rabbinic and Chasidic studies. Soon, he became part of the team of young scholars blessed with phenomenal memory which would commit the Rebbe’s lengthy talks to writing. He later joined the editorial team that would prepare the Rebbe’s talks for publication in the weekly Likkutei Sichot pamphlet.

Blessed with a keen intelligence, Rabbi Zweibel was able to plumb the depths of any given subject, the exoteric as well as the esoteric. The consummate scholar, he characteristically displayed no emotion. He would sit in one place without any movement, studying Torah texts for hours. Yet during prayers, eyes fixed on the prayer book, he would sway ever so slightly, softly enunciating each word with an inimitable warmth and feeling.

In 1965 he married Libby Blesofsky of Brooklyn and joined the staff at the Rabbinical College of America, then in Newark, New Jersey. The school later moved to the sprawling David Chase Campus in Morristown, New Jersey, where Chabad-Lubavitch of New Jersey is also headquartered.

Rabbi Zwiebel was a master communicator, elucidating complex Talmudic, Chasidic and Kabbalistic concepts to thousands of students. Colleagues at the Rabbinical College tell that despite his towering intellect, he remained ever unassuming. In his interactions with his students, he was unflappable and patient, adjusting his explanations to their various levels with kindness and patience.

His informal get-togethers and one-on-one interactions with the students were legendary, as he gently imbued them with the wisdom of Chasidic lore and tradition, preparing them, in effect, for a sanctified life dedicated and committed to Judaism and the Jewish people.

“He was extremely devoted to his students,” recalled Rabbi Chaim Schapiro, director of the Rabbinical ordination division at the Rabbinical College of America. “They were his whole life. He was always sensitive to their needs, even when they were not articulated.”

On Shabbat, Rabbi Zwiebel would invite students to his home where they would spend many hours in an informal setting, sharing Chasidic stories, singing, and often—in what would be the rare emotional expression of joy—dance with the students, shoulder to shoulder, as if he was their peer.

He is to be interred at Old Montefiore Cemetery in Jamaica, New York, near the resting place of the Lubavitcher Rebbe, Rabbi Menachem M. Schneerson, of blessed memory.

Related Articles
View All
Philanthropist Mr. David Chase, 86
Philanthropist extraordinaire, Mr. David Chase, a founding member of the Machne Israel Development Fund and Chairman of the Board of the Rabbinical College of America,…
New Chaplaincy Program to Train Rabbinical Students
In the coming year, the yeshiva will be offering students enrolled in its four year program training them for a career in the field of…
Get Inspiration to your inbox!
Newsletter
Join our weekly newsletter for inspiration and updates
Donate
Find Your Local Chabad Center
Subscribe
|
Log In
Chabad
About Chabad-Lubavitch
About Chabad Lubavitch
The Rebbe
Headquarters
Magazine
Magazine
News
News & Updates
In The Media
Impact
Social and Humanitarian
Social and Humanitarian
Education
Education
Community
Community