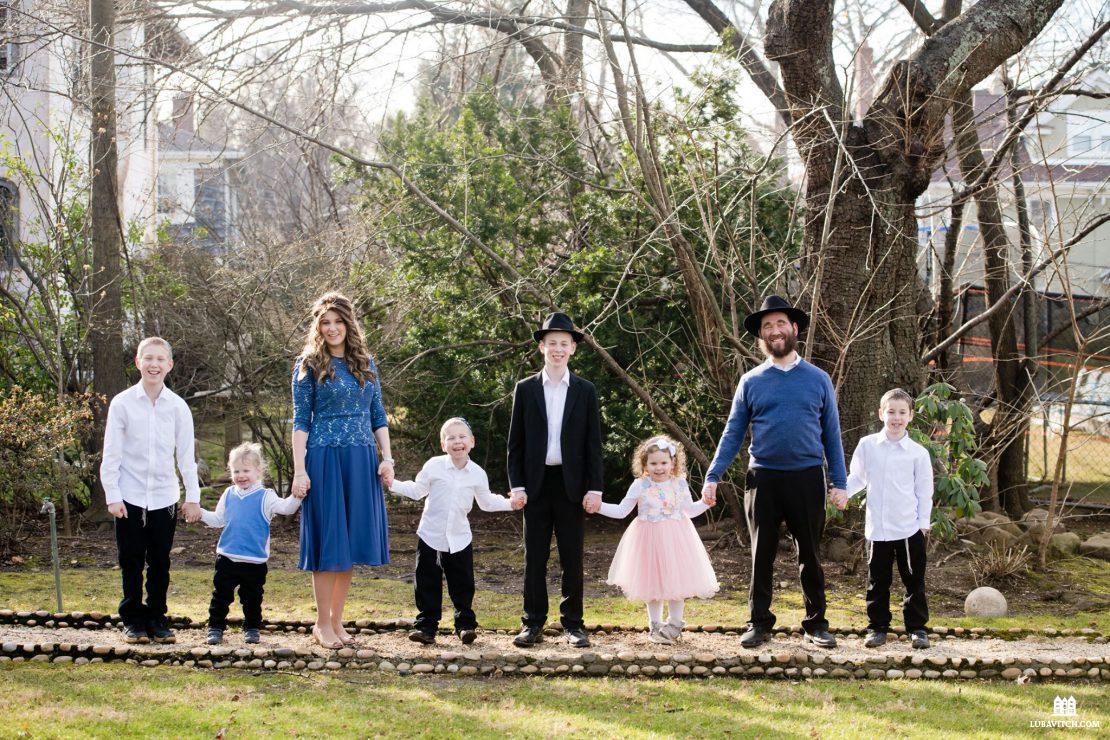 One of the world’s longest hospitalized COVID19 patients, Rabbi Yudi Dukes is now awake and communicating.

In his capacity as director of the Jewish Learning Network (JNet), Rabbi Dukes oversaw a network that connects Jews from all over the world with a remote learning partner. Jews living far from a Jewish community, the housebound, and even incarcerated Jews look to their weekly phone Torah study session with a teacher as a spiritual and social lifeline.

Hospitalized on March 30 with COVID-19 symptoms, the young rabbi spent nine weeks on ECMO and four months on a ventilator. His lungs collapsed several times, and but for the groundswell of support led by his wife Sarah who took to social media updating followers about her husband’s status and galvanizing thousands of well wishers and a steady outpouring of prayers over many months that still continues, the prognosis for the 38 year-old father of six was, at many junctures, very grim.

Rabbi Dukes is now on the road to recovery, and even as he gains strength and the ability to talk and swallow, Yudi has been recording weekly Torah thoughts from his bed in the ICU,  to be shared publicly. He has also begun consulting on the day-to-day affairs of JNet.

The proclamation reads, in part, “Whereas, it is a time-honored Brooklyn tradition to recognize those rare and extraordinary individuals who provide dedicated leadership, guidance, and support to their fellow members in faith . . . on behalf of all Brooklynites I salute Rabbi Yehuda Dukes . . . I recognize the volunteers of JNet have an opportunity to bring  the warmth of the Torah and Judaism to people whose situations restrict them from acquiring it in other ways; and affecting people’s lives positively; I applaud Rabbi Yehuda Dukes’ collaborations and partnerships from around the world for the Torah’s study by telephone, reaching thousands of friends who are now praying for his well-being; I wish him an expedient recovery from COVID19, and his continued service for the vulnerable, allowing individuals and families to access JNet services; and I wish him continued success in the great borough of Brooklyn and beyond, and I thank him for all that he has done to help our communities move forward as One Brooklyn.”

Related Articles
View All
Hospital
Ep. 32: Connecting Two Generations Of Rabbis In A Boston NICU
The 32nd episode in its series about the personal struggles and achievements of Chabad representatives
Hospital
Lubavitch.com Launches New Podcast
Lamplighters: Stories From Chabad Emissaries On The Jewish Frontier is a bimonthly podcast focusing on Chabad emissaries, or shluchim, their personal struggles and the people…
Hospital
A Stranger in the Land
I had never seen thirty-three degrees Fahrenheit on the weather forecast. My English isn’t great, and I felt so alone.
Hospital
A Warm Hug on a Cold, Lonely Street
About five years ago, I was diagnosed with hypertrophic cardiomyopathy (HCM), which causes thickening of the heart muscle.
Get Inspiration to your inbox!
Newsletter
Join our weekly newsletter for inspiration and updates
Donate
Find Your Local Chabad Center
Subscribe
|
Log In
Chabad
About Chabad-Lubavitch
About Chabad Lubavitch
The Rebbe
Headquarters
Magazine
Magazine
News
News & Updates
In The Media
Impact
Social and Humanitarian
Social and Humanitarian
Education
Education
Community
Community