Pursuing the Path of Peace 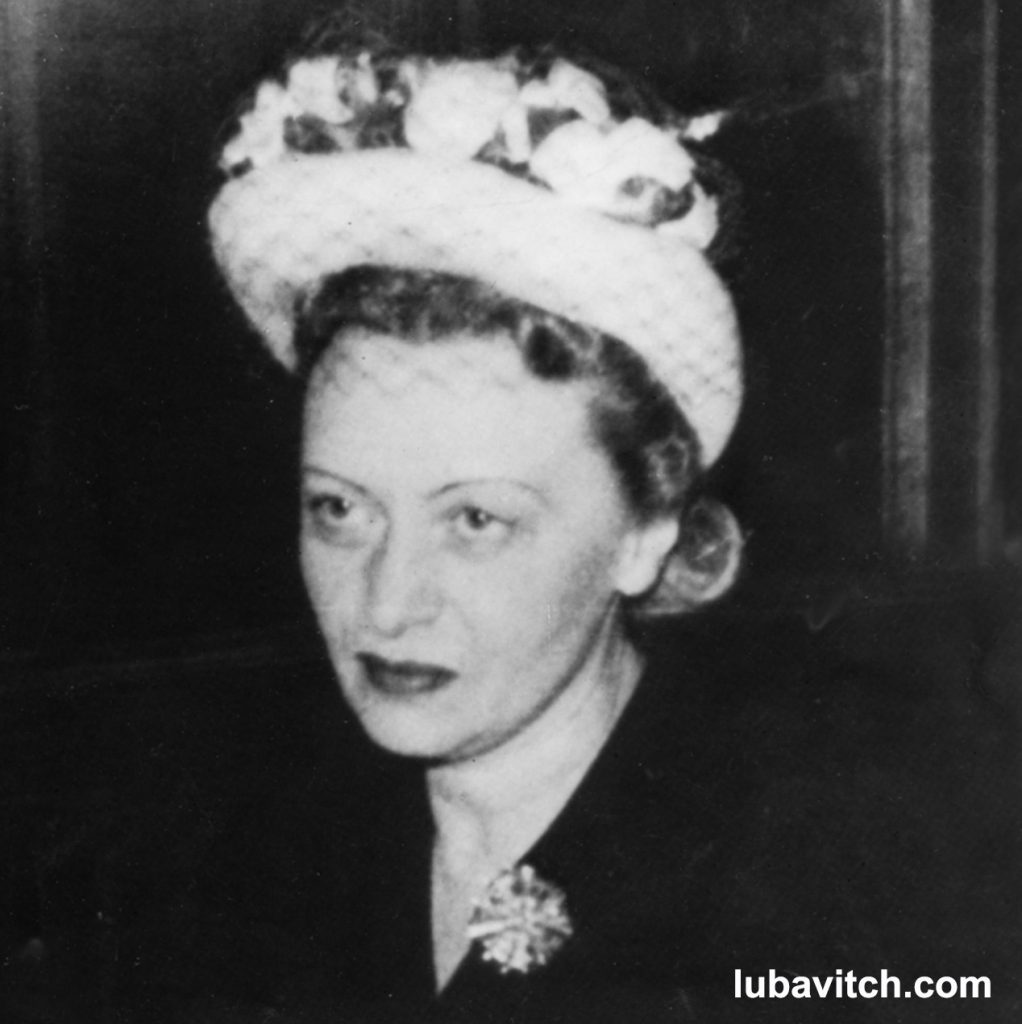 Many daughters have done worthily, but you surpass them all.

The five day Annual International Conference of Chabad-Lubavitch Shluchos begins today in Crown Heights, Brooklyn. The conference of the Chabad women leaders and educators is traditionally held around the 22nd of Shevat, this year on February 18, the 29th anniversary of the passing of our Rebbetzin Chaya Moussia Schneerson, the wife of the Rebbe, Rabbi Menachem M. Schneerson, of blessed memory

Daughter of a Rebbe and wife of a Rebbe, the Rebbetzin carried the mantle of her revered and exalted position in a humble manner and with unpretentious bearing. She was an extraordinarily erudite woman, possessing a pleasant demeanor with grace and nobility, and with a gentle sense of humor.

Throughout the years I served in the Rebbe’s office, I had the privilege of interacting with this remarkable woman on an almost daily basis. I will forever treasure those precious exchanges and the wisdom of her insights and conversations.

Chasidim are forever indebted to her for selflessly sharing her husband with us. I recall the Rebbe’s reticence in 1950 to agree to the entreaties of the elder Chassidim to assume the leadership of Chabad-Lubavitch after the passing of her father (his father-in-law), the sixth Rebbe.

It was Rebbetzin Chaya Moussia who put aside the intrusive effect this would have on her own personal life, and persuaded her husband to accept the critical leadership role of the Chabad-Lubavitch dynasty. Thank G-d, she prevailed, and the Rebbe went on to change the landscape of world Jewry.

This brings to mind the dramatic statement of the great Talmudic sage, Rabbi Akiva, when standing before thousands of his student considering the success of their years of study together and the resulting enormous contribution to the Jewish people, proclaimed “sheli vshelochem sheloh hu.” Whatever you and I have achieved in all the years of our study is credited to my wife, Rachel. Whatever we accomplished is a result of her inspiration (see Talmud, Ketubot 63a).

Rebbetzin Chaya Moussia Schneerson, Chabad’s first lady, is our true heroine. If not for her, all that Chabad Lubavitch is today would never have happened.

The words of the wise are heard [when spoken] softly.

The annual international shluchos conference brings together some 3,500 dedicated Chabad-Lubavitch women leaders and activists in their respective communities. They convene in a manner that is “beneficial and for themselves and beneficial for the world” (Mishna, Sanhedrin 8:5), in deciding how to further advance their mission, leading, teaching, educating, coaching serving and inspiring the people in their communities in more than 90 countries.

Empowered by the Rebbe’s vision, inspired by the Rebbetzin’s devotion and guided by the Torah, the ways of Chabad shluchos, together with their husbands, are clearly “ways of pleasantness, and all their paths are in peace.” (Proverbs 3:17)