Purim Notes From The Chasidic Rebbes 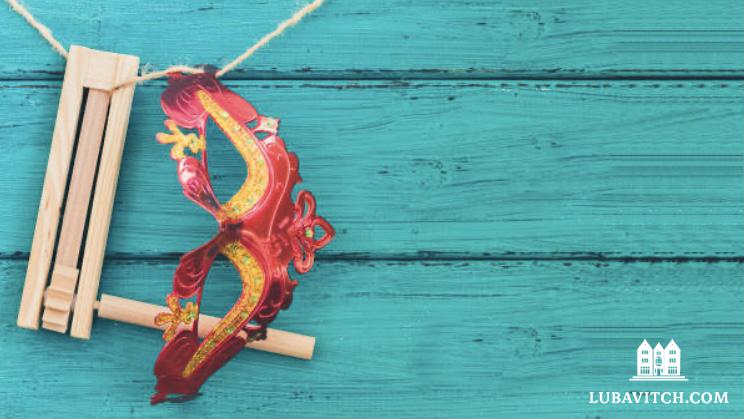 Mordechai was a Benjaminite, but he is called “Yehudi,” literally meaning a descendant of the tribe of Yehudah. Likewise, the Megillah refers to the Jewish people as “Yehudim,” ignoring tribal differences.

Why Yehudi? Yehudi is of the same root as “hoda’ah,” meaning to acknowledge, or to accept. The essence of Jewish identity can be traced back to the unified response of the Jewish people at Sinai, where they expressed acceptance of G-d and His will.

Esther vs. the Maccabbees

The name Esther, from the Hebrew word for “concealment,” is intrinsic to the Purim story, one of disguise, masquerade and illusion.

Unlike the events of Chanukah—miraculous, extraordinary and clearly from “Above”—by which the Jewish people were delivered, on Purim a series of coincidences, none too dramatic at first, conspire to deliver the Jewish people. Camouflaged in the ordinary, the Purim saga is resolved from “below” as it were.

Chanukah celebrates the transcendent aspects in the relationship between Jew and G-d; Purim illuminates a relationship with G-d that pervades the most mundane, everyday details of our lives.

Hence the Chanukah dreidel or the “top” is spun from above; the Purim gragger is held, and cranked, from below.

Casting lots is a way of allowing “chance” rather than reason, to decide. By casting lots, Haman hoped to invest his scheme with the force of fate.

Indeed, it would take extraordinary efforts—of great repentance and personal sacrifice by the Jewish people—to reverse Haman’s lots. For the duration of almost an entire year (Haman’s decree was issued in the first month, Nissan, and reversed in the twelfth month, Adar) the Jews persisted and persevered in the face of looming annihilation, remaining steadfast in their adherence to Torah.

Related Articles
View All
Holiday & Shabbos
From Fruits to Roots
Two generations came together to celebrate Tu B’Shevat, the New Year for trees, at the Friendship Circle of Free Hebrew for Juniors in Montreal, Canada,…
Holiday & Shabbos
Tu B’Shevat: Where’s the Fruit?
But in fact this plant-based holiday takes place in the middle of winter. Considering that the fruits of the trees haven’t yet begun to grow,…
Holiday & Shabbos
Ancient Scroll Sparks New Journey For Iranian Teen
It was about thirty years ago when an old Sephardic Jew named David Abtan walked into my office and said ‘Rabbi, I need a favor…
Holiday & Shabbos
Sukkah On Wheels – Around The World! {Updated}
Send in your pictures to our inbox (info@lubavitch.com) to feature your city’s Sukkah on wheels!
Get Inspiration to your inbox!
Newsletter
Join our weekly newsletter for inspiration and updates
Donate
Find Your Local Chabad Center
Subscribe
|
Log In
Chabad
About Chabad-Lubavitch
About Chabad Lubavitch
The Rebbe
Headquarters
Magazine
Magazine
News
News & Updates
In The Media
Impact
Social and Humanitarian
Social and Humanitarian
Education
Education
Community
Community