Pie (No Longer) in the Sky 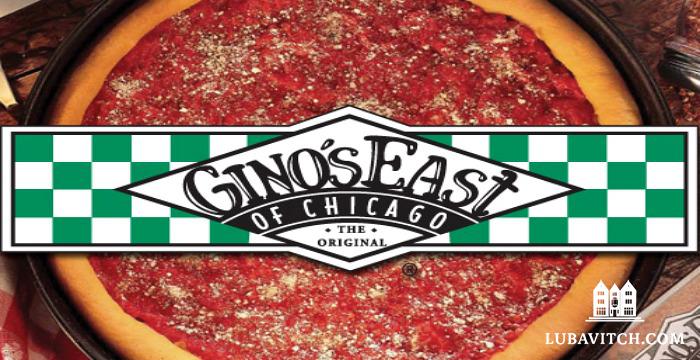 That’s how long it takes to cook one of the new, highly-anticipated kosher Gino’s East pizzas.

But for Rabbi Yosef Moscowitz, the man responsible for bringing Chicago’s world-famous pie into kosher homes, it took closer to five years.

Back in 2012, Moscowitz, who co-founded Bucktown’s The Living Room Chabad center with his wife Sara, wanted to make legitimate Chicago-style deep dish pizza available to the kosher community. The rabbi brought his idea to the top of the pizza empire.

Gino’s East was polite but clear: never going to happen. 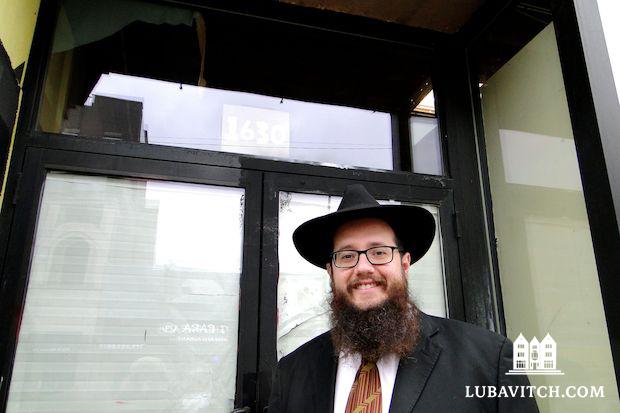 You can’t blame them for their hesitation. After all, creating such a pizza would require juggling the demands of two long-held and uncompromising culinary traditions: Jewish dietary laws on one hand, and Gino’s proprietary recipes on the other. Every single factor of the operation, from the ingredients to the restaurant equipment, would have to appease the laws set down by ancient rabbis, and please the palates of Gino’s chefs.

Count Rabbi Moscowitz among the undaunted. He foresaw that appeal while others were still calculating the risks. But as anyone who’s been around him would attest: if you want Rabbi Yosef to do something, just tell him it’s impossible.

When he returned to Gino’s offices the following year, his idea found a more receptive ear.

“It’s been a long process,” Gino’s president Jeffrey Himmel told Chicago’s DNAinfo. Himmel, who co-owns the restaurant with his father Ivan, says it was the Himmel senior who rooted for kosher pizza. “He kept pushing me and asking about it.”

Logistics were discussed, and tastings were scheduled to see if kosher ingredients could fulfill the high standards that Gino’s is famous for.

They could. And they did—at least judging by the collective “mmmmm”’s filling the rabbi’s Facebook feed this past week.

A frozen version of the deep-dish kosher pizza available in cheese and cheese-and-spinach varieties, is currently sold at the top five branches of Chicago’s Jewel-Osco grocery chain at a retail price of $11.99. Eventually, the frozen pies will be available at all Jewel-Osco stores, as well as in other grocery stores that sell kosher products.

Excited reactions, messages of gratitude, and even stories from childhood have come from every corner of the kosher community. For the observant-from-birth, the pizza offered a chance to finally sample their own city’s signature dish. Younger parents could please picky eaters, and perhaps some proud Chicagoans could finally defend themselves to their New York counterparts in the age-old Chicago/NY pizza debate. 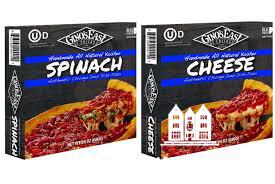 But the most noticeable reaction has come from young or newly-observant Jews. One of the larger struggles experienced by those transitioning from secular to observant living is saying goodbye to familiar foods and favorite restaurants. Due to its personal and logistical challenges, that sacrifice is a common deterrent. That’s the sweet spot Gino’s fills: it offers the newly-observant a reunion with their past, and makes a future of keeping kosher feel more welcoming and accessible.

And soon, promises Rabbi Moscowitz, kosher consumers will enjoy Gino’s East Vegetarian, the kosher Gino’s storefront that is scheduled to open for business on the ground floor of the Bucktown Chabad house. The 4.5-million dollar center is now under renovation, and the storefront is slated to open sometime in 2018.

Related Articles
View All
Popular Deep-Dish Pizza Chain to Open Kosher Branch
Gino’s East, a Chicago-based restaurant chain famous for its deep-dish pizza will soon have a kosher branch in The Living Room, a space under construction…
Stranded Travelers at Chicago O’Hare Get Kosher Meals
More than 200 flights have been canceled at O’Hare Airport in Chicago after a massive snowstorm barreled into the Mideast Sunday, leaving 1,700 travelers stranded…
Get Inspiration to your inbox!
Newsletter
Join our weekly newsletter for inspiration and updates
Donate
Find Your Local Chabad Center
Subscribe
|
Log In
Chabad
About Chabad-Lubavitch
About Chabad Lubavitch
The Rebbe
Headquarters
Magazine
Magazine
News
News & Updates
In The Media
Impact
Social and Humanitarian
Social and Humanitarian
Education
Education
Community
Community