On Campus, A Females-Only Shabbat With Chabad 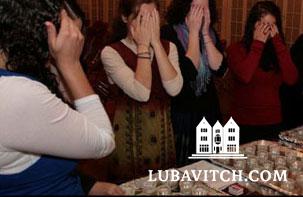 (lubavitch.com) Friday, November 21st is Michelle Bentsman’s 19th birthday. It will be her first birthday as a student at the University of Chicago. And she has chosen to spend it with Chabad.

“I really want to be part of this event,” says Bentsman, “and I don’t want anything—including my birthday—to get in the way.”

“This event” is the fourth annual women’s-only Shabbat at the Chabad Jewish Center on campus. It coincides with the yearly International Conference of Chabad representatives, in which thousands of rabbis convene in New York for a weekend of seminars and networking. With their husbands away, Baila Brackman and many other campus rebbetzins are hosting Friday night dinner for girls only.
The evening’s schedule will include group prayers, singing, home-cooked food, and the much-anticipated highlight: a frank discussion about Jewish views on love and intimacy.

The Chicago Maroons will read a selection of works by noted Jewish experts regarding relationships and love. Brackman will also introduce them to the concept of mikvah through a discussion of its import and associated laws. As the Shabbat candles flicker and wane, the organized program will give way to passionate discussions sure to last throughout the night.

For Bentsman, and many other girls on campuses around the country, this Shabbat will be their first at Chabad. Many girls are planning to come simply because their guy friends won’t be there. “Women are by nature more intimate,” believes Bentsman, “without men around we will be able to express our intimacy without strain or distraction.”

“They can be themselves,” asserts Raizel Brook, who is expecting 30 girls to join her for dinner at the California State University at Northridge. “They don’t have to act, dress, or behave in a certain way because the boys are there.”

Several prominent studies support this claim with the benefits of single-sex education being touted in recent years. Both boys and girls have consistently scored higher on knowledge and skills-based testing when they are separated in the classroom. But researchers have found that girls in particular express stronger self-esteem and greater prowess in academia and athletics in these settings.

Organizers are hoping to tap into this relaxed atmosphere to talk with the girls about subjects that usually don’t come up in more formal settings.

“It is important for college students to hear the Torah’s perspective on love and relationships,” believes Brook. “At this age, the students are starting to make life decisions, many are in relationships, and some are thinking of marriage. If they don’t hear it now,” she states, “I don’t know if or when they will ever hear it.”

Bentsman is eager to discover what Brackman has to offer. “I come from a secular background,” she says, “and I don’t know much about Judaism. I want to hear what my religion says about love.”

At the University of Chicago, students on her campus are holed up in the library on Thursday nights, says Brackman. But this week, many girls have signed up to cook their favorite foods for the communal meal. Others are preparing short stories and Torah thoughts to share. The event’s Facebook page is filling up with messages from the school’s alumnae, who remember the girls-only event as “the best part” of their university experience.

Her Chicago kitchen is already bustling with Shabbat preparations, and Brackman is anticipating Friday night and the company and camaraderie it hails. “It is all about the women,” she says. “There is a certain power when we come together. It is liberating.”