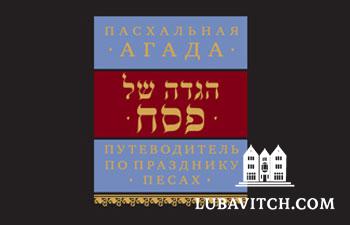 (lubavitch.com/lns) As the director of Friends of Refugees from Eastern Europe, Chabad-Lubavitch Rabbi Yossie Mishulovin has seen Michigan’s estimated 5000 Russian Jews grow in sophistication and understanding of the holiday, and that’s bringing new challenges.

When Russian Jews first attended an authentic Seder, the experience, the “bit of chicken, the soup and cake was exciting enough.  Now, everyone’s on a diet. What they want now is spiritual food,” said Rabbi Mishulovin.

Laws of Passover with Selected Commentaries was written to satisfy very different groups of Russian Jews, according to Rabbi David Okunov, program coordinator for F.R.E.E.’s national office, which published its first Russian language Hagaddah a quarter century ago.

“It’s deep enough to satisfy people who have outgrown the mass community Seder and want to do their own, with real meaning and feeling, and it’s written in a style that will interest those who page through the Hagaddah as they wait for the soup,” said Rabbi Okunov.

The call for a more thorough treatment of Passover was answered by F.R.E.E.’s home office. Working in conjunction with Moscow-based Lechaim Publication House, and funded significantly by the Rohr Family Foundation, the resulting weighty tome offers an exploration of the holiday’s “history, ethical and philosophical basis, laws and customs” along with the technical how-tos of getting ready for Passover, Rabbi Boruch Gorin, editor in chief of Lechaim told Lubavitch.com.

An initial run of 10,000 copies is rolling off the presses in Russia as this article goes live. Five thousand more are being printed simultaneously in the U.S. Laws of Passover and Hagaddah with Selected Commentaries is the latest addition to the Library of Jewish Texts, an ambitious project to translate core Jewish texts that began with annotated prayer books and should eventually encompass 70 volumes.

Library of Jewish Texts’ board pushed the Hagaddah project ahead of the translation of the Five Books of Moses and its fundamental Rashi commentary. Demand for the Hagaddah was that great. “Hagaddahs are used by more Jews, even more than the prayer book,” said Rabbi Okunov.

“I’ve received many requests for a Passover guide in Russian from rabbis from near and far, by email, fax, phone,” Rabbi Gorin confirms. “Passover is one of the most popular holidays. Even those who observe little else, go to some kind of Seder”

Once the Hagaddahs are in libraries of every one of Chabad’s 90 centers in the former Soviet Union, they will be available for in-depth study by the thousands of students now attending Chabad run schools from Uzbekistan to Belarus. F.R.E.E. centers throughout the U.S. and Canada will be stocking up on the Hagaddahs. They will also be available at the F.R.E.E. showroom in Brooklyn, NY. F.R.E.E. is in the process of uploading .PDF files of the text onto its website, www.russianjewry.org.

Rabbi Mishulovin hopes that having a comprehensive Passover Hagaddah available will inspire more people – Russian speaking and not – to host Russian Jews at their Seder tables.

“When your guests come to a Rosh Hashannah table, you don’t give them a prayer book, you give them forks and spoons, but at a Seder, three-quarters of the experience is reading and now they have a beautiful Hagaddah to give them.”