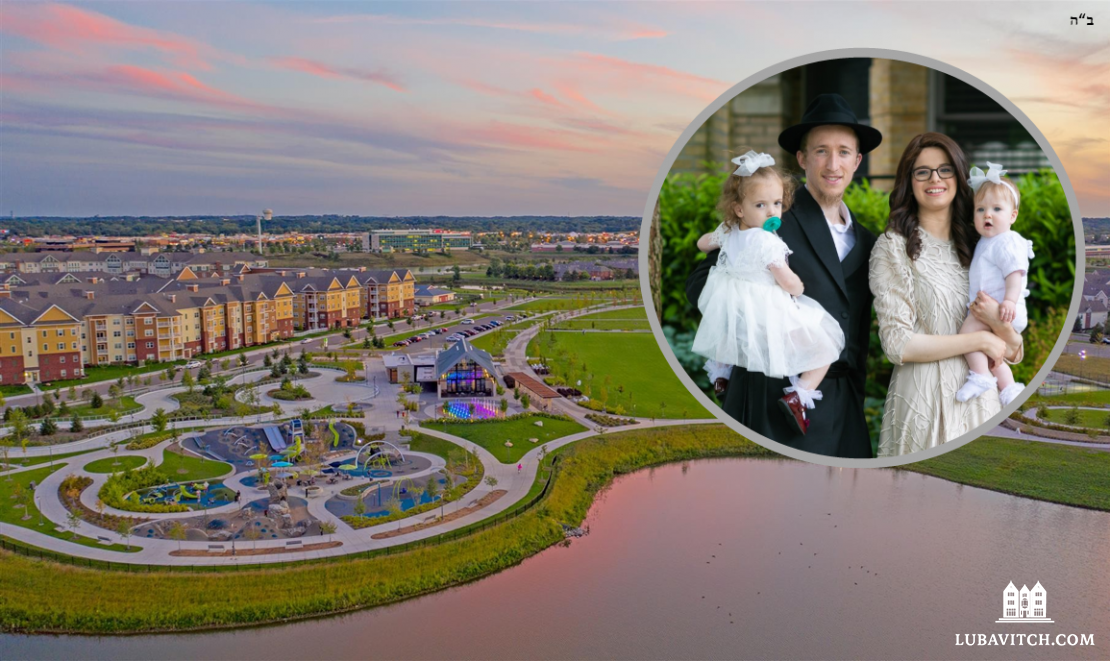 In 1986 a nuclear reactor in the Ukrainian city of Chernobyl exploded. Deadly clouds spewed across Belarus and Ukraine, leaving radioactive fallout that brought radiation sickness, cancer, and in the years to come, a sharp rise in birth defects. Growing up in the shadow of the disaster, Gennadiy Simanovich saw his friends grow sick with radiation-related illnesses. Acting at the urging of the Lubavitcher Rebbe to help children escape the toxic area, Chabad activists got Gennadiy on a flight to Israel. Once there, he was provided with housing, medical care, and an introductory Jewish education.

By 2022, Simanovich had settled in the United States and was surprised when a Chabad rabbi came knocking at his office in suburban Minnesota last month. Rabbi Nissi Naparstek moved to Maple Grove, Minnesota, last November, and together with his wife Mushka, he’s been reaching out to every Jew he can find. “It’s been years since I put on tefillin, but now that you’re here, I have to,” Gennadiy told Rabbi Naparstek with a grin.

Now Mr. Simanovich is one of the half dozen Minnesotin Jews that come knocking on the Naparstek’s door each Sunday to wrap tefillin, pray, and grab a bite of breakfast. The Naparsteks have only been in Minnesota for four months, but already their home is becoming a Jewish center of gravity.

The son of a Rabbi and Rebbetzin, Rabbi Nissi grew up in Marina del Rey, outside Los Angeles, California, where he enjoyed hosting classes in his parents’ home. He always loved teaching and knew he’d enjoy sharing knowledge of Judaism, so moving out to set up a Chabad house seemed right.

Mushka Naparstek grew up in Minnesota, so the frigid winters and deep snow have come as less of a shock; but running the only Jewish organization in the neighborhood comes with its own challenges. “In an established community, there is always something happening,” Rabbi Naparstek says. But in the laid-back suburbs of Minnesota, they’ve had to begin building Jewish infrastructure from the ground up. “If we don’t make it happen, there simply won’t be any programming,” he says.

The neighboring suburban cities of Plymouth and Maple Grove are home to young families and professionals, but also many Jews who left the collapsing Soviet Union in the early nineties. Unlike Gennadiy, who had a formative experience with Chabad, Rabbi Naparstek says that “most people here have had very little exposure to Judaism and have a real thirst to know more.”

Every encounter can be a chance to spark that thirst, as Rabbi Naparstek learned when he booked a Lyft to the airport and met Lev, a Russian Jew who turned out to be from Plymouth. They wrapped tefillin and stayed in touch, now he’s becoming an active member of the Chabad House.

Even though they’ve only just arrived, the Naparsteks already see a community coming together. They teach Torah classes on Wednesday, host Shabbat meals on Friday nights, and Rabbi Naparstek promises more to come. “We want the community to know Chabad as a warm home for Jewish life,” he says.