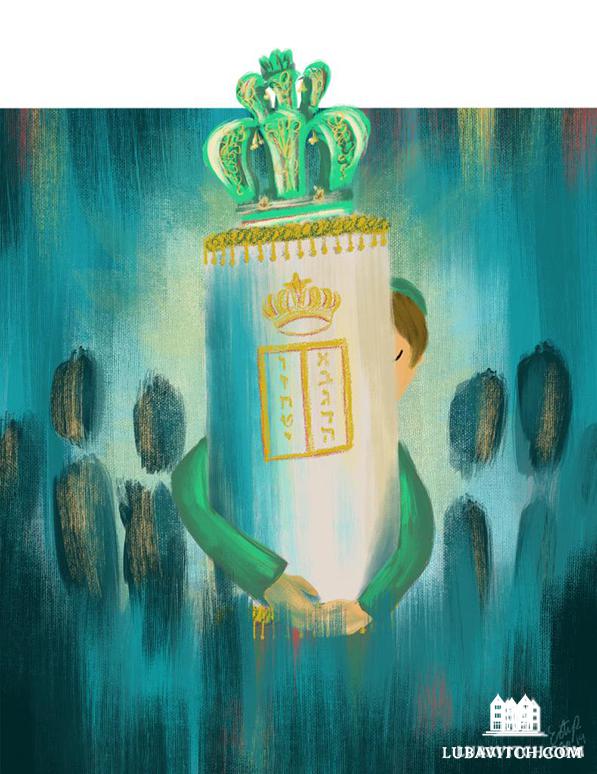 All News
By Boruch Werdiger

Jeremy Cooper, 26, is “running” a marathon, leining every Shabbat for the next 1,000 weeks. Weekday mornings, the Columbia University MBA candidate will get his leining fix at Chabad of the Upper West Side or some other minyan in the city. Cooper’s a newlywed, and he loves traveling with his wife Ellen, but he will never plan a weekend getaway unless he’s secured a leining gig.

By long-established convention, the Torah is split up into fifty-three portions, or sidrahs, so that by reading one—and sometimes two—portions on a regular Shabbat, every community completes reading the whole text each year. Thus Jeremy’s mission amounts to leining the entire Torah a grand total of twenty times. It’s already brought him to ten different countries and some forty-five different shuls (many Chabad Houses) with various leining customs.

Back in Tennessee, where Cooper grew up, he attended the Baron Hirsch Synagogue, the distinguished 150-year-old home to Memphis’s Modern Orthodox community. As he told Lubavitch International, his first foray into public Torah Reading was as a young bar-mitzvah-aged boy, under the tutelage of local cantor and synagogue stalwart Ricky Kampf. He read the weekly Torah portion in shul that week, and would do so several more times over the next few years, but only fitfully, more as a dabbler than a diehard.

In time, that would change. After moving on from Memphis, Cooper began studying in a yeshivah in Israel, where after a moment of self-doubt when denied an opportunity to lein at the yeshivah, he decided to recommit to the craft. It was some time after this that he embarked on, and quite possibly invented, the leining marathon.

Now two years into the marathon—that’s over 100 readings down, and 900 readings and about eighteen years to go—Cooper’s passion project has already proved transformative. Firstly, completing two entire reading cycles has afforded him a kind of bird’s eye view of the book, “a scope of the entire Torah,” as he put it. But more than that, he told Lubavitch International, “leining gives me a great lens into the sidrah that you can’t get with just a standard read-through.”

Indeed, even though his own bar mitzvah lessons are now just a Memphis memory, Jeremy continues to track his own performance as a leiner, and adjust where necessary, whether by improving his pronunciation of the letter ayin, or focusing on how to read a patach-hey at the end of a word. Rabbi Rafe Konikov is the director of Chabad of Southampton Jewish Center, where Jeremy vacations with Ellen, and leins frequently. “Jeremy’s leining is beautiful. He brings refinement to the craft, and it’s always an honor to have him lein for us.”

A thousand weeks in a row might be a bit of a stretch for most, but Cooper’s quest can resonate for anyone who finds themselves getting lost in shul during the Torah reading. Essentially, it is an effort by a member of the laity to lay claim to an area of the service that often gets left behind.

“There’s a whole world to open up to,” he says of leining, “and maybe we focus too much on the bar mitzvah performances. There’s an adult piece to it as well.” One’s birthright, after all, doesn’t expire. Whether by listening, learning, or leining, the Torah is always there to reclaims as one’s own.