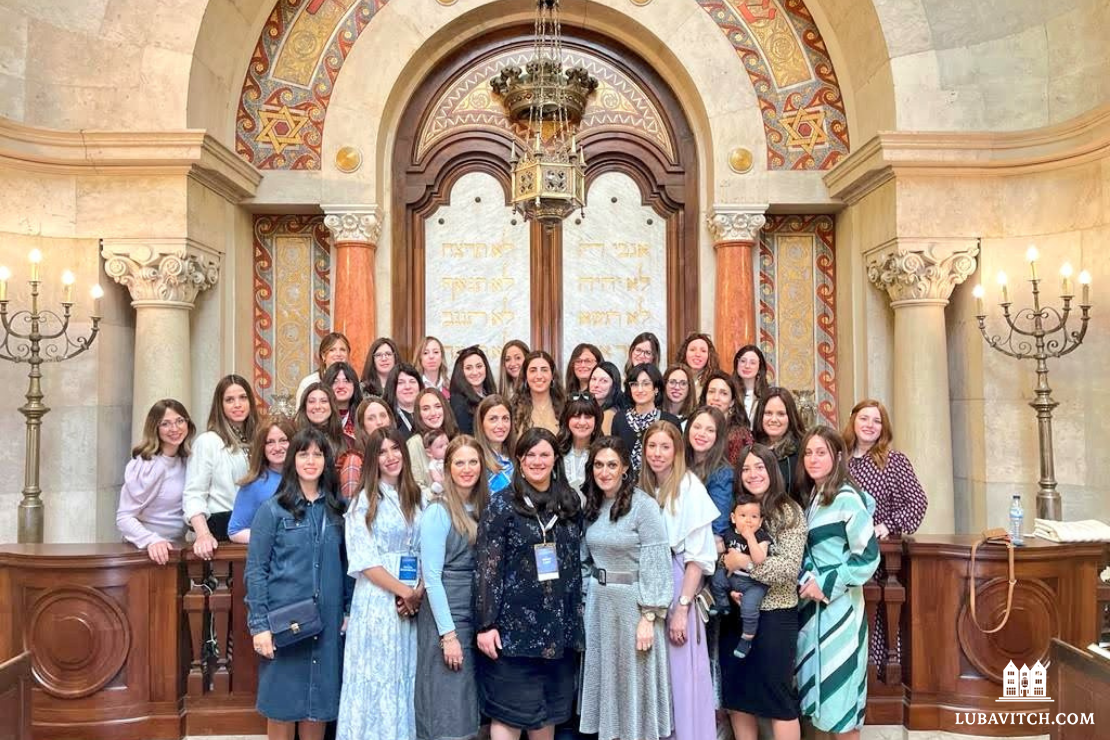 In June 1941, Rabbi Menachem M. Schneerson, the future Lubavitcher Rebbe, and his wife Chaya Mushka boarded a ship from Lisbon’s Rocha da Conde de Óbidos pier that carried them from Nazi-occupied Europe to safety in New York. Last week, several dozen Chabad emissaries representing thriving Jewish communities throughout Europe and Africa gathered at that same pier. Lisbon’s mayor, Carlos Moedas, was on hand, bearing witness to the international movement the Lubavitcher Rebbe built in the eight-one years since the Rebbe’s departure from Lisbon.

Hosted by Lisbon emissaries Rabbi Eli and Raizel Rosenfeld and Rabbi Haim and Hannah Chettrit of Rohr Chabad Portugal at Portugal’s newly constructed Avner Cohen Casa Chabad center, the regional conference catered to emissary families serving small towns and communities across two continents who spend much of their time in remote, isolated areas. “When you live so far from larger Jewish communities, it’s especially meaningful to come together and give each other strength,” said Rabbi Moshe Kotlarsky, vice-chairman of Merkos L’Inyonei Chinuch.

Over three days, the shluchim learned Torah, shared best practices, and farbrenged deep into the night. The conference concluded with a banquet, where Rabbi Rosenfeld remarked upon the significance of the Chabad emissaries gathering in Lisbon. “We didn’t gather here just to celebrate the resurgence of Jewish life in Portugal,” he said. “In the very city where the Rebbe and Rebbetzin once fled the Nazis, we can see the realization of his revolutionary vision for the world.”