Kidpreneurs Experience the Gift of Giving 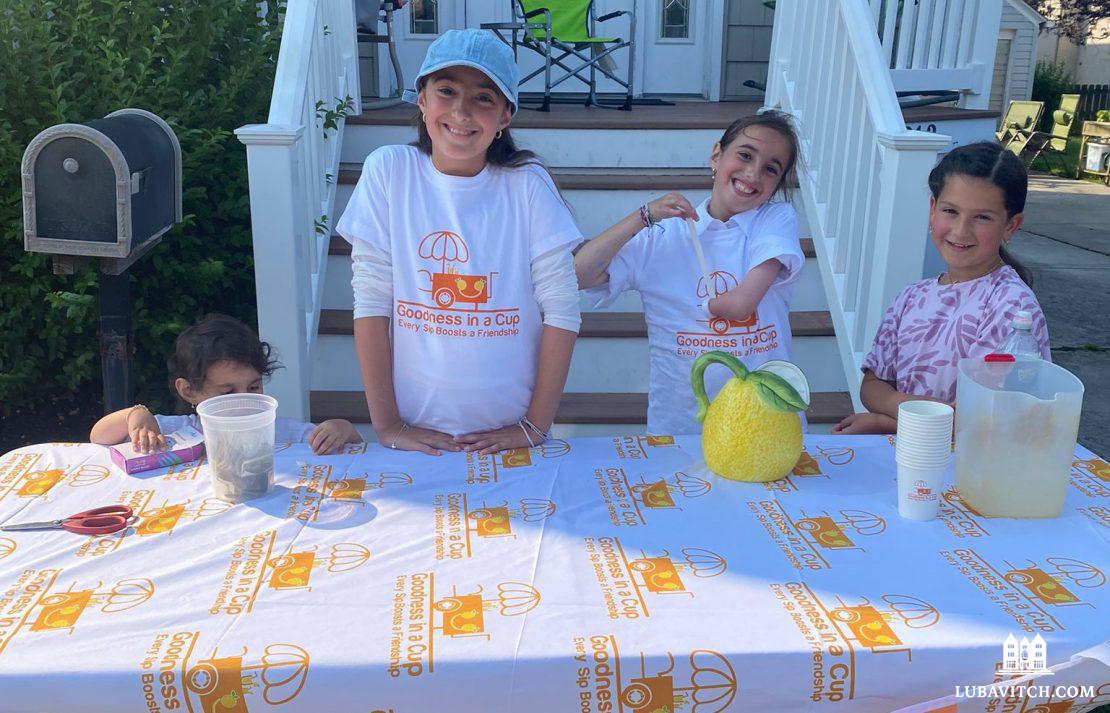 Some thirty five groups of children signed up to raise funds by running their very own pop-up lemonade stands. Friendship Circle provided the eye-catching materials, including branded cups, tablecloths, banners, t-shirts, and a recipe. The children took it from there, peddling delicious, homemade lemonade, along with the opportunity to support a worthy cause.

What started as a homespun Brooklyn campaign spread across the country, with children manning stands as far away as Nebraska, Florida, and California.

“When you give children the opportunity to do something good in their spare time, they will shine,” said Rabbi Berel Majesky, the co-director of Brooklyn’s Friendship Circle. “We are constantly getting calls from parents who want their children to be involved in doing something good and positive with their time, so we created this opportunity.” The feedback that Friendship Circle received from parents of these children was tremendous. Feelings of productivity, empowerment, and success were just a few.

Most of the children who participated are connected to Friendship Circle in some way, but some joined simply for the positive experience. Charity, after all, is a cornerstone of Jewish life, and this was a unique opportunity for children to experience the gift of giving in a fun and exciting way. “I couldn’t believe that someone paid three dollars for a cup of lemonade when it only costs fifty cents,” said one child, excitedly. The thrill of hosting and collecting for a cause was tangible.

“Most kids know that their parents donate to community organizations and that there’s a concept of giving charity, but here is where a kid gets an opportunity to do that,” said Rochel Karp, the program coordinator at Friendship Circle.

Related Articles
View All
Inclusion
Virtual Event to Promote Discussion as Continued Step Towards Inclusion
All too often, individuals with disabilities or those for whom mental wellness is a struggle feel isolated and imagine that no one in the world…
Inclusion
Ep. 17: LifeTown, A Village For The Special Needs Community
The 17th episode in its series of podcasts about the personal struggles and achievements of Chabad representatives
Inclusion
What’s One Thing You Wish They Knew?
ShabbaTTogether Fosters Inclusion and Empowerment Among People with Disabilities and Mental Health Conditions in Jewish Communities Across the Globe with New Program
Inclusion
Pop-Up Deli Serves up Sourdough Goodness
Customers eat for a cause at this deli, supporting the Friendship Circle adults who help run the pop-up
Get Inspiration to your inbox!
Newsletter
Join our weekly newsletter for inspiration and updates
Donate
Find Your Local Chabad Center
Subscribe
|
Log In
Chabad
About Chabad-Lubavitch
About Chabad Lubavitch
The Rebbe
Headquarters
Magazine
Magazine
News
News & Updates
In The Media
Impact
Social and Humanitarian
Social and Humanitarian
Education
Education
Community
Community