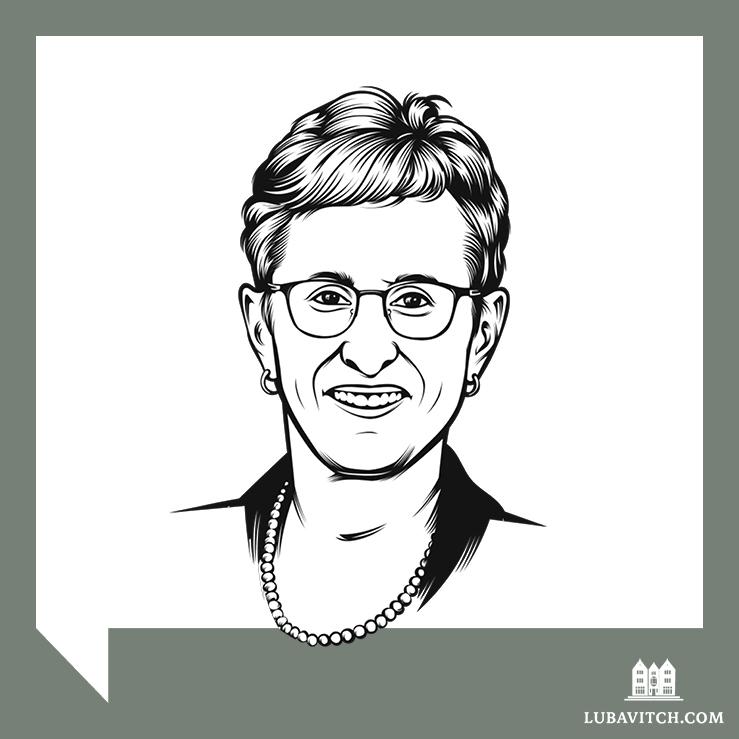 Judge Hollie Levine: To Think Like A Torah Scholar

Back to Issue
By Hollie Levine

Editor’s Note: There are seventy “faces” to the Torah, says the Midrash. Like a prism refracting disparate colors of light, Torah enlightens the entire spectrum of humankind with the wisdom of the Divine. In this feature, we invited individuals who have come to Torah study as adults, to reflect upon something that they have learned.

He who makes peace in His heavens, may He make peace for us and for all Israel . . . —Daily Amidah prayer

Thou shalt not go up and down as a talebearer among thy people —Leviticus 19:16

I was told when I entered law school in 1982 that I would be trained to “think like a lawyer.” During those three years, I learned to look at a set of facts and analyze it in terms of what issues it presented. I was trained to look at existing statutes and case law to determine how these issues could or should be resolved.

When I began to study Torah, I asked myself, what does it mean to “think like a Torah scholar”? I attended my first Torah study class at my Reform synagogue fifteen years after graduating from law school. Another fifteen years later, I started studying through the Jewish Learning Institute (JLI) program offered at Chabad of Binghamton. My Torah studies are still at a nascent stage, but as I see it now, Torah study (unlike the legal analysis to which I am accustomed) begins with a particular text. Its application to various situations is then considered. A learned Torah scholar has developed the ability to apply his or her knowledge of Torah to situations as they present themselves, and to guide his or her actions based on this knowledge.

In my present role as Family Court Judge, I must be aware of what type of speech is permitted in the course of a trial. I took an oath to uphold the laws of New York state, and it is this view of prohibited speech that guides my actions in the courtroom. It is fascinating, however, to deepen my understanding of Torah where it sheds light on similar questions. “You shall not go around as a gossipmonger amongst your people.” Plainly stated in Leviticus 19:16, this text has been analyzed, interpreted and studied throughout the ages. Today, I study Maimonides’s interpretation of this command in Mishneh Torah, Laws of Character Development and Laws of Murderers and the Protection of Life, and it serves to guide the decisions I make personally in regard to my behavior; specifically in if, how, and when I speak about others.

For twenty-five years I have had a lithograph hanging in my office with the words “Tzedek, Tzedek Tirdof — justice, justice shall you pursue” from Deuteronomy 16:20. It is always in my mind that I need to pursue justice. I need to treat all who appear in front of me, no matter how heinous the acts they are accused of doing, with compassion and respect. But through the study of Torah, as I deepened my connection to Judaism, the words of my lithograph have come alive in meaning for me personally.