Jewish Pride on the Field 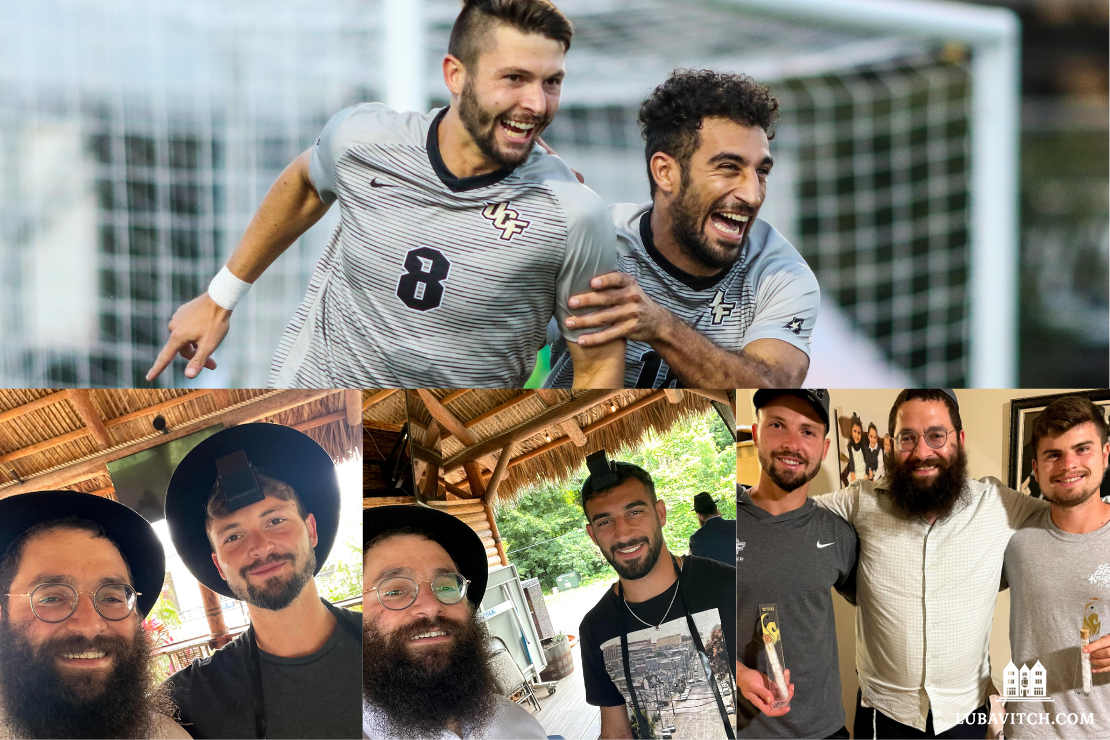 Only days after a momentous tournament victory, Ariel Hadar, Yoni Sorokin, and Itzik Efraim, three Israeli soccer players at the University of Central Florida, were invited to a special Shabbat dinner that Chabad at UCF was throwing in their honor.

For the three champions, celebrating with their Jewish family was a natural choice and an opportunity to show their teammates, a few of whom they invited, what a supportive community they were part of.

“We wanted to show them how much love everyone gives to each other,” said Ariel. “Right now, at this moment, when there is so much anti-semitism, it’s nice to be proud of being Jewish” he added.

Around 75 students showed up for the dinner, and as they sat at a table strewn with shiny plastic medals and soccer-themed paperware, Rabbi Chaim and Rivkie Lipskier, the co-directors of Chabad at UCF, congratulated the players and applauded them for bringing Jewish pride to the field.

“It was important for other students to see how they’re at the top of their game, and yet they never shy away from being proud Jews,” said Rivkie.

After Shabbat, Chaim and Rivkie presented each of the three players with a hand-made mezuzah case inscribed with their names and the UCF logo as a visible reminder of their Jewish pride.

Related Articles
View All
Campus
Largest-Ever Pegisha Shabbaton Brings University Students to Crown Heights
Over 1,200 students, almost 200 Chabad emissaries, came for this year’s Pegisha
Campus
Confronting Cancel Culture on Campus
As political discourse on campus approaches the point of no return, Jewish students and Chabad reps are mining their own argumentative tradition for guidance, inspiration,…
Campus
Ep. 31: Merging Torah And Science: Lessons From The Life Of Dr. Binyomin Abrams
In Episode 31 of Lamplighters: Stories From Chabad Emissaries On The Jewish Frontier, reporter/producer Gary Waleik presents the story of Professor Binyomin Abrams, whose growth…
Campus
Ep. 30: World’s First Chabad on Campus Still Going Strong
The 30th episode in its series about the personal struggles and achievements of Chabad representatives
Get Inspiration to your inbox!
Newsletter
Join our weekly newsletter for inspiration and updates
Donate
Find Your Local Chabad Center
Subscribe
|
Log In
Chabad
About Chabad-Lubavitch
About Chabad Lubavitch
The Rebbe
Headquarters
Magazine
Magazine
News
News & Updates
In The Media
Impact
Social and Humanitarian
Social and Humanitarian
Education
Education
Community
Community