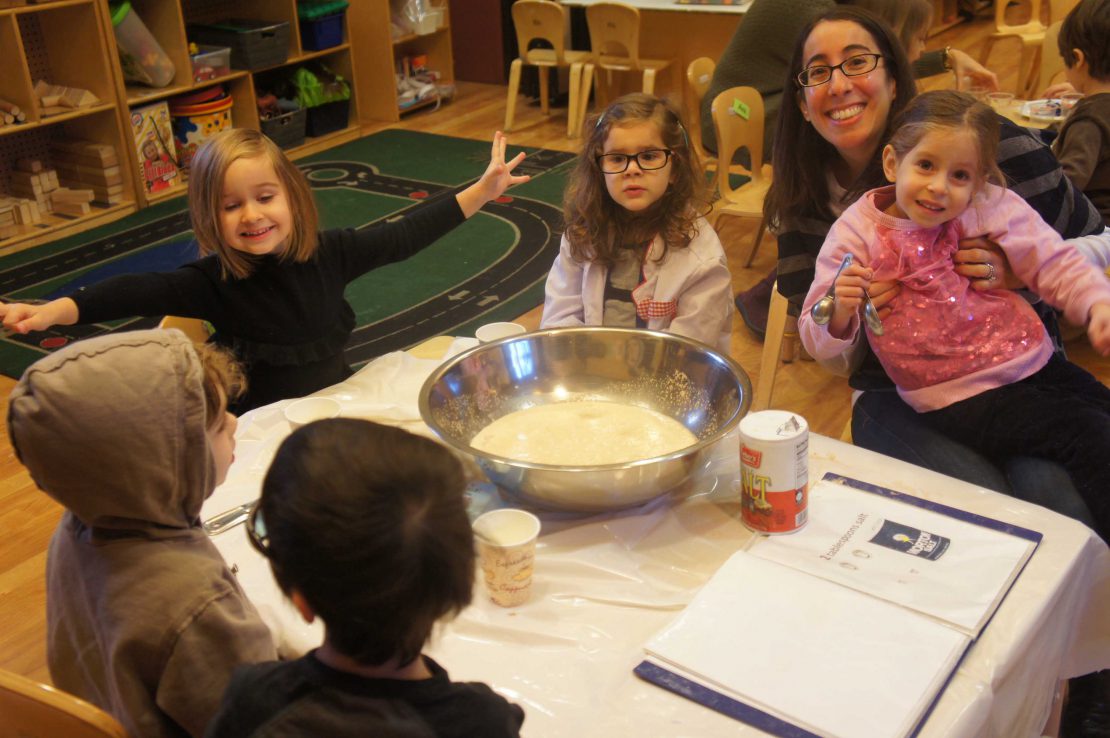 Marlene Rosenberg, a successful senior business management consultant has been living around the corner from Chabad of the Upper East Side for as long as she can remember. But it was only in the past year that she took courage and ventured in gingerly, despite her fears that the experience would be too intimidating.

“Both my parents were Jewish, but we grew up with no real knowledge or Jewish traditions,” she said. “I didn’t read Hebrew, and knew nothing about how to participate at services.” When her sister died a year ago, the loss triggered a hunger, and Marlene was on a quest for something that would bring comfort and meaning to her life.

Of the estimated 56,000 Jews who live on Manhattan’s Upper East Side—the area bounded by the East River to Central Park and 59th Street to 96th Street—only 15,000 affiliate in some way.

“The UES has one of the wealthiest, most assimilated Jewish populations anywhere,” Rabbi Benzion Krasinianski, director with his wife Chanie, of Chabad of the UES, said. “But with this many Jews who don’t affiliate at all, the need and the possibilities are tremendous.” He recalls that when he moved to the area 21 years ago to establish Chabad of the UES, many thought he’d come to the wrong neighborhood.

“People told us frankly that they didn’t see how Chabad would be relevant to Jews here who have reached the summit of success in their careers; that they would have no interest in anything spiritual.” But some like Marlene, sensitive to an existential void that begs a different kind of answer, eventually find their way to Chabad of the UES on East 77th Street and First Avenue.

Others connect when they send their children to Chabad’s popular preschool which has grown to 75 children; or to its Hebrew School where at any given time, 50 adolescents are being prepared for their bar-bat mitzvahs.

Chabad facilities here include the $13 million Schneerson Center for Jewish Life sponsored by George Rohr & Family and the Jacques & Hanna Schwalbe Mikvah sponsored by Peter Schwalbe. The building, featuring a sanctuary, classrooms, commercial kitchen and social hall bookended by a beautiful, spa-like mikvah on its below-ground level that is used by 400 women a month, and an open-air playground on the roof, is bursting at the seams.

Peter Schwalbe recalls that when “we first started building about 12 years ago, I used to say to the rabbi: ‘What if we build this spectacular building and no one shows up?’” But they now have children on a waiting list for admission to the preschool because, he says, “there’s simply no room.”

The Krasinianskis, parents of a large family, deliver a standard of programming and services that often exceeds the expectations of Upper East Siders. “The Upper East Side is a trend setting community and has repercussions around the world. If mikvah is good enough for Park Avenue women, it must be good enough for everyone,” says Chanie.

Nicknamed 7:11 for opening its doors every morning shortly before 7 and closing at 11, the Chabad center sees hundreds of Jews on an average week and more than that participating in its varied and dispersed programs and services: besides the preschool and Hebrew school, it offers well attended adult education classes, a Kollel, daily prayer services, a Friendship Circle. Under the Krasinianski’s leadership, Chabad on the UES has opened Chabad of Hunter College, Chabad Israel Center of the UES, Chabad Young Professionals, and most recently, Chabad’s Medical Outreach program.

“We are often called upon by people who end up here unexpectedly, traumatized by a sudden medical crisis. They need someone to turn to, to lean on, who can help them out with medical referrals, Shabbos accommodations, sometimes with language barriers.”

In addition, Chabad’s designer thrift shop, Solomon’s Wive’s Designer Resale & Thrift on East 89th Street, brings people together for a good cause. Managed by Donna Pressman, who helped Mussa Zakon set up the thrift shop, the store’s proceeds go to support Chabad’s educational and social activities. The shop, says Pressman, is “where we take the material and turn it into something spiritual.”

But above all, says Rabbi Krasinianski, Chabad is here to teach Torah. “There is a real thirst—even among a more traditional element—for Chasidic study. People come back because once they’ve been exposed to the inspiration and depth that Chabad Chasidism offers, they appreciate the difference it makes in their lives.”

Although she admits that she was one of those Upper East Siders who might have thought she’d have no need for Chabad, getting to know Chabad through the Krasinianskis, who are now “family,” has taught her the timeless relevance of Torah. “There was nothing like this when I was growing up. Chabad has brought light, learning and acceptance” to Jews on the UES. “It’s not an old-fashioned thing that doesn’t apply today. Everything that you experience with Chabad has an application today.”

On a December Friday night, some 55 people—all congregants of the Reform New York Shul led by Rabbi Burt Siegel joined Chabad for Shabbat dinner. None had ever been to Chabad before, and they were curious to participate at a traditional Shabbat dinner. After the dinner, Rabbi Krasinianski opened the floor to a “stump the rabbi” session.

“They had so many serious questions; they were so engaged and interested to know more about the Torah’s perspective on a wide gamut of issues. They stayed on for hours.”

Marlene’s first exposure to Chabad, she recalls, was disarming. “They greeted me so warmly and made me feel so welcome. I felt no pressure at all.” There was a first Passover Seder, and then the High Holidays was another first. Soon she was coming more frequently, and now she’s sharing with others her newfound sense of belonging, an inspired Jewish identity, and the rich Torah content that Chabad has introduced to her life. Today, she’s at Chabad every Shabbos and takes time off of work for the rabbi’s Wednesday class.

“It’s opened a whole new world to me, both intellectually and socially. I’ve made new friends here. I’ve truly fallen in love with what I found here at Chabad.”

Related Articles
View All
Radical Reform for Founder, Leader of Popular Manhattan Congregation
On a life-long spiritual quest, 72 year-old Burt Siegel, leader of the Reform Shul of New York has finally dropped anchor at Chabad of the…
Get Inspiration to your inbox!
Newsletter
Join our weekly newsletter for inspiration and updates
Donate
Find Your Local Chabad Center
Subscribe
|
Log In
Chabad
About Chabad-Lubavitch
About Chabad Lubavitch
The Rebbe
Headquarters
Magazine
Magazine
News
News & Updates
In The Media
Impact
Social and Humanitarian
Social and Humanitarian
Education
Education
Community
Community