Jewish Community and Culture Comes to Life in Martha’s Vineyard 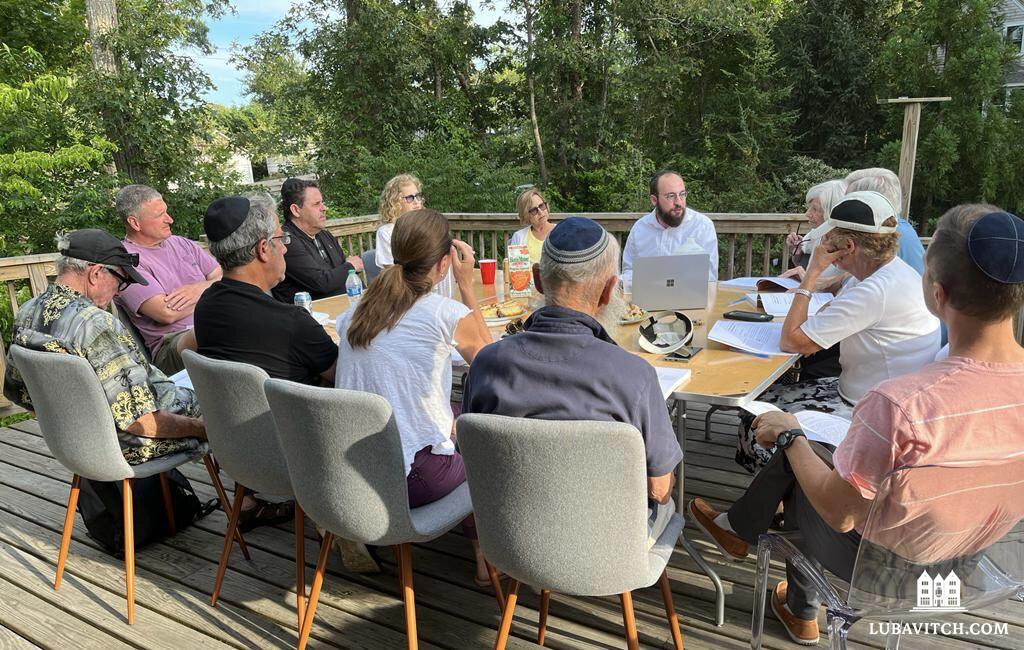 Chabad rabbis and rebbetzins are famed for moving to remote locations to build Jewish life. So it shouldn’t have raised many eyebrows when Rabbi Tzvi and Hadassah Alperowitz boarded a ferry to foster a Jewish community on an island only accessible by ferry or airplane.

Only their new home is no ordinary island, but Martha’s Vineyard, Massachusetts—an idyllic summer getaway made famous by the likes of David Letterman and Barack Obama.

Just off the coast of Cape Cod, Massachusetts, Martha’s Vineyard attracts two hundred thousand visitors each summer and is home to seventeen thousand people year-round. While the island bustles with vacationers, Rabbi Alperowitz says there is a tangible demand for Jewish communal life and learning here. He was introduced to the island by his uncle, Rabbi Yekusiel Alperowitz of Chabad of Cape Cod, who had begun to hear Martha’s Vineyard residents voice the need for a Chabad presence.

Visiting and schmoozing with locals, the Alperowitzes heard sustained interest in a more robust Jewish community. Since the Covid pandemic, many seasonal residents have made Martha’s Vineyard their permanent home. The community has grown, and the opportunity to build Jewish community life has grown alongside it. So ahead of the summer of 2022, the Alperowitzes booked a one-way ticket to the island on the ferry and launched Chabad of Martha’s Vineyard out of their new building in Vineyard Haven.

The reception was warm from the first. When Chabad hosted a community Shabbat meal in late July and again in early September, reservations filled up fast. “We maintain an open dialogue with the community,” Rabbi Tzvi says. “People here are searching for deeper engagement with Jewish learning—so we’ve hosted Torah classes.”

Even if the island has long been home to a long list of Jewish public figures, there’s plenty of room for growth and diversification in the Jewish cultural space. So Chabad of Martha’s Vineyard hosted a three-part speaker series of fireside chats, entitled “Critical Conversations”, wherein author Dara Horn spoke on antisemitism, former US ambassador to Israel Dan Shapiro and Robert Greenway unpacked the Abraham Accords, and Israel’s Ambassador to the UN, Gilad Erdan, spoke about defending Israel on the world stage. The series of talks was made possible by the Paul E. Singer Foundation.

Looking forward, the Alperowitzes plan to host a slew of programs to cater to Jewish islanders’ needs. “Learning and classes will play a big role,” Rabbi Alperowitz says, “but our main focus is on creating a strong, vibrant sense of community.”

Rabbi Tzvi and Hadassah grew up as Chabad emissaries in England and Florida, respectively, and opening their own Chabad center fulfills a long-held dream. While they considered several locations, Martha’s Vineyard presented a unique opportunity to make an outsize impact.

“People here are open to new experiences and looking for meaning,” Rabbi Alperowitz says. “And if someone develops their Jewish connection while here for the summer and takes it back home to their community, that’s an extra ripple effect.”