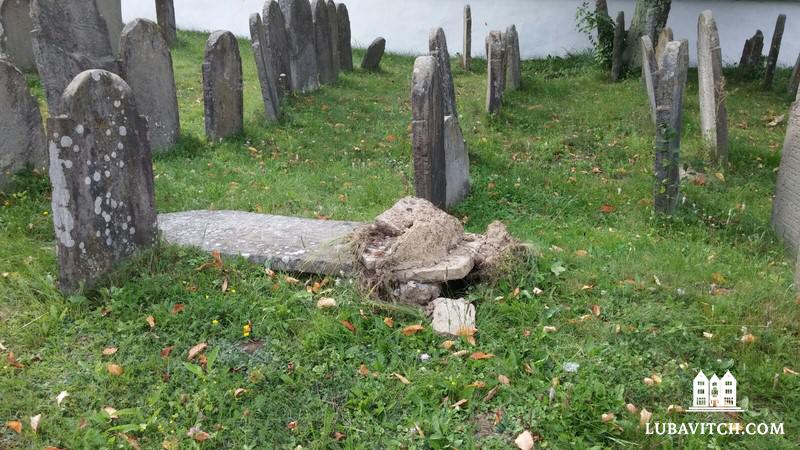 All News
Go to Photo Gallery
By Chava Leiba Witkes

A few days before UN Secretary-General Antonio Guterres pronounced anti-Semitism “alive and well,” the Jewish cemetery of Svalyava, Ukraine, was vandalized. Eduard Dolinsky, the director of the Ukrainian Jewish Committee, in a statement wrote that the incident in Ukraine was discovered August 22nd.

The scenic village once bustled with Jewish life—before Hungarian forces rounded up area Jews in 1944, deporting them to Auschwitz death camps. Twenty headstones were found overturned and smashed at the local Jewish cemetery, one of the only remnants of a once thriving community where Jews made up more than 20% of the population. One of the stones desecrated belonged to the town’s rabbi, Rabbi Shalom Goldberg.

Rabbi Menachem Mendel Wilhelm, Chabad emissary to the Carpathian region, appealed to authorities to condemn the vandalism and pursue the criminals aggressively and bring them to justice. Rabbi Wilhelm also reached out to major Jewish organizations in Ukraine demanding action from central authorities. “These despicable acts cannot be ignored,” he said.

This event follows similar wreckage in nearby cities; earlier this year government officials in Belarus approved the building of a luxury condo over a mass grave of Jewish bones, discovered mid-development.

Though U.N.’s Guterres believes “the horror of the Holocaust should be such that anti-Semitism should now be dead forever,” bigotry, sadly, still continues in Eastern Europe.