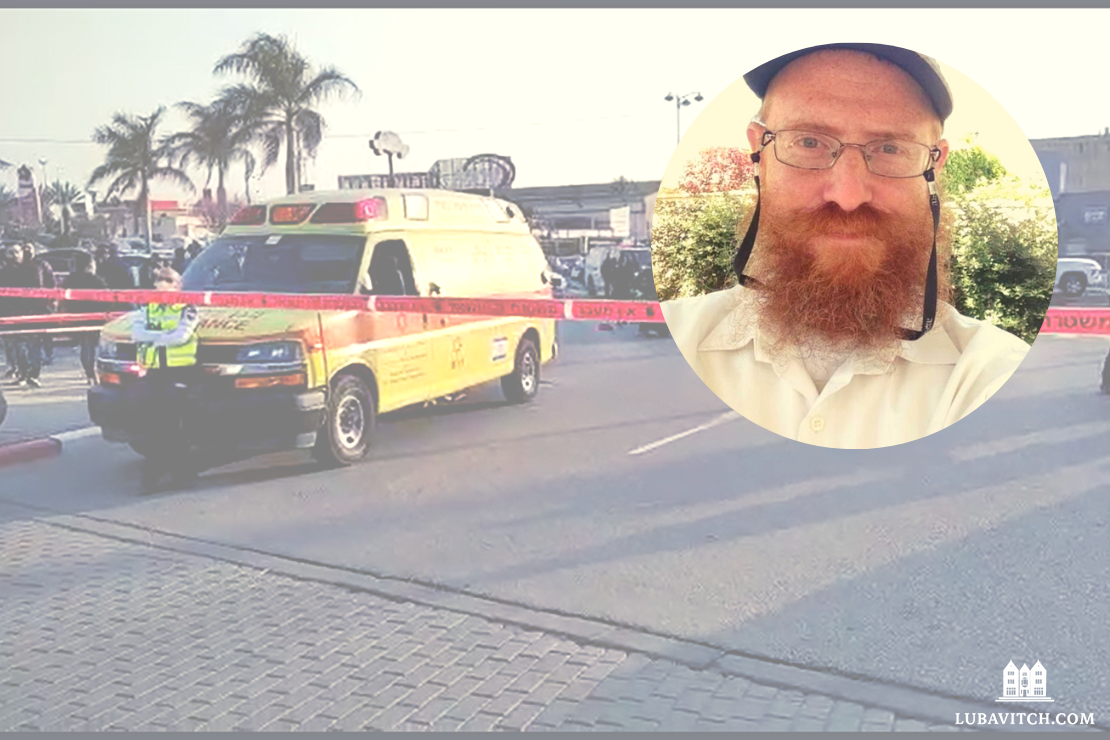 We are saddened and shocked by the brutal murder of Rabbi Moshe Kravitzky in a senseless terror attack near his home in Be’er Sheva, Israel on Tuesday morning. The attack claimed the lives of four innocent people – Doris Yahbas, Laura Yitzhak and Menachem Yehezkel.

Rabbi Kravitzky moved to Be’er Sheva with his family fifteen years ago, and assumed directorship of Chabad’s center in the suburban neighborhood of Nachal Beka. As the Rabbi of the neighborhood’s synagogue for ten years he became known for his humility, his kind heart, and his tireless devotion to the community.

He ran a Colel Chabad soup kitchen out of his synagogue, and provided food to the elderly and the needy. His concern for his community did not stop when he moved away for personal reasons, and he took every step possible to ensure that his work was continued.

“The Chabad community of Be’er Sheva is in shock,” said Rabbi Zalman Gorelik, Chabad of Be’er Sheva’s director, “he invested himself completely into his work with the community, and people loved him.”

He is survived by his wife Miriam and their four children.

Chabad-Lubavitch extends their condolences to the Kravitzky, Yahbas, Yehezkel and Yitzhak families.

Related Articles
View All
Israel
Triple the Numbers! CTeen Summer Inspires Jewish Pride for Public School Students
Yakov Vinnik went from being asked to wrap tefillin at the White House, to sharing the mitzvah with a fellow Jew in Warsaw, Poland. That's…
Israel
Tisha B’Av: Remembering for a Better Future
This evening, Jews around the world will remove their shoes, begin a 25-hour fast, and sit low on the floor in the manner of mourners.
Israel
Rabbi Yehuda Krinsky Visits Ukrainian Orphans
Secured by Chabad Headquarters, a generous grant allows the weary Zhytomyr community to begin rebuilding their lives
Israel
Wounded Warriors Bring Jewish Pride To Campus
COCI has been bringing wounded Israeli soldiers to college campuses in the US to help boost Jewish pride among students
Get Inspiration to your inbox!
Newsletter
Join our weekly newsletter for inspiration and updates
Donate
Find Your Local Chabad Center
Subscribe
|
Log In
Chabad
About Chabad-Lubavitch
About Chabad Lubavitch
The Rebbe
Headquarters
Magazine
Magazine
News
News & Updates
In The Media
Impact
Social and Humanitarian
Social and Humanitarian
Education
Education
Community
Community