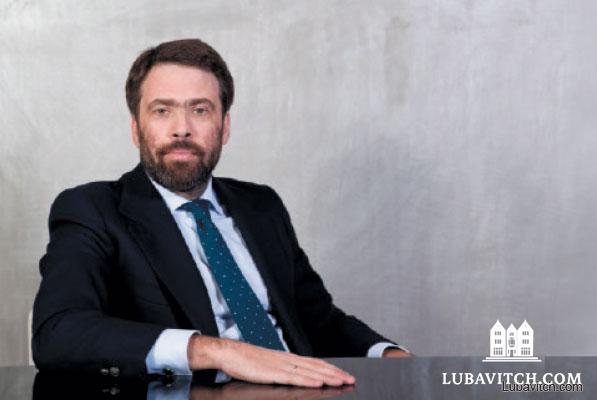 Russian businessman and philanthropist David Aminov exudes a mellow humility, weighing his words thoughtfully as he considers Jewish identity, commitment and the revival of Jewish life in the Former Soviet Union. The son of an officer from the military ranks of communist Russia, Aminov made his first foray into a synagogue with the fall of communism in 1990. Except for a mysterious scroll with unfamiliar script that lay hidden in a draw in his parents’ home, he had no experience of Judaism growing up, less still a sense that his life was lacking—so often the driving impulse of life-altering changes.

We met at one of Moscow’s kosher restaurants where I plied the 46-year-old transportation magnate with questions, interested to understand what motivated a successful businessman and father of six to recalibrate his life after encountering the Lubavitcher Rebbe, Rabbi Menachem Mendel Schneerson’s, shluchim, emissaries. Understated and unaffected in his responses, the interview left me feeling that I had barely scratched the surface of a quiet depth in which much remained unsaid, and more was left to ponder.

Many Russian Jews your age have a memory of a religious grandparent. Is that true for you?

I have no memory of that. Both my grandparents were killed in the war. But I do remember a certain scroll that had been passed down in our family through several generations. I was not supposed to know about it, but eventually found out that it was a megillah.

I knew that I was a Jew because my documents always said “Jew” so I naturally gravitated to friends who fell into the same category. But other than that it didn’t mean anything to me.

When did you begin to connect as a Jew?

When religious freedom came about in the Soviet Union, my friends took me with them to synagogue. But at the time, I didn’t feel any Jewish awakening.

Some years later, I met Rabbi Berel Lazar [the chief rabbi of Russia] and Rabbi Alexander Barada [president of the Russian Federation of Jewish Communities]. That’s when I began to ask questions. I did a lot of reading and learning, and tried at the same time to practically apply some of it in my life.

You were already happily married and quite successful in business. What was the missing piece of the puzzle that made you want to do this?

I can’t say that I felt that anything was missing. I was with the right people who had the right approach, and what they represented felt close and natural to me. Emotionally and intellectually, it resonated with me. In retrospect, I think this [yiddishkeit] was always a part of who I was. 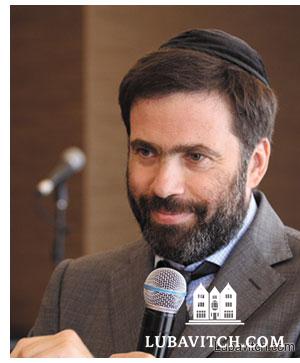 Rabbi Lazar describes you as a Chasid [disciple] of the Rebbe. How did you develop a relationship with the Rebbe, whom you never met personally?

When I became interested in Judaism I heard about the Rebbe. I began reading about him and dipping into some of his teachings. My interest grew and I started visiting the Ohel. I observed the Rebbe on video, I heard his voice, the content of his talks and the way he related to people. I met Rabbi Yoel Kahn and other elder chasidim. I wanted to understand their relationship with the Rebbe. I wanted to understand who this leader—also their boss—was, of whom they all spoke about with much heart and warmth.

Did you have an epiphany? Was there a eureka moment that made you feel like you’ve found the right path?

It wasn’t like that. During my visits to the Ohel I met chasidim who told me about their relationship with the Rebbe—people from all different backgrounds. The idea that one individual had influenced so many people interested me. I asked more questions, I spoke to more people. I got involved with JEM [Jewish Educational Media], and began setting up interviews with former FSU citizens who met the Rebbe. I wrote Russian subtitles for these interviews so I learned a lot this way as well.

But seeing people change before my eyes had the greatest impact on me. I saw individuals who, after spending some time at the Ohel decided to have a brit milah, to start wearing tefillin, and to break off with a non-Jewish partner. These observations mattered deeply to me.

How did your friends and social set relate to you once you became observant?

It’s not easy to make a radical change in your life after age 30, and there were a lot of bumps in the road. When I started to keep Shabbos, my circle of friends diminished. Keeping kosher, not going to parties and weddings on Shabbos, breaking my day for daily prayers—Shacharit, Mincha and Maariv—this strained many of my friendships. Yet it felt natural to me.

Is your family, your wife, on this journey with you?

Ours is like any normal family. My wife is with me on this path because she loves me. We are both moving forward in this direction. And my parents are happy—they see the value of the kind of life we are living.

You’ve come to know many shluchim and observe shlichut up close. As a businessman, what do you think of the shlichut model?

Globally, it’s a very successful project. One way of evaluating a business’s success is by scaling, which is calculated by EBIDTA [a formula for measuring a company’s operating profitability], and in the case of Chabad, this factor is many more times that number.

When I support a shliach, when I support the opening of a Chabad House, I know that this is an investment that will return a very high yield. When you make a connection with just one individual, it can have very far-reaching results. You don’t know how many others will be touched by the one person you reached. You almost cannot overestimate the result of such an investment.

And locally, why do you think Chabad has had so much success reviving Jewish life in Russia?

Chabad is not afraid of working with people who come from very secular places, and that’s important. When young people reach a certain age, they begin searching for something true, and because Chabad brings them a truth that has been tried and proven over thousands of years, with so much heart, they are receptive.

What happened in Russia created a vacuum, and Chabad fills the vacuum. This is true, for example, especially among the youth. Two years ago I spoke to Rabbi Lazar about putting more focus on this segment. We opened youth clubs and began offering youth trips to Israel, and Shabbos dinners for this age group. We started with maybe 10 teenagers. It grew every Shabbos—today more than 200 teens come every week, and this has resulted in Jewish marriages and brissin and greater Jewish engagement.

Of course, as the Rebbe said, if you have 200, you should want 400 . . . So while we see a lot of progress, there are still a lot of people who have not experienced the happiness that I have personally.

You donate generously to support Jewish life here in Russia and elsewhere. What do you say to Jewish philanthropists who make art galleries and museums and parks the beneficiaries of their charity at a time when there is such a need to support Jewish education?

I think that what someone does with their money is their own business. But my personal opinion is that it’s better to invest in people than in things; that you start with those who are closest to you—your family, your community, your people.

That’s a sentiment that would not go over very well today in western liberal, egalitarian societies, where such distinctions are perceived as prejudiced and parochial.

Soviet Russia was an egalitarian society. We saw the destruction of a society that denied the priority of family. We learned from experience how deficient such “equality” was.

What are you presently studying?

I study Tanya with Rabbi Lazar.  And I read many of the books that have been translated to Russian that help me including Rambam [Maimonides], Chumash with commentaries, and other parts of Chasidism.

You live in Moscow. Why did you buy a house near the Ohel?

It seems important to me that anyone who would like to visit the Ohel and experience spending time there should have access. My hope is that this house will make it easier for people who come from Russia and need to spend a night or two at the Ohel.

You are also, I understand, sponsoring the translation of Maimonide’s Mishne Torah and other Jewish classic texts into Russian.

Yes, it’s the same idea—we need to make sure that these resources of Torah and Chasidic learning are accessible to Russian readers.

Which of the ideas in Tanya speak to your imagination?

The Tanya’s central theme—who we are, why we come into this world, that we are not here by chance, that we have a mission to fulfill—which is not easy. This was a new idea for me.

What are your thoughts on the Rebbe’s passing?

I want to thank the Rebbe and the shluchim for the work they’ve done. And to let them know that the responsibility for the Jewish people is shared between the shluchim and the lay leaders.

Many of us who were fortunate to experience life in the presence of the Rebbe feel a real void since his passing 21 years ago. How do you feel that can be resolved?

When you have someone you can go to and ask a question and get an immediate answer, it relaxes your attitude. If you don’t have that, you have to take responsibility, and you cannot shirk it because you represent the Rebbe.

You can choose to see that as a challenge, not a problem.

What would you say makes one a chasid of the Rebbe?

There are so many young people today who never met the Rebbe, yet they have absorbed the Rebbe’s teachings and are passing along to others what they learned from the Rebbe.

I think a chasid is someone who understands that it is not enough for him or her to have yiddishkeit in their life, to be or to become an observant Jew and be satisfied. A chasid tries share to with the next individual what they got from the Rebbe, to make it accessible so that others, too, can learn and experience it. n