Healthcare for the Body and Soul

Chabad at forefront of vaccine distribution effort in Ukraine 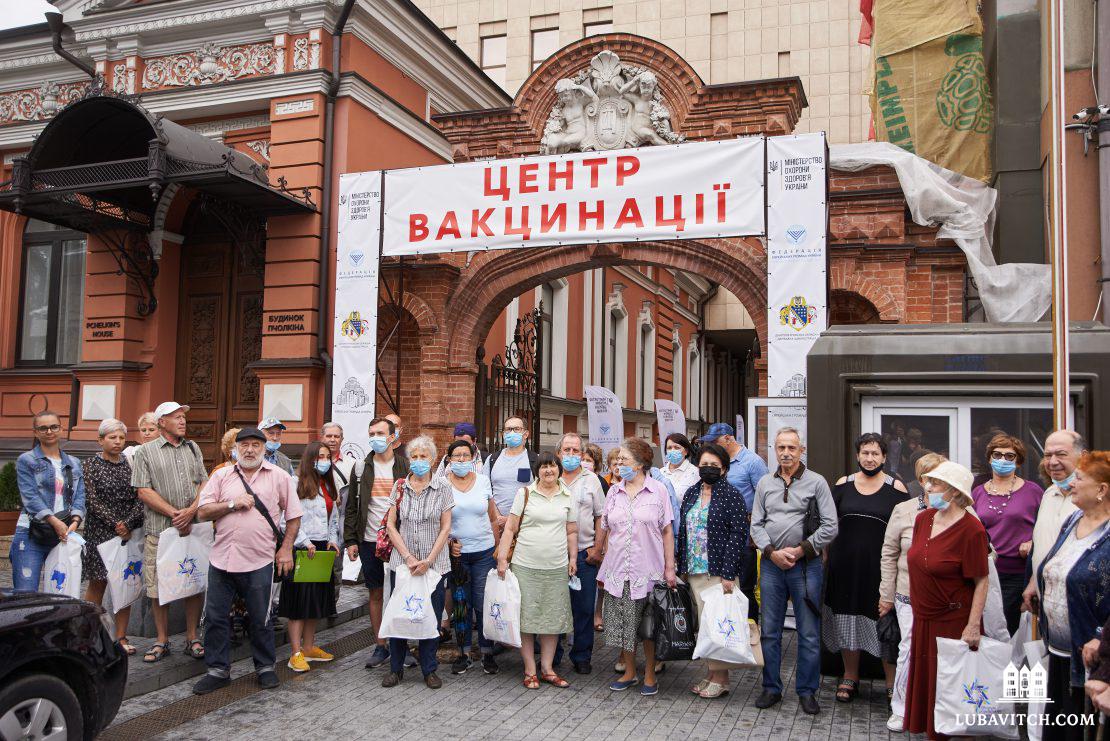 When the Ukrainian ministry of health was devising the logistics of a massive vaccine distribution for the Dnepropetrovsk region, Healthcare Minister Viktor Liashko and Governor of the Region Valentin Reznichenko turned to the Federation of the Jewish Communities of Ukraine.

“The state recognized that in addition to being a religious institution, we had the resources to mobilize and provide humanitarian support, securing vaccinations for all citizens in the Dnepropetrovsk Region,” said the region’s Chief Rabbi Shmuel Kaminezki.

The JMC had already proven itself a key partner in fighting the COVID-19 battle. In the early days of the pandemic, it had been at the forefront of efforts, gathering vital PPE, oxygen tanks, and ventilators. Under the leadership of Professor Alexander Rodinsky, it quickly built a facility to accommodate COVID patients so as not to overwhelm hospitals. It was just one example of JMC’s mission to provide quality yet affordable healthcare to the elderly, needy, and uninsured.

Partnering with the Dnipro Jewish Community and the JMC would be most efficient in the state’s efforts to vaccinate its population against the Delta variant.

Massive tents were erected at the Menorah Center. Doctors, nurses, and other helping hands were hired. And on June 20, hundreds of residents of the Dnipro region from every background, race, and ethnicity began streaming in to get vaccinated, free of charge.

Lilia Krasnobaeva, 76, was one of those vaccinated at the JMC. A high-risk cancer patient, she had been isolated in her home since the pandemic began. “I felt completely cut off from the outside world,” she says. “But now that I am vaccinated, I can go out, I can go back to living life. I am so grateful to the Dnipro Jewish Community for giving me this opportunity, for saving me from loneliness and the mortal risk of the virus.”

Zelig Brez, director of the Jewish Community of Dnipro, says, “We expect this initiative to continue through December and possibly well into 2022.”

Collaborating with Chabad centers that make up the Federation of Jewish Communities of Ukraine, the initiative has been busing in people from Jewish communities from as far as Lvov, around 600 miles away, to get vaccinated. While there, they are treated to tours of the impressive Jewish infrastructure, like the Menorah Center and Holocaust museum, and get to experience the thriving, big-city Jewish community. They come home inoculated against the virus and inspired in their Judaism. All free of charge.

Travel, lodging, food, medical exams, and tours are sponsored by the Dnipro Jewish Community. Vaccines are covered by the state. Part of the funding and professional expertise for the original establishment of the JMC and its present COVID response came from a decades-long partnership Dnipro enjoys with its sister city, the Jewish Community of Greater Boston, Massachusetts, led by the Combined Jewish Philanthropies (CJP).

Most Chabad centers are focused on the traditional, spiritual well being of their constituents. “But people first need to be healthy before you can introduce them to spirituality,” says Betsy Hecker, co-chair of CJP Global Caring. “It’s amazing that the Jewish community stepped up to the plate, working with the government for all the people of Ukraine. And they’re saving lives.” Kaminezki says caring for the physical welfare of the community is “a major part of our responsibility as Chabad emissaries.”

Brez says they take inspiration from the city’s rich Chabad history as the childhood home of the Lubavitcher Rebbe, where his father, kabbalist Rabbi Levi Yitzchak Schneerson, was the chief rabbi for over thirty years. As a result of his unyielding religious activism, the Soviet regime eventually exiled Rabbi Levi Yitzchak to a remote village in Kazakhstan, where he passed away. “He gave up his life for the Jewish community of Dnipro,” says Brez. “We are aiming to continue his legacy, but now in a time of religious freedom, when the Jewish community isn’t just no longer oppressed but is thriving and central to the city’s culture.”