Getting A Head Start On Rosh Hashana With Chabad 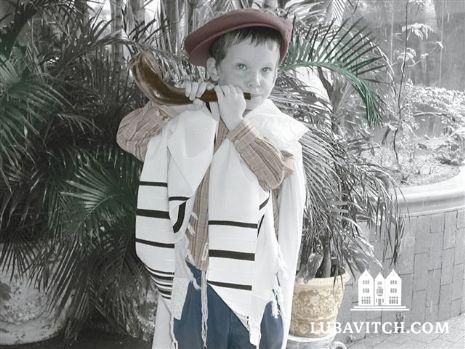 (lubavitch.com) Rosh Hashana is probably the best known and most widely observed Jewish holiday. And, with hundreds of thousands of free seats available and prayer services to meet the needs of people at every level of observance, Chabad has helped make this holiday even more accessible.

The crowds that filter in over the holiday present Chabad rabbis with a unique opportunity to reach out to Jews who might otherwise never step foot in a synagogue. But Rosh Hashanah is not without its challenges, and spiritual leaders know they must provide a meaningful and engaging program whose effects will linger on long after the holiday season over.

As an analogy for what happens to synagogue attendance over the course of the Jewish calendar year, Rabbi Shmuel Marcus of Cypress, California, points to fluctuating attendance at gyms. “In January the gyms are always full,” says Marcus, “but by March there is a major dip in attendance. Likewise, on Rosh Hashana the synagogue is filled with great intentions: we need to make those resolutions reality.”

This Rosh Hashana Marcus will oversee two separate services, one for beginners that will include generous explanation and commentary, as well as an advanced service for those already familiar with the holiday service. A children’s program and apple-dipping party will round out the programming at Chabad of Cypress, to engage Jewish people of all ages.

“People want to pray, they have serious things on their mind now,” he says. “They are much more focused on what matters. They need a place to pray and connect with G-d. People want their prayers to be answered.”

But it’s not enough to connect spiritually at the beginning of the new year, says Marcus. In fact, he plans on telling his congregants to make their new year resolution about “the Jewish soul.” Specifically, he hopes to focus on the importance of Jewish education, and to encourage those in attendance to make a commitment toward education, which, he says, is a vital first step toward spiritual growth.

“Rosh Hashana, the Lubavitcher Rebbe taught us, means ‘head’ not just ‘beginning,” explains Rabbi Yehoshua Metzger, of Chabad of Midtown Manhattan. “The way the head goes, the body follows. I try to encourage Jews who are spending the head of the year here to follow that lead throughout the year by joining classes and programs.”

This year, Metzger, who regularly hosts representatives from 10 countries at his midtown Manhattan Shabbat table, expects larger than usual numbers, in part because New York’s Fashion Week coincides with Rosha Hashana. Holiday festivities will be held at the historic Bar Association just off of Fifth Avenue, and the program will reach out to locals, tourists, and businessmen.

Chabad of The Conejo Valley

As in years past, Rabbi Moshe Bryski will be tooting the ram’s horn at the Hyatt in Agoura Hills, California where 1,500 people are expected throughout the High Holidays. According to Bryski, Jewish people feel “a connection to their heritage at this time of year, more than any other. They want to be in a synagogue, because this is where they feel at home.” Bryski insists that “every Jew, religious or secular as they are, is wanted, needed, and welcome.”

Like Marcus, Bryski sees the Jewish New Year as a launching pad. “I try to challenge people to make a positive resolution for right after the High Holidays. Build a sukkah, shake a lulav and esrog, attend a class. Do something immediately that will really change lives.”

His nudging is gentle; there is no fire or brimstone from this pulpit. “The Rebbe’s point was to never utilize sermons for criticism or lecturing,” he says. Instead, Bryski reaches out with warmth and encouragement toward all Jews.

Rabbi Simcha Weinstein of Chabad of the Pratt Institute in Brooklyn doesn’t believe in sermons. Weinstein plans to “cater to his constituency,” at this acclaimed arts school, where students designed Chabad’s new center as well as its High Holiday promotional material. This year’s student-driven service, the first on Pratt’s campus, will “synthesize arts with theology.”

“I believe in dialogue, not monologue,” says Weinstein. “It is important that the services be interactive, intellectually-stimulating, heart-centered.” Weinstein refuses to subject his students to what he calls “a sermon-induced coma.”

The 100 attending students, many of whom will stop by in between classes, are free to interrupt the service for discussions and debates. Students may question the notion of life and death and the very idea of a day of judgment. Some, who come primarily “because of guilt from their overbearing Jewish mothers,” can take advantage of the opportunity to talk with the rabbi and with peers about feelings of apathy and disconnect.

Rosh Hashana, says Weinstein, “is a heavy time. Everyone is grappling with existential issues. This generation is filled with seekers and searchers on a quest for an authentic Jewish experience.

“I want to inspire their intellectual curiosity” and invite them on “a path to find their own answers. After all, we are all seekers.”