For Law Student at Chapel Hill, A Circle Closes 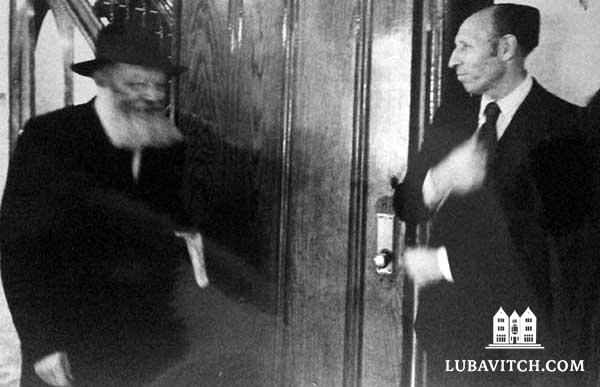 When Kathryn Kushner first walked into Chabad at the University of North Carolina in Chapel Hill, her grandfather Abraham Kushner, a Lieutenant in the New York Police Department, must have been smiling. Lt. Kushner, who served the NYPD for close to four decades, acted for many years as the liaison with Jewish groups and the department.

Lt. Kushner played a vital role in protecting the Jewish people of New York City, and worked to keep an open channel of communication to maintain a positive relationship between the Jewish communities and the NYPD. In his position Kushner assisted Chabad for many years in obtaining permits for various Jewish activities in public space, including obtaining permits for the grand Jewish parades held in front of Lubavitch World Headquarters.

When Chabad first began using mobile homes as “Mitzvah Tanks” in the early 1970’s, the Lieutenant penned a letter on police stationary, asking for courtesy to be given to the mobile homes when parked on the busy streets of New York City.

Those familiar with the Lieutenant, describe him as someone with warm feelings to his Jewish roots, willing at all times to assist with anything he could.

As a law student, Kathryn Kushner arrived at the University of North Carolina, shortly after her grandfather passed away at the age of 91, where she was introduced to the local Chabad. Becoming an active member of the Chabad House, she learned about the Lubavitcher Rebbe, from Chabad representatives Rabbi Zalman and Yehudis Bluming.

When her father, Dr. Gary Kushner, the Dental Director of the Mecklenburg County Health Department in Charlotte, North Carolina, was recently visiting his mother, he discovered the photo of his father with the Rebbe. Standing near the Rebbe’s study, Lt. Kushner could be seen dancing in his place as the Rebbe was entering the prayer service.

The photo closes a circle between granddaughter and grandfather. He once assisted Chabad in its work to reach unaffiliated Jews, now she is invested in Chabad activities some five-hundred miles away.

“It opens your eyes to the fact that every action has a reaction, a ripple effect. You never know two generations later when Chabad will be there for your granddaughter’s Jewish needs in Chapel Hill,” Yehudis Bluming said.