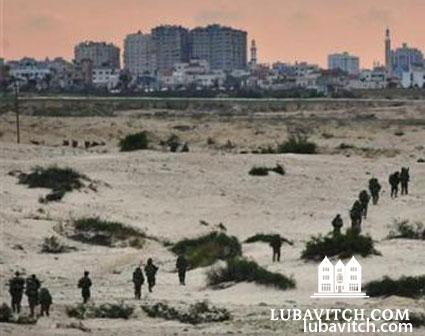 All News
By Zalman Nelson

(lubavitch.com) As part of his efforts to share Chasidic philosophy with Israel’s many yeshiva students, Rabbi  Moshe Shilat created the Lev Ledaat network of evening learning programs. Six months ago the students expanded on the concept, sharing their learning and inspiration to soldiers by making weekly visits to local army bases.

Lev Ledaat’s students meet with soldiers once a week in addition to four evenings of learning as a group. Classes on the bases are engaging and exciting, covering the Torah portion of the week, Chasidic philosophy and Kabbalah, and Jewish law. Once a month, the students arrange special gatherings to celebrate holidays and special events on the base.

The program enjoys the full support of the IDF’s Rabbinate who praised the students as “special young men who express the dedication and commitment of a soldier via their studies.”

Tens of bases throughout Israel host Lev Ledaat classes each week, including three in the south close to war-impacted Sderot and Gaza. At all five centers the program has continued despite many participants signing up to fight in Gaza.