Ep. 26: From Revolutionary Iran To Outreach In California 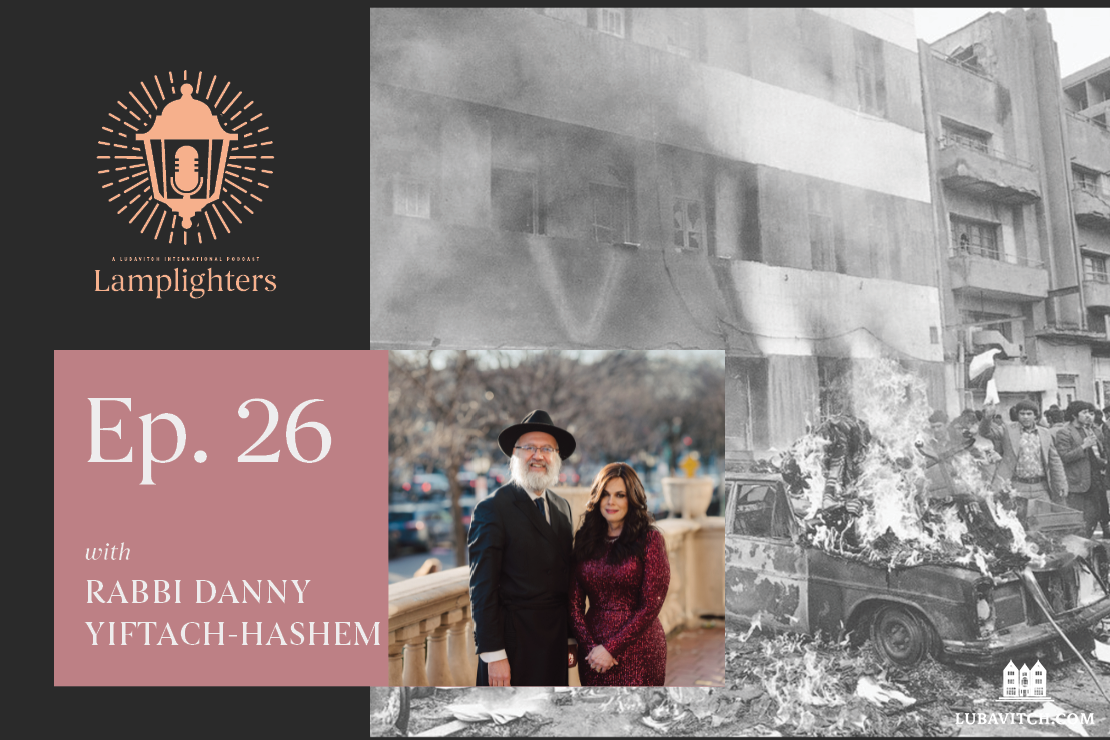 In Episode 26 of Lamplighters: Stories From Chabad Emissaries On The Jewish Frontier, reporter/producer Gary Waleik presents the story of Rabbi Danny Yiftach-Hashem, who was one of hundreds of Jewish-Iranian children rescued in Operation Exodus, a bold Chabad initiative to save as many Jewish children as possible from the dangers of the Iranian Revolution. More than four decades later, Yiftach-Hashem, along with many of the children who were on the same plane out of Iran, are strengthening Yiddishkeit in the U.S. and in the Middle East.

Lamplighters: Stories From Chabad Emissaries On The Jewish Frontier is producing a series of moving, beautifully produced, sound-rich and often surprising stories of Chabad shluchim and the people they inspire in every corner of the world.