Entrepreneur Says It’s Time To “Give Back” To Chabad 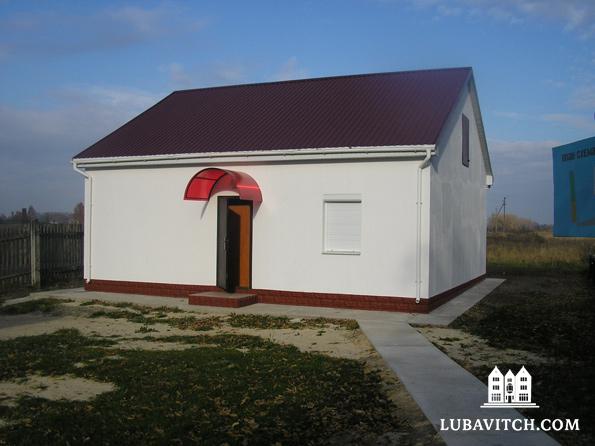 (lubavitch.com) What’s a successful entrepreneur doing sponsoring the publication of an esoteric, Chasidic discourse? Or repairing the gravesite of its author in some remote Ukrainian townlet?

Mouli Cohen, 51, who made his fortune as an investor in biotechnology and hi-tech enterprises, believes in “giving back.” And he wants to give back to Chabad, he says, because of what Chabad gives to the world.

Specifically, the Israeli entrepreneur/philanthropist who is involved in humanitarian charity as well, has directed his Jewish philanthropy towards projects related to the second Chabad Rebbe, Reb Dovber Schneuri, known as “the Mitteler Rebbe” (1773-1827).

Lubavitch.com met with Mouli and his wife, Stacy, in New York City on a Friday morning in July. Encountering Rabbi Asi Speigel in 1998, he says, has changed his outlook on life. “It was just before Yom Kippur,” reflects Mouli, who was then living in S. Francisco, “and I wanted to find the right synagogue.”

Mouli gravitated to Rabbi Yosef Langer’s Chabad House just as the High Holiday services were beginning. As he took his place near a young rabbinical student, the solemnity of the holiest day of the year weighed heavily upon him.

“I told this young man whom I did not know, that Yom Kippur is making me feel nervous,” says Mouli, “and he told me that Chabad teaches us to come into Yom Kippur in joy and with faith that G-d will forgive us and bless us with a good year.”

For Mouli, born and raised in the Shaarei Chesed neighborhood of Jerusalem, Asi’s observation was an eye-opener, and a long and fast friendship formed quickly.

Rabbi Spiegel, today Chabad emissary to Eugene, Oregon, with his wife Aviva, is an enthusiast of the Mitteler Rebbe’s works, introduced Mouli to this early 19th century  Chabad leader.

“In 1985,” recalls Asi—today the Chabad representative in Eugene, Oregon, “the Lubavitcher Rebbe issued a call to publish all the discourses of the Mitteler Rebbe.” Then a rabbinical student studying at the central Chabad Yeshiva on Eastern Parkway in Brooklyn, Asi was recruited by the Lubavitch publishing house, Kehot Publication Society, to take part in this effort, proofreading some of the manuscripts.

“My exposure then to the Chasidic ideas of R. Dovber made a deep impression on me, and I’ve since taken pleasure sharing his insights with people who study with me or spend time at our Chabad House.”

Asi and Aviva have worked creatively, building a vibrant Jewish experience both at the University of Oregon and in the city’s residential community, from the ground up. His affinity for the work of R. Dovber generates unusual inspiration and introduces an interesting esoteric dimension to the Spiegels’ outreach activities.

“When Asi started here, there was not much going on Jewishly. He and Aviva have really put Eugene on the map,” says Mouli, whose personal curiosity about the writings and life of R. Dovber was sparked by Asi.

Years later, Mouli continues to “give back” to the sources that nurtured him early on, sponsoring Chabad of San Francisco’s High Holiday services to this day, while contributing generously to the work of Chabad in Eugene.

But Asi also introduced Mouli to the international reach of Chabad. Today, says Mouli, “I believe big time in the Rebbe and what he created, and I’m giving back.”

On a visit several years ago to the gravesite of R. Dovber in Nizhyn, Ukraine, Asi was disheartened by the neglect and abuse the cemetery and this particular gravesite had weathered, despite efforts by others in the past to maintain the place. “I called Mouli from Nizhyn. I told him this place must be repaired,” says Asi.

One year later, working with the European Jewish Development Fund and regional Chabad representatives, Mouli, who admits that he likes to see fast results and big impact, had the project completed. Indeed, the site now has welcoming facilities with heat and water, where visitors can warm up even during the frigid winters with a cup of tea and a comfortable place to pray and meditate.

His recent sponsorship of R. Dovber’s Chasidic work Imrei Binah, which explores cardinal tenets of  Jewish faith from the unique Chabad perspective, is another example, he says, of his penchant for projects that make an immediate difference. Out of print for some time, this important work, published by Kehot, has been newly reset, edited and annotated, empowering readers to understand deeply, the relevance of Chabad to our lives today.

Imrei Binah, promises Mouli, will be followed by the publication by Kehot of Biurei Ha-Zohar, a Chasidic exposition by the same author, of the kabbalistic primary text, the Zohar.

“Mouli has a special neshama,” says Asi. “We both feel blessed for the privilege to be involved in such special projects that connect us to our Rebbes.”

On a visit to the ancient city of Hebron, steeped in Jewish history, Asi introduced Mouli to Chabad of Hebron’s Rabbi Danny Cohen. Hebron was the hometown of R. Dovber’s daughter, Menucha Rochel Slonim and Mouli soon collaborated with Danny on related restoration projects to bring more of R. Dovber’s life, among other historic aspects of Hebron, into the public eye.

Mouli is effusive in his admiration for Chabad emissaries and the passion they bring to their work—work, he maintains, that gives life and meaning to Judaism, and makes its future possible.

“Chabad is the spiritual counterpart of General Electric,” says the software investor, unable to resist the analogy. “But instead of making profits, Chabad makes souls.”