Emerging From the Shadows, Zagreb’s Jews Celebrate a New Mikvah

To Identify, To Learn, To Practice 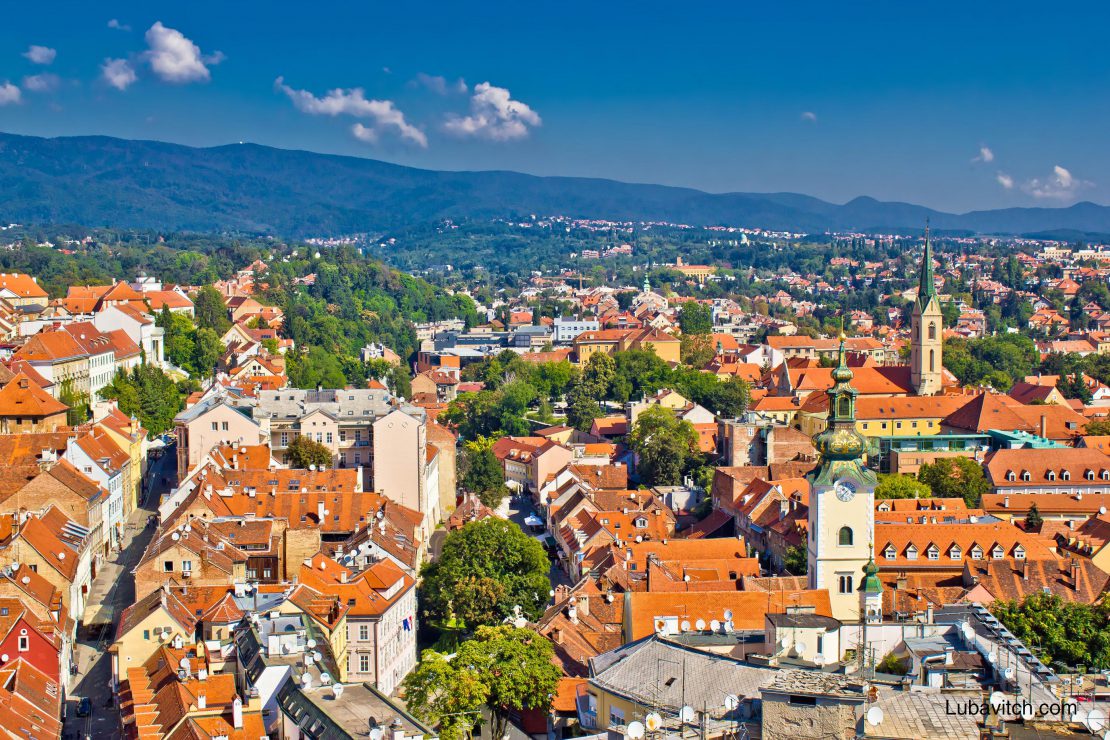 “It’s been a festival here all month leading up to the opening,” Raizy Zaklas, Chabad’s representative to Zagreb, Croatia told me Wednesday morning. She and her husband, Rabbi Pini Zaklas, were counting down the hours to the formal inauguration of Zagreb’s new mikvah, the first in seventy years. Aromas wafted out of Chabad’s kitchen where a chef was preparing food to feed a crowd. Raizy was wrapping up a private Torah class with a local woman, and the rabbi was greeting guests who had come from abroad for the occasion.

Zagreb is a picturesque city. Its Upper Town retains historic cobblestone streets and Austrio-Hungarian architecture dating back to the middle ages. Looking out to its Lower Town, colorfully tiled clay roofs and open marketplaces in historic town squares offer stunning views. But, like most Balkan cities, its once thriving Jewish scene has long since disappeared. Roughly 25,000 Jews lived in prewar Croatia. Today, some 3000 are formally registered as Jews.

There are more, I learn, but fear of anti-Semitism that carried over from parents and grandparents have made subsequent generations of Jews afraid to identify. Conversions in the past, and intermarriage to this day—practically at 100 percent—have created profound assimilation, leaving an otherwise highly educated demographic ignorant about their own heritage.

In recent years, though, cautious curiosity has prompted many to explore their roots. V. Mayer, a local journalist, learned the truth a few years ago when her mother lifted the lid on a family secret. With her suspicion of Jewish ancestry finally confirmed, she wanted to know more. “But I wasn’t going to submit my name to the community’s Jewish registry,” she tells me. Mayer bided her time until, one day, she spied the Chabad rabbi with his children at one of the city’s public playrooms. “I observed him and knew that if I’m going to learn about Judaism, I would like to learn from him—an authentic, traditional Jew.” Still, it would take a year before she worked up the courage to ask him to meet with her in the lobby of a local hotel.

The Zaklases, who came from Israel in 2004 to open Chabad in the city, had the odds stacked high against them. “This is a poor country. The community is small. And people were afraid to come forward.” But their honest commitment to Jewish life and Jewish values finally resonated with locals. Gingerly at first, individuals accepted invitations. They came to learn, to question, to discover. And then, like Mayer, they kept coming, not only for the learning, “but because there’s so much joy and love here.”

I listen as Pini and Raizy speak during the mikvah inauguration. Their easy manner and embracing warmth are indeed contagious. But I wonder if the content of their message is not too specific for people who are new to this. I ask a few of the locals sitting near me. It is a bit more than they can relate to, they admit. Ironically though, it seems to have the effect of actually drawing people closer. “We know they are giving us the whole picture. It may be more than we are prepared to take on, but at least we know,” a participant said.

Until the new mikvah opened, Raizy and a handful of women would fly or drive to more established neighboring Vienna or Budapest. Since it opened for use less than a month ago, more women have been reaching out to Raizy to learn about the mikvah. “This is a really foundational Jewish practice, and it struck a chord with the women here. They clearly appreciate the significance of mikvah.”

Locals I meet speak not only of a Jewish revival that Chabad has brought to town, but of a sense of pride at identifying as Jews that had been starkly absent in Zagreb. The confidence in their Jewish identity as modeled by Pini and Raizy, a Croatian businessman tells me, has created a shift. “It’s made people feel comfortable to identify and happy to belong.”

The crowd at the dedication of the new mikvah in Zagreb, Coroatia

Related Articles
View All
Croatia
A Turf War Between Homeless Street Performers, A Rabbi’s Resolution
“Are you mad at me, Rabbi?” My mind began to race through possibilities, “Why would I be mad at this stranger?” To Read The Full…
Croatia
EARTHQUAKE ROCKS ZAGREB
Panic swept residents of Zagreb Sunday morning when, while sheltering at home from the coronavirus, a 5.3 magnitude earthquake--the largest in 140 years--struck the city.
Croatia
The Lamplighters of Zagreb
"For the first time in Croatia, we have the experience of a Jewish community that is practicing all the traditions. And this has changed everything.…
Get Inspiration to your inbox!
Newsletter
Join our weekly newsletter for inspiration and updates
Donate
Find Your Local Chabad Center
Subscribe
|
Log In
Chabad
About Chabad-Lubavitch
About Chabad Lubavitch
The Rebbe
Headquarters
Magazine
Magazine
News
News & Updates
In The Media
Impact
Social and Humanitarian
Social and Humanitarian
Education
Education
Community
Community