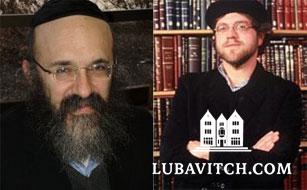 Thank you for your review of my book on the Rebbe. I think you were fair with me  even at points of disagreement and for this I am grateful.

I do not think, however, that it was necessary to say I lacked the Rebbe’s sense of grounding the abstract in the concrete. I do well appreciate this but I express it differently.

Of course you are right that the Rebbe taught primarily by living  example. In a study like mine it is not relevant to point this out but I agree  with you.

Finally, I do not think you resolve the problem of the Jew and non-Jew  that I raise. I gave an honest rendering of this but in the end it cannot be fully resolved. It is one thing to say the Rebbe focused on the divine potential inherent in every person and another thing to say there is equality in this regard between Jew and non-Jew.

Please tell me if you are willing to actualize the breaking down of the barrier of Israel and Amalek in the social arena. Not to mention the symbol of the pig, which still remains forbidden halakhically. Can there be a Torah from the Etz Chayyim wherein the distinctions between holy and unholy are fully overcome?

I am sure you will still disagree with me and I expect that to be the case, but I believe in my heart that I looked at this matter in a non-apologetic and honest way. I even marked some passages that do come dangerously close to undermining the distinction between Jew and non-Jew but in the end I do not see how it can be realized in time and still preserve Judaism as a distinct path.

Thank you for taking the book seriously. Reading sometimes requires as much, if not more courage, than writing.

I appreciate your ongoing engagement.

I hear your objection to that particular phrase and I see that I needed to say something a little more–that was too bald, and in being so, didn’t do you justice. I apologize for that. But it is in that area that there is real criticism, not so much of you personally, but of the academic exercise as a whole.

I believe it is directly connected with what you say about Amalek, the incarnation of evil.

This is the crux of the matter. We rebel at equating the distinction between Jew and non-Jew as being akin to the distinction between good and evil. Yet you seem to indicate that that is where the logic of the teachings goes, and that there is as yet no adequate resolution of this — no one will say that not being Jewish is akin to being evil, but if only a Jew has a yechida and a G-dly soul, we are reduced to apologetics or inconsistency.

Your framing the Jew v. non-Jew with Amalek as the representative of the non-Jew makes that discomfort be noticed.

However, I think that you find that the Rebbes’ teachings were all contextualized by halakha, in which Amalek does not exist presently as a concrete identifiable entity. Rather, in their thought the emphasis is on the quality of Amalek as it appears within us and of our need to eradicate this from our own selves. This is something very different from where you were immersed in the book, and tends in a very different direction. And it starts with having a greater emphasis on the concrete as being of intellectual significance.

The way I have put it in my classes for years is — the problem of evil (which is what we are talking about) does not admit of an abstract answer. I think the Chabad Rebbes all shared that view, and with the Rebbe it was particularly pointed, what with the Holocaust and his response to it.

I think the Chasidut on the subject of Amalek is a relentless meditation on that fundamental fact, deeply abstract, but always ending in the same way–the only valid response to evil is what we do concretely when inspired by a complete soul-searching and a rebuilding of our selves in light of he existential demands of G-d on us. The work of the Chabad Rebbes in developing their abstraction was only instrumental for this, something meant to be renewed each moment of awareness. And in the teachings of the Rebbe, this work was to be done by both Jew and non-Jew, in order to bring the Redemption.

The subject of Amalek has been a long mediation for me, personally. My senior sermon at HUC was on Shabbas Zachor and I built it around the Alter Rebbe’s exploration of Amalek as the primordial coldness of our evil inclination, directly opposed to our concrete engagement with life together with G-d.

Wishing you and yours well-

The issues you raised were all legitimate–the only exception, as I already noted, was your comment that I have the “academic’s love of abstractions but  lack the Rebbe’s grasp of the continuous grounding of abstractions in the concrete.”

I understand what you say about Amalek. It is a very difficult topic and one that the Chabad masters have been struggling with from the Alter Rebbe.

It is a topic that, I suspect, can never be resolved but one that we must keep trying to resolve.

Yes, great care must be taken to bring out the full picture, as in all our history, we have not yet attained the full realization of Moshiach and the consequent elimination of the evil Amalek represents. But it is most significant to acknowledge that the dealing with Amalek was taught by the Rebbes as a process of overcoming an inner attachment to evil that affects everyone, and hinders our realizing G-d’s redemptive plan.

I want to take the thought of the Rebbe’s teachings as being primarily intended as a concrete program for accomplishment of redemption.

On the one hand, there is a dissolution of all concepts of self as one ascends towards the essence, in which all is one and undifferentiated. I am very comfortable with the tremendous emphasis you put in in showing what this takes, what real detachment, bittul atsmi, really means. I think that the parallels you draw from Buddhist thought are extremely helpful in this regard. Indeed, the Rebbe acknowledged that it some aspects, Eastern thought is closer to the truth than the reigning modes in Western thought.

However, there is another hand, and that is the insistence on the ultimate step being a realization of the world’s process of individuation being the will of G-d. This is where the Torah starts; and it is not a place that Buddhist thought brings much to bear, being basically agnostic on this point. This means that, for all that we detach ourselves, for all we nullify our own concepts of G-d as human constructions, and for all we rid ourselves of cliched limitations on who Moshiach is–in the end, there is G-d who is the supreme exemplar of subjectivity and personality, who created us with an irreducible sense of uniqueness and who has enabled real human beings in our history to be redeemers.

I think your emphasis on the personal need for transcendence is appropriate in the light of the Rebbe’s teaching that the coming of Moshiach is tied in to our living our own lives from the spark of Moshiach already present in our own souls–the yechida. He insisted that what was asked of all of us was not just to wait for someone else to come along, but that we are each called upon to live our life in a Moshiach way, developing this transcendent consciousness as our own. Realizing that inwardly would be matched by G-d;s response in revealing outwardly an actual person.

That is crucial, and we must not avoid that aspect of the Rebbe’s thought—Moshiach is a real person. But the emphasis in the Rebbe’s thought was always to engage in the soul work rather than to engage in idle speculation, or worse, pointless controversy about something that will be so obvious that,as Rambam writes, even those steeped in belief in false Messiahs will admit the truth. That clarity will be possible through the inner purification whose abstract outlines you describe so well.