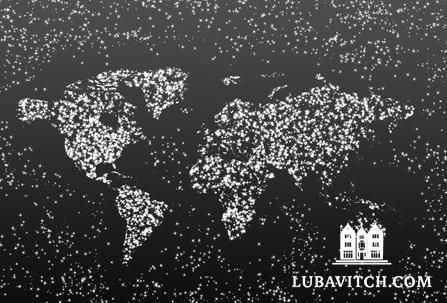 On September 14, 2015, (on the first day of Rosh Hashanah), a team of scientists detected and recorded a sound emanating from two colliding black holes in the cosmos, 1.3 billion light-years away from earth. This development, reported this past February, is now regarded as one of the greatest observations in modern scientific history.

This “fleeting chirp,” as scientists described it, was picked up by the highly sophisticated and extremely sensitive Laser Interferometer Gravitational-Wave Observatory (LIGO) in two mammoth detectors in two complex tunnels located in the United States. The group’s director commented, “We have been deaf, but now we can hear them.” Never before was audible sound detected from these celestial collisions.

Simply stated: Science has now discerned and confirmed that emanating gravitational forces caused by collisions trillions of light-years away can reach us here on earth, and has proven that these forces cause an actual ripple effect on space and time as we know it.

The Baal Shem Tov, said the Rebbe, taught us to derive lessons in our Divine service of G-d from everything we see and hear. What might be the lesson to us in this extraordinary finding?

The Torah describes the Divine voice at Sinai as “kol gadol v’lo yasaf,” a powerful voice that never ceases. G-d’s voice constantly emanates from Sinai, reverberating throughout the entire universe and through the generations to this very day.

Every moment of every day, G-d’s voice calls out to mankind to fulfill the purpose of creation through the process begun at Sinai.

The Revelation at Sinai was a one-time event, but the force of G-d’s voice, we are taught, still calls out to each of us. But who hears this Heavenly voice?

Chasidut teaches that we experience this voice whenever we are unexpectedly moved—intellectually or emotionally—to do good.

The impulse to do a mitzvah, to perform an act of kindness, to refine our character, is a manifestation of G-d calling out to us from Sinai.

On Purim, our sages say, the Jewish people collectively ratified the revelation at Sinai (Shabbat 88a). For on Purim they heard and received the words spoken at Sinai, of their own free will. Inasmuch as the festival is a day of partying, it is thus also a day of spiritual awakening.

We are, each of us, endowed with highly sensitive and sophisticated instruments. The mind, the heart, the soul beckon us to tune in to that higher frequency that emanates from Sinai. It is, to use the new scientific findings as a metaphor, G-d’s “gravitational” pull reaching out to us. And it creates ripples in our lives, in times and places as we really know them.

We need to hear and hold on to that “fleeting chirp.” To listen to its message, and allow ourselves to be moved, mind and heart and soul, to fulfill our greatest potential as human beings created to fulfill nothing less than G-d’s cosmic plan.

Wishing you a very joyous and inspiring Purim!