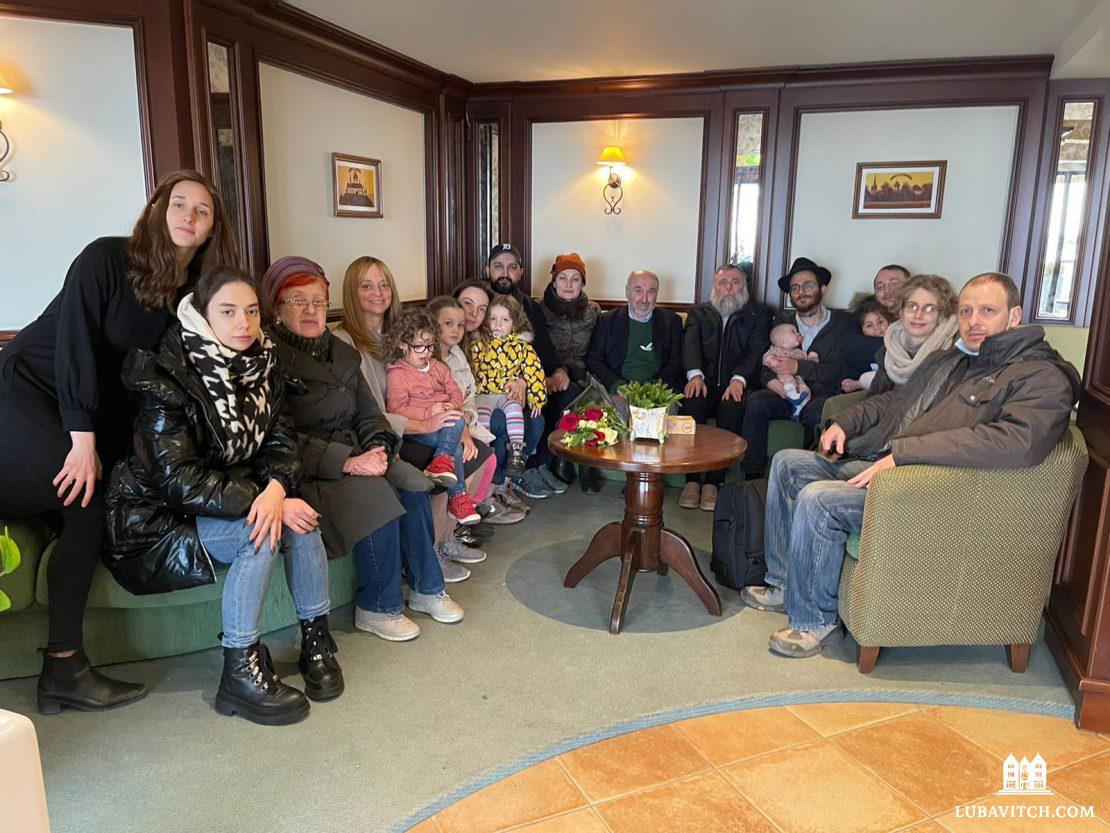 All News
By Rabbi Ariel Markovitch

As Shabbat began in Kyiv, eighty of us were in the Chabad House. We sang Kabbalat Shabbat as a community with the sound of exploding bombs ringing in our ears. We ate the Shabbat meal and tried to get some rest; but by 3:00 a.m., the explosions were growing closer, and sleep was impossible.

On Shabbat day, we prayed in the synagogue, soul searched, and discussed the best course of action. Should the community try to leave the city, or stay? By the time Shabbat ended, fighting was intensifying near the city, and we decided to try our best to evacuate the community. I called a security professional I know, and many of us loaded up in a small convoy of cars and vans.

It was an emotional parting. About forty community members stayed behind in the Chabad House. It’s well-stocked with food, has a full kitchen, and the basement is a relatively safe bunker. But you can’t find medications in Ukraine now, and fresh food is hard to come by. For now, those who stayed behind were safe. We knew we’d be able to provide more help for the Jews of Kyiv from outside Ukraine’s borders, but there were tears as we said our goodbyes. It felt surreal, and there were a lot of mixed emotions.

We set out on what would become a twenty-four-hour drive to the Romanian border. We didn’t breathe until we got across the border. We were praying and saying Tehillim the entire way. Eighteen hours in, we were running dangerously low on gas, and every station in the country seemed to be out of gas. By a miracle, we somehow found a station with a bit of gas left. We filled up and continued driving. On the way, we passed miles upon miles of backed-up traffic, waiting to cross the border. Just a day earlier, there had been massive traffic jams out of Kyiv; but incredibly, we didn’t meet any.

My father, Rabbi Yonatan Markovitch, made his way to the Hungarian border. After weeks of a desperate struggle to procure food for the elderly in Kyiv, he’s now purchasing food outside Ukrainian borders and looking for ways to get it into Kyiv. He’s also sending in desperately needed medications and medical supplies. All the while, we’re arranging buses to evacuate the remaining vulnerable members of the Jewish community. On Tuesday, three buses left Kyiv, and another three will depart tomorrow. When they arrive at the border, my father is helping the steady stream of Jewish refugees cross into Hungary.