Dispatches From Ukraine: “Thousands of Jews and Israelis are arriving in our city” 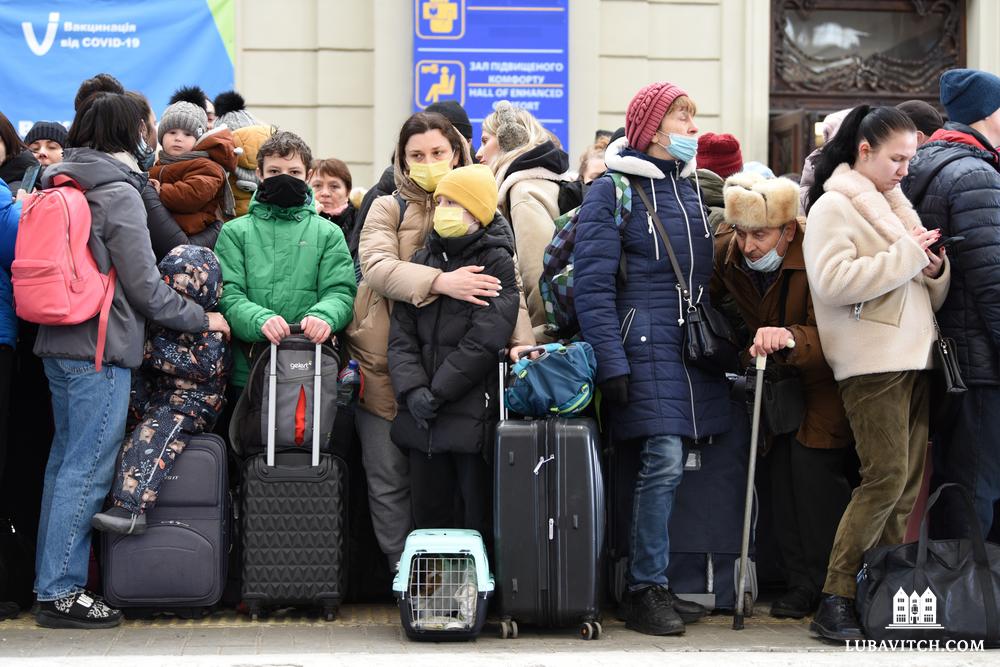 People in railway station of western Ukrainian city of Lviv waiting for the train to Poland.

All News
By Rabbi Menachem Gottlib

So far, Lviv has been relatively unscathed, air raid sirens go off occasionally, but no bombs have fallen on our city. We’re just fifty miles from the Polish border. Last week, thousands of Jews and Israelis began arriving in our city, hoping to cross the border into Poland. They are fleeing the bombings and violence in the eastern parts of the country.

We’ve helped hundreds of Israelis and Ukrainian Jews reach the border so far. As long as we’re able, we’re giving them a place to sleep and some hot food. Trains to the border are rare nowadays, so we’ve arranged buses to bring people there. It’s very difficult to cross the border and people are waiting for days, often in the freezing cold. We’re working with other Jewish organizations and the Israeli government to help people navigate the process.

We’ve received countless phone calls from around the world, asking if we can help bring Jews to Lviv from eastern cities and help them across the border. There is a huge need, and we’re doing everything we can.

Additionally, we’re helping the older people in our community who are afraid to go outside to buy food. We’ve been buying food and putting together food packages that we give out to them.