How to raise money for dinner? Why, host a dinner, of course. 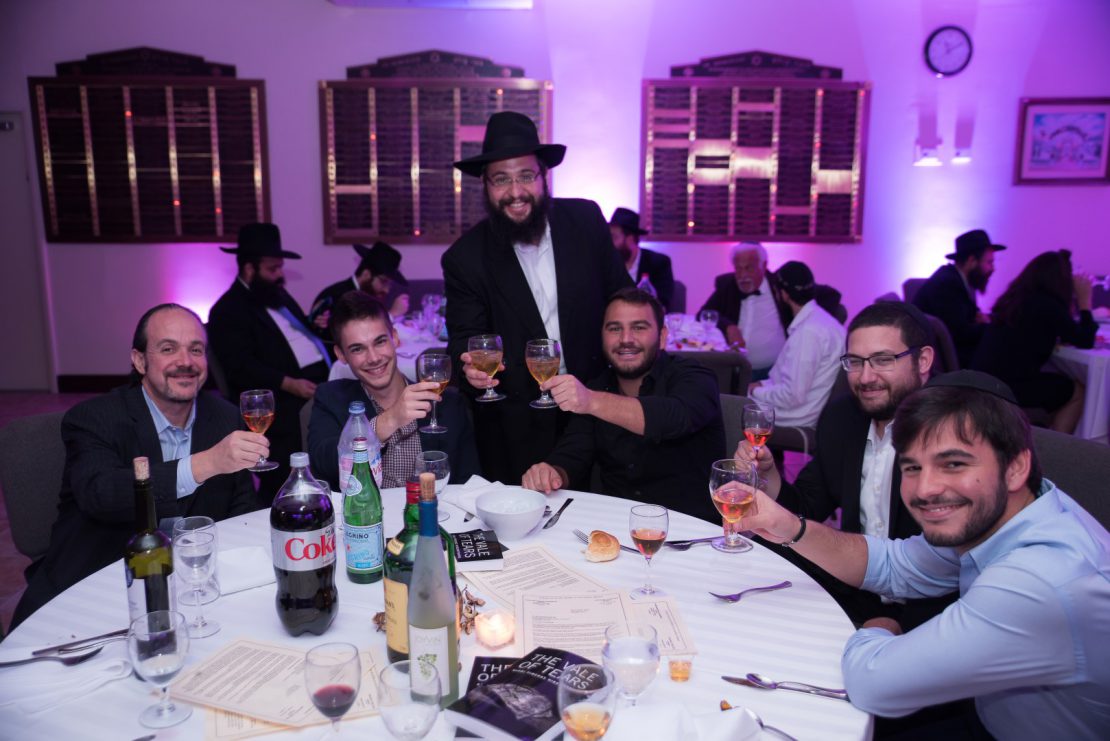 Chabad of South Broward’s 36th Annual Dinner this year was slightly different from the thirty-five that preceded it.

As Chabad struggles to recover from the blow dealt by Irma, plans for this year’s dinner seemed dubious—until Rabbi Raphael Tennenhaus, the local Chabad emissary, hit on an idea: he’d use dinner to get… more dinner. All proceeds from the event, which also served as a seudat hoda’ah (thanksgiving meal) after the hurricane, would go to a dedicated fund to help victims of the storm. Specifically, the funds will enable Chabad to offer free hot meals throughout the High Holidays and during every Shabbat for the upcoming year.

Over 150 people attended the event, which was originally scheduled for September 13th but was pushed off to the 16th due to the hurricane. Despite the delay, ”it was very spirited,” describes Tennenhaus. “There was a lot of hope.”

“I’ve lived through many hurricanes,” recalls the rabbi, who has been directing the Chabad branch since 1980, “and in many ways, this has been more traumatic than category-five Andrew—that was a one-round knockout, this was like a fifteen-round TKO.”

“It was very drawn out, and people are drained,” even those who weren’t hit as hard, he says, have been swamped with taking care of less-fortunate neighbors.

With power at Chabad back up shortly after the hurricane, the Chabad emissaries figured a hot meal would go a long way toward restoring people’s spirits.

“People needed to be nurtured and soothed,” the rabbi explains. “Even if they got back into their homes, they’re wiped out—mentally and emotionally drained.”

The meals were a hit, so Chabad made plans for the high holidays. “We want to make it an easy Yom Tov for as many people as possible. Every day of the holidays, we will have a hot catered communal meal for everyone—free of charge.”

Looking ahead, Chabad hopes to keep providing this free service every Shabbat and holiday for the rest of the year—an unprecedented move for the center.

“This will help people clear their minds,” the rabbi concludes. “They may have a lot to deal with, but they won’t have to worry about Shabbat and Yom Tov this year.”

To learn more about Chabad of South Broward, visit www.chabadsouthbroward.com.