Court Rules In Favor of Condo’s Right to Remove Mezuzah 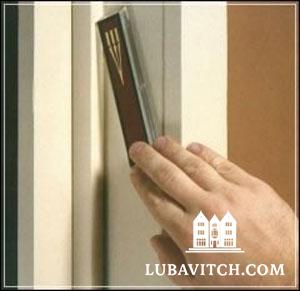 (lubavitch.com) A federal court ruling that denied a Chicago condo resident’s right to hang a mezuzah on her front door incensed a local legislator and surprised area rabbis.

“The mezuzah is a symbol that is as important as an American flag. To me, it’s protected by the first amendment,” retired Alderman Burton F. Natarus told Lubavitch.com. “I may have to heat up the drums” and take action against the ruling.

In 2005, the Chicago city council unanimously passed an ordinance, introduced by Natarus, protecting all forms of religious symbols on doorways. Forcibly removing symbol, such as a mezuzah, violated the City’s Fair Housing Ordinance and carried a $300-500 fine, according to the legislation.

On Passover Eve in 2006, Illinois Gov. Rod R. Blagojevich signed similar legislation would allow “condo owners [to] freely observe the doctrines of their religion at home, including being able to display objects on their front door,” according to the Governor’s office.

“As far as I knew, hanging a mezuzah was protected,” said Rabbi Baruch Hertz, director of Chabad at Park Place in Chicago’s Lakeview neighborhood.

The decision rendered by the 7th U.S. Circuit Court of Appeals was the latest twist in the saga that began when Shoreline Towers building managers removed resident Lynne Bloch’s front entry way mezuzah, citing condo rules that made hallways displays verboten. Until 2004, the Bloch family’s front doorway mezuzah hung without drawing comment.  That changed after building renovations in 2005 and managers removed the Bloch family mezuzah.

Small enough to be concealed in an adult’s hand, a mezuzah is a handwritten roll of parchment inscribed with verses from the Torah. Cases to hold the mezuzah scroll are available in an array of materials and designs, from the unobtrusive to the decorative. Affixing a mezuzah to the doorway is a biblical commandment.

On the University of Chicago campus, a half mile away from Shoreline Towers, mezuzahs are welcomed in college housing. Chabad Jewish Center on campus offers a mezuzah lending program to any Jewish student who wants a mezuzah for their door.

“The University bends over backwards to accommodate Jewish students and all minorities,” said Rabbi Yossi Brackman, the center’s director.

The university actively accommodates the religious needs of its students, he said. Recently, when a Shabbat observant student could not enter the dorm without tripping the electricity, a Shabbat no-no, the university officials sent a handyman to remedy the situation.

Rabbi Meir Chai Benhiyoun of Lubavitch Chabad of the Loop said he did “not know of any [controversial mezuzah matters] in the downtown area.” Rabbi Benhiyoun credited Ald. Natarus’s ordinance for enhancing Chicago residents’ right to hang mezuzahs.

Building and neighborhood associations in Rabbi Benhiyoun’s area are generally open to negotiating over religious symbols, even those much larger than a mezuzah, like public menorahs. “To put a menorah up sometimes takes a meeting or two, but it’s never been a real problem.”

The very idea of mezuzahs generating controversy perplexed Rabbi Shmuel Kesslman, director of the Chabad-Lubavitch Mezuzah Campaign in the New York metropolitan area. “Maybe once, long ago, I heard of such a story.”

Each year, Mezuzah Campaign volunteers help hundreds of homeowners, condo and apartment dwellers across the New York area affix mezuzahs to their doors – from the ritziest neighborhoods on the Upper East Side of Manhattan and Westchester to subsidized housing projects in Brooklyn. “I am surprised they could not find a solution.”

Ald. Natarus is not content to let this slide. By the time he finished speaking with Lubavitch.com, he had called the Bloch family and the American Civil Liberties Union. “This is a matter of American freedom.”