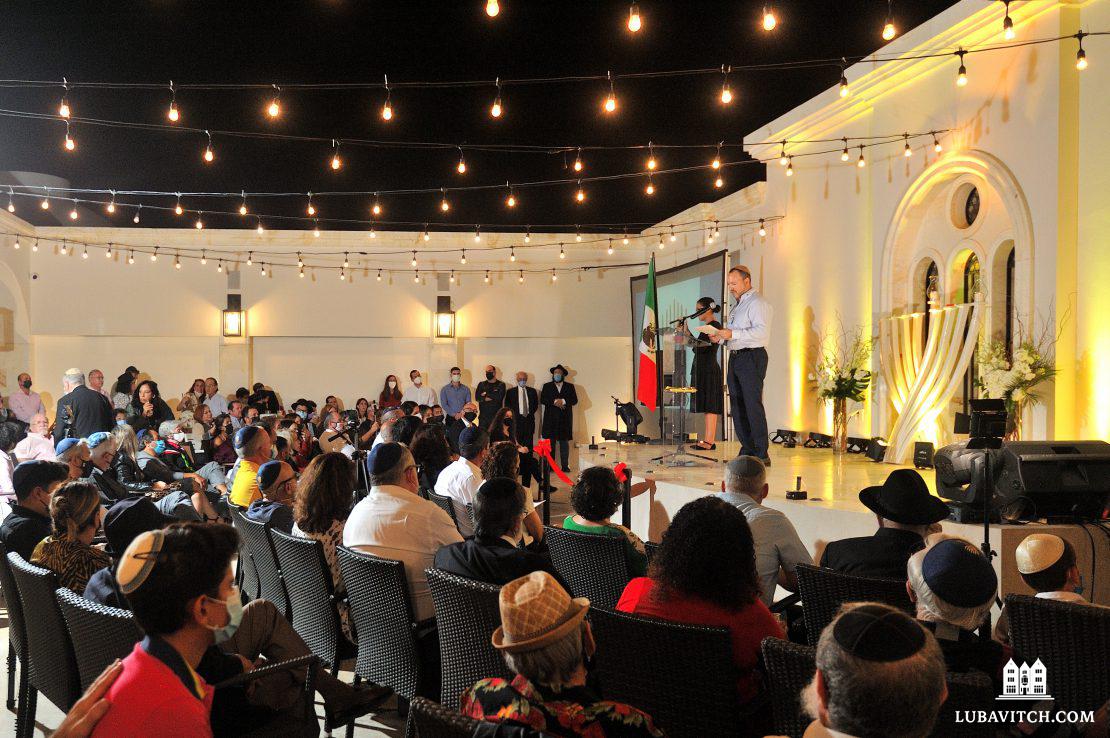 A majestic white dome glistens at the tip of the Baja California Peninsula. Between the picturesque mountains and stunning Pacific Ocean views, the brand new Cabo Jewish Center is a stunning culmination of long years of community building.

There were plenty of Jews in Cabo S. Lucas in the early aughts, but no Jewish community. American Jewish tourists trickled in to enjoy the spectacular beaches and the world-famous fishing off the coast, and some stuck around. A few Israelis, California spiritual seekers, and business people from Mexico City’s large Jewish community also ventured to Cabo over the years.

At the other end of Baja California, Rabbi Mendy Polichenko, director of Chabad without Borders in Tijuana, maintained contacts throughout northern Mexico. Observing the lack of programming for the growing Jewish population in Cabo, Polichenko and his close friend Jose Galicot Behar were soon schlepping massive totes of kosher food to Cabo to host Shabbat in a hotel.

Thirty Jews showed up that first Shabbat. It was a little awkward at first. “You had three different groups speaking three languages,” said Polichenko. “But when we started singing Shabbat songs, Lecha Dodi and Shalom Aleichem, everyone came together in song,” he remembers with a smile.

The “Shabbatons” became a monthly occurrence. But still, there was no synagogue. “If you’re so proud of being Jewish – where’s your synagogue?” a friend asked freshly-minted Cabo resident Johnathan Pikoff. “I decided that’s it, so I met with some friends, and we each pledged to chip in and bring down a full-time Rabbi,” says Pikoff.

Chabad Rabbi Benny Hershcovich and his wife Sonia answered the call. They flew in for the final Shabbat of 2008 and never left. “We came with nothing but an upbringing that taught us to bring the warmth and light of Judaism to those around us,” Rabbi Hershcovich said. That was plenty. “Rabbi Benny understood the needs of the community,” says Sergio Adler, formerly of Mexico City. “He gets that we each have our different customs, and we each come from a distinct background.”

Rabbi and Rebbetzin Hershcovich operated a synagogue out of various small apartments for the next thirteen years, but nonetheless became the address for the town’s Jews. Still, the lack of a permanent synagogue produced a certain sense of transiency. “We always figured, it’s just a small town, we’re never going to have anything bigger than maybe a storefront somewhere,” Rabbi Benny recalls.

But in 2011 Dr. Raymond Schinazi, an organic medicinal chemist who grew up as a traditional Jew in 1950s Egypt, came to a Chanukah menorah lighting event in Cabo. Following that event, he told Rabbi Hershcovich he wanted to build a Jewish center. And as they shopped around for properties and began to plan construction, the population in Cabo exploded. Their vision for the project’s scope expanded accordingly.

“Everyone is blown away when they see this place,” Sonia Hershcovich says. “If you want the wholesome Cabo experience, physically and spiritually,” says Rabbi Benny, “you have to visit the Cabo Jewish Center.”