Chabad To Open in Angola 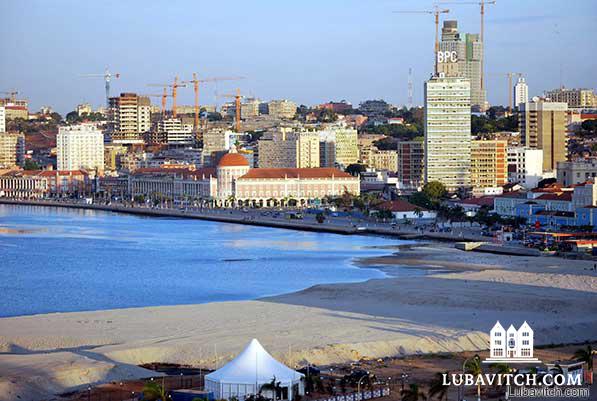 Since the end of its civil war in 2002, Angola has flurried with foreign investment in its infrastructure, along with its minerals, diamonds, oil and land. In turn, the country’s Jewish population has grown exponentially, and with it, the need for a Jewish center.

Recognizing this, Jews living in Angola turned to Rabbi Shlomo Bentolila of Kinshasa, Congo. Head of Chabad-Lubavitch of Central Africa, Bentolila heeded their calls for a permanent presence in the country, and agreed it was time to take action.

With their baby daughter, Rabbi Levi Itshak and Dvora Léa Chekly will be relocating from Paris to serve as Chabad representatives to this Southern African country. As a rabbinical student, Chekly traveled on many occasions to Pointe Noire and Brazzaville in the Republic of the Congo to lead services and Jewish activities. The couple speaks Hebrew, English and French, an asset to a population comprised of Israelis, Americans and Europeans. They will establish their base in Luanda.

Until now, the local Jewish community was served by visiting rabbinical students during the summer months and Jewish holidays. Now, while awaiting their visas, the Chelkys are organizing Chanukah events for the community. Adult education classes, a Hebrew School and synagogue, and kosher food availability are among the first things on their to-do list. Bentolila trusts the community will be well served by the Chelkys.

Related Articles
View All
In Central Africa, Chabad Helps Jews Celebrate High Holidays
Several hours before Rosh Hashanah set in, Chabad Rabbi Shlomo Bentolila found himself in the offices of Joseph Kabila, President of the Democratic Republic…
Around Africa in Eight Days
When you live in a remote country in central Africa, foreign residents will tell you, it’s not hard to feel isolated from the rest of…
Chabad of Central Africa Opens First Day Camp
This year, school break in Nigeria coincided with Passover. For Chabad Rabbi Shlomo Bentolila, Chief Rabbi of Central Africa, it provided an opportunity too obvious…
Blessing the Sun On the Congo River
{}
New Centers
New Shluchim to Erie, PA
Just as soon as coronavirus restrictions ease up, Chabad will open in Erie, Pennsylvania. Rabbi Dovie and Mushkie Kivman will move from their home in Brooklyn to serve…
New Centers
Growing Gains in Toronto
Even as he cut the ribbon on the doors of the Romano Chabad Centre, Rabbi Mendel Bernstein knew it was too small.
New Centers
It Happened At The Dinner Table
It’s the only state in the U.S. where support for Israel is as official as its state-issued motor-vehicle license plates. In 2014, when entrenched hostility…
New Centers
A Mikvah in the Dominican Republic—Seventy Years Later
The newly-inaugurated mikvah in Santo Domingo, Dominican Republic looks like any other Jewish ritual bath. Bricks of Jerusalem stone line the walls, the water is…
Get Inspiration to your inbox!
Newsletter
Join our weekly newsletter for inspiration and updates
Donate
Find Your Local Chabad Center
Chabad
About Chabad-Lubavitch
About Chabad Lubavitch
The Rebbe
Headquarters
Magazine
Magazine
News
News & Updates
In The Media
Impact
Social and Humanitarian
Social and Humanitarian
Education
Education
Community
Community