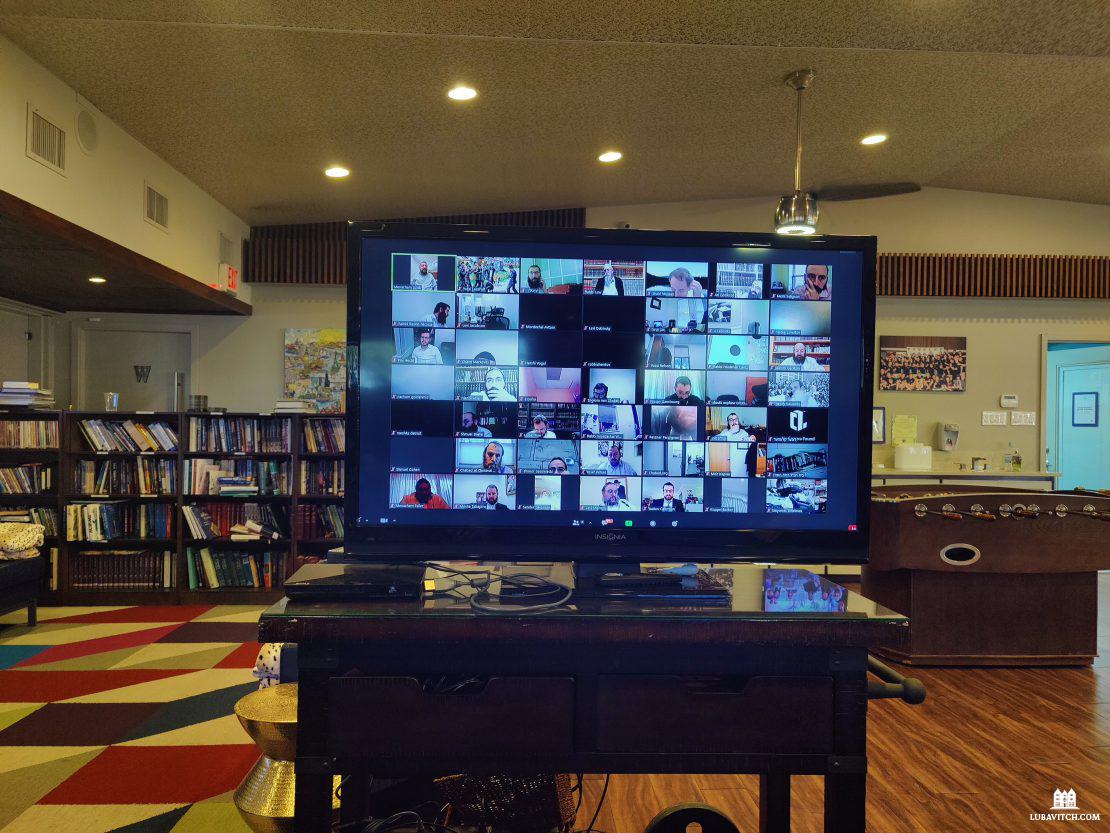 Organizers of the 34th International Conference of Chabad Representatives held virtually over the weekend of November 12, scheduled a Zoom conference that they intended to last twenty-two hours. It continued without interruption for one hundred and twenty hours.

The Zoom began, as planned, when Shabbat ended in Australia (5 o’clock AM Saturday morning EST) as a virtual iteration of the always-anticipated post-Shabbat Melava Malka (post-Shabbat repast) program of the annual conference. Chabad representatives in Melbourne initiated the call with various representatives from around Australia sharing Torah thoughts and stories. As Shabbat ended in China the baton passed to Bangkok. Chabad emissaries from around Asia logged on and were soon joined by Eastern Europe, Israel, Africa, Western Europe, United Kingdom, then Central and South, and finally North America as Shabbat concluded in each time zone.

But what was scheduled to be a twenty-two-hour Chassidic gathering kept going, with between 200 and 1,000 logged on at a time, the crowd fluctuating over the course of the following five days. Shluchim (emissaries) took turns sharing Torah thoughts and stories, as the dialogue switched seamlessly between English, Hebrew, and Yiddish, peppered with Portuguese, Russian, and French. Volunteers providing impromptu simultaneous translations in the chat section. When the Zoom maxed out at 1,000 participants, it was streamed to other platforms to allow more to join. And when the Zoom meeting reached its 24-hour limit they all signed back in, for, to paraphrase the banquet’s message, “No is not an option, shluchim will find a way.”