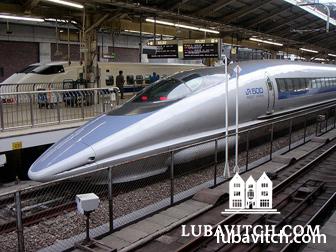 (lubavitch.com) It’s two days before Shavuot, and Rabbi Mendy Sudakevich has just returned from visiting several prisons in Tokyo. “I’ve got one more to go today.” he tells lubavitch.com in a phone interview. At 7:30 a.m. Wednesday morning, he needs to be at another prison, to advocate on behalf of a Jewish prisoner’s religious needs.

Landing a prison sentence is always traumatic; for a traveler, with no language and no sense of the local culture, the sense of alienation is frightening, sometimes terrifying. Westerners who find themselves in that situation are in critical need of familiar contact, and Jewish prisoners wait for Rabbi Sudakevich’s visits with desperate anticipation.

“There’s no official Jewish chaplain here and Jewish prisoners need religious and legal help,” explains the Israeli-born rabbi who has been serving Japan’s Jewish community for nearly 10 years. “It’s scary going through such an ordeal in a foreign country with a different language, culture and laws.”

But it’s not only the prisoners and their families who thank God for Chabad in Tokyo.

Home to more than 35 million people, Tokyo is a massive metropolis and the world’s most populated urban area. Tucked behind the flashing neon signs, blaring loudspeakers and a sea  of commuters is Chabad-Lubavitch of Japan’s 400 square meter oasis of Jewish tranquility directed by Rabbi Mendi Sudakevitch and his wife Chana.

Soon to feature the city’s only kosher restaurant, the Chabad center serves the needs of Tokyo’s 2,000 Jews–mostly businessmen and their families temporarily relocated to the global financial hub. Its steady stream of business travelers are directed by the center’s website – Chabad.jp – to local hotels that offer discounts to Chabad House visitors.

While serving the small, transient population has made community building more challenging, Sudakevich says it makes him all the more mindful of the importance of every individual Jew.

“This is a close knit community. Families move here for a few years and look to Chabad for support, for something familiar,” the Israeli-born rabbi and father of five told Lubavitch.com. “Here, everyone counts and everyone pitches in. You can’t think that someone else will do something since there is no one else around.”

A mainstay at the Chabad center, Noach Tietler is a retired army officer and world renowned ichthyologist who left California 40 years ago to further his research in Japan. “The biggest change I’ve seen here is a move from permanent community members to changing, transient families. They often leave just as they’re planting firm roots and participating in the community,” he told Lubavitch.com.

He said that the community is a growing and “close knit bunch.” The key to Jewish life in Tokyo, he emphasized, is commitment and desire. “If you want to keep Shabbat, to keep kosher, to join the daily minyan, it’s possible. It all depends on how strong your will is.”

An expert in goldfish who has authored five books, Tietler said that Japan features a large variety of kosher species of fish, produce and vegetarian products. Chicken and meat, however, need to be flown in from Hong Kong or Australia.

Sudakevich’s connection to Japan began as a rabbinical student in 1997 when he was sent by Lubavitch Headquarters to strengthen Judaism and direct Passover seders. Close to 500 Israeli backpackers, fresh out of the army, were working kiosks on Tokyo’s streets to make money for further travels.

For the next few years he stayed in touch with residents and coordinated subsequent student trips. Sensing the need for a fulltime Chabad representative in Tokyo, Chabad regional director Rabbi Mordechai Avtzon invited Sudakevich in 2001 to assume the post full time.

The Sudekevichs initially worked with the Jewish Community Center (JCC) and were invited to upgrade the synagogue to accommodate orthodox religious services and programming.

“More Jews started coming, mostly on Shabbat, and we were regularly hosting 30-40 people in our homes for meals. Between visitors and locals, it became clear there was a real desire for what Chabad has to offer.”

When the JCC closed for renovations and religious restructuring in 2008, the community was left without an orthodox synagogue. Sudekevich went looking for a building. Donors, supportive of their work to inspire Jewish pride and community building, rallied behind the project and helped purchase the building on Takanawa Minato street.

The one year old Chabad center is located in central Tokyo where 12 percent of residents are foreigners and English is spoken everywhere – doctors, banks, post office, and stores. Most of Tokyo’s Jews live and work there.

The facility houses social and religious programs, a full Sunday school, one on one learning with students everyday after school, adult education classes, children’s playgroups, Shabbat dinners, outreach and the soon coming kosher restaurant. Three Chabad seminary students are in Japan for the year to teach students and help with programming.

Completion of the open and busy Chabad center has been slowed by the global financial crisis. Plans for building a mikvah were put on hold and women have to travel four hours by speedy bullet train to Kobe.

“There are economic challenges which we especially feel, being in a world financial center. But we have a wonderful center that brings the community together, inspires people to explore their Jewish heritage and shares with children the beauty of Judaism,” said Sudekevich.

Amid intense Shavuot preparations, Sudakevich is trying to get permission to bring cheesecake to the prisoners for Shavuot.  “Prison time in Japan is much tougher than in Israel or the U.S.,” “But they too, deserve to be remembered on Shavuot.”

For Tietler, Chabad’s presence in the city is vital. “Tokyo is just like other Jewish communities. It’s full of people who need their spiritual spark ignited. I’m thankful Chabad his here. I don’t think traditional Judaism would be what it is without them. It makes me feel good and proud.”