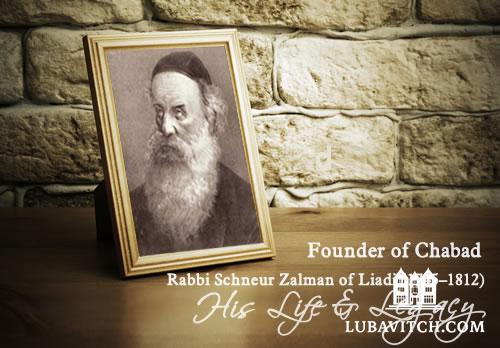 In the Jewish calendar, the month of Elul takes up its own, unique place. It is the end and completion of the Jewish calendar year and at the same time also the introduction and gateway to the approaching New Year beginning with Rosh Hashanah. In its capacity as the former, Elul serves as a time of “tikkun” and “teshuvah”, a time of correcting and completing the faulty and deficient. As the latter it serves as a time of preparing and readying man to enter the New Year in proper manner and fashion.

Besides this general aspect, there is also a special character of this month, of great significance to the Chasidic world, and through that, to all of Jewry. For on the eighteenth of Elul (this year, September 14, 2022) Chasidim the world over, celebrate the foundation of the Chasidic Movement.

It was on the 18th day of Elul that Rabbi Israel Baal Shem Tov (1698-1760), began to propagate and promulgate, officially and publicly, the teachings and practices of Chasidism. As such, this day became a significant date in our calendar, for it is not only the birthday of the Baal Shem Tov, but also of the movement and school of though associated with his name, the movement which brought so much light, spiritual comfort and solace to Jewry the world over.

It is surely more than coincidental, that on this very same day, on the 18th of Elul in the year 1745, was born also Rabbi Shneur Zalman of Liadi, the founder of Chabad Chasidism.

No wonder, then, that this day gained a special meaning among Chasidim. Special meaning was read into the number eighteen, so popular because its Hebrew equivalent spells “Chai” (alive). Thus, this day became known, and is still referred to as “Chai Elul,” and is interpreted as the day which brings life and significance into the month of Elul, the day which makes the whole month, and especially the remaining twelve days, alive and meaningful.

Chasidim celebrate this day and gather to couple the solemnity of Elul with the joy of Chai Elul. They review the past and prepare for the future in the light of this day’s significance. From this day they draw unlimited inspiration for their program in the twelve remaining days, corresponding to the expiring year’s twelve months: one day for each month, each day with its own task and purpose.

This symbolic interpretation of Chai Elul, is so typical of the very spirit of Chasidism. For this movement has set it as its mission and aim to bring about a religious revival among all Jews. Rabbi Israel Baal Shem Tov set out to emphasize and reveal the unlimited potential in every individual, regardless of who, what or where he may be. He sought to animate, make alive and meaningful the Jewish-ness of every one, by radiating them with the light of Torah and mitzvot (the Torah’s commandments). By its positive approach, its inspiring teachings and heartening practices, Chasidism showed (and continues to show) a way of service, a way of worship, a meaningful purpose to life, applicable to both the saint, and to him who for some reason has strayed away from the path of Torah.

Rabbi Shneur Zalman of Liadi continued the work of his spiritual progenitor, the Baal Shem Tov through self-sacrificing efforts, and as such was most instrumental in the implanting of the Chassidic traditions in all Jewish communities. The present-day work of the Lubavitch movement, known for its untiring and selfless efforts in the fields of youth and adult education, social work, spiritual and practical encouragement and assistance, are part of the harvest brought about by the Baal Shem Tov and Rabbi Shneur Zalman.

Thus it can indeed be said that Chai Elul brought animation to the month of Elul, makes it alive, and through it, the whole year as well.

This day of light and life, occurring in the crucial month of Elul, serves as the source of inspiration and courage, zeal and enthusiasm, for the approaching year, to make it a truly fruitful, blessed, and thus satisfactory one.

Adapted from a release issued by LNS in 1963

Related Articles
View All
History
Birthday of the fifth Chabad Rebbe, Rabbi Sholom DovBer Schneerson in 1860 (5621)
20 Cheshvan: Birthday of the fifth Chabad Rebbe, Rabbi Sholom DovBer Schneerson in 1860 (5621).
History
Remembering the Rebbe’s Father
Today in Jewish History, the passing of Rabbi Levi Yitzchak Levi Yitzchak Schneerson (1878-1944), father of the Lubavitcher Rebbe.
History
Tisha B’Av: Remembering for a Better Future
This evening, Jews around the world will remove their shoes, begin a 25-hour fast, and sit low on the floor in the manner of mourners.
History
Anniversary of Rebbe’s Liberation from Soviet Prison
Today, on the Jewish calendar, marks the 95th anniversary of the miraculous liberation of the late Lubavitcher Rebbe, Rabbi Joseph Isaac Schneersohn, from Soviet prison.
Get Inspiration to your inbox!
Newsletter
Join our weekly newsletter for inspiration and updates
Donate
Find Your Local Chabad Center
Subscribe
|
Log In
Chabad
About Chabad-Lubavitch
About Chabad Lubavitch
The Rebbe
Headquarters
Magazine
Magazine
News
News & Updates
In The Media
Impact
Social and Humanitarian
Social and Humanitarian
Education
Education
Community
Community