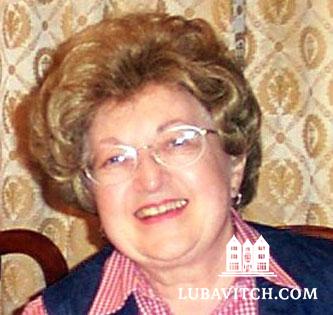 Mrs. Posner, 80, a senior Chabad representative—one of the first Shluchim—was the daughter of one of the leading figures of the Chabad movement in the U.S.,  Rabbi Shlomo Aron Kazarnovsky, and the granddaughter of a renowned Chasidic personality, Rabbi Asher Grossman of Nikolayev.

Born in Brooklyn, NY, Mrs. Posner settled with her husband, the noted author and translator of Chabad Chasidic classics, Rabbi Zalman Posner in Nashville, where he had gone prior to his wedding to take up a rabbinical position on the instructions of Rabbi Joseph I. Schneersohn, the sixth Chabad-Lubavitch Rebbe.

Dedicating herself entirely to the values of Chabad, Mrs. Posner was a pioneer for Jewish education in Nashville, establishing the Akiva Academy Hebrew Day School in the 1950s, which continues to serve the community to this day. She later opened a Chabad preschool, and led it until just about two years ago, when her health began to fail.

Described as being both genuinely modest and remarkably driven so that even in her late 70s, she taught herself to use the computer, Mrs. Posner was “representative of historical Chabad and yet was so contemporary.”

Mrs. Posner had the distinction of being one of the few Chasidim of recent times who recalled meeting the sixth Rebbe in her childhood, and possessed a historical perspective on many of the milestones within the Chabad-Lubavitch movement.

“She was an amazingly brilliant woman,” said her son-in-law Rabbi Yonasan Denebeim, Chabad representative to Palm Springs, CA. “She had invaluable insights to the Chabad Chasidic worldview as well as matters pertaining to the world at large.”

Condolences to the Posner family may be emailed to posnash@gmail.com.

Related Articles
View All
Chabad Opens Student Center At Vanderbilt University
Of the top 20 American universities still without a Chabad-Lubavitch Campus center, only two remained. One was the private Catholic university Notre Dame. The other,…
Features
Tradition, Tradition!
Is Judaism too ritualistic?
Features
Batter’s Up . . . But Never on Shabbat
Infielder and pitcher Elie Kligman has been running the bases as long as he can remember. One of the top-ranked youth players in Nevada, the…
Features
Statistical Outlier: From Catholic Woman To Chasidic Scholar
Born to an Italian Catholic family in Binghamton, NY, Ani briefly attended Sunday school and took her first Communion, until dropping out of church, with…
Features
Above The Fray
Judaism is neither liberal, nor progressive, nor conservative. It is Judaism. It precedes all of these categories, cuts through them, and floats above them. The…
Get Inspiration to your inbox!
Newsletter
Join our weekly newsletter for inspiration and updates
Donate
Find Your Local Chabad Center
Subscribe
|
Log In
Chabad
About Chabad-Lubavitch
About Chabad Lubavitch
The Rebbe
Headquarters
Magazine
Magazine
News
News & Updates
In The Media
Impact
Social and Humanitarian
Social and Humanitarian
Education
Education
Community
Community