Chabad Comes to the Jungles of S. Teresa, Costa Rica

A thriving tropical community of Jewish spiritual seekers and surfers gets a full-time Chabad presence. 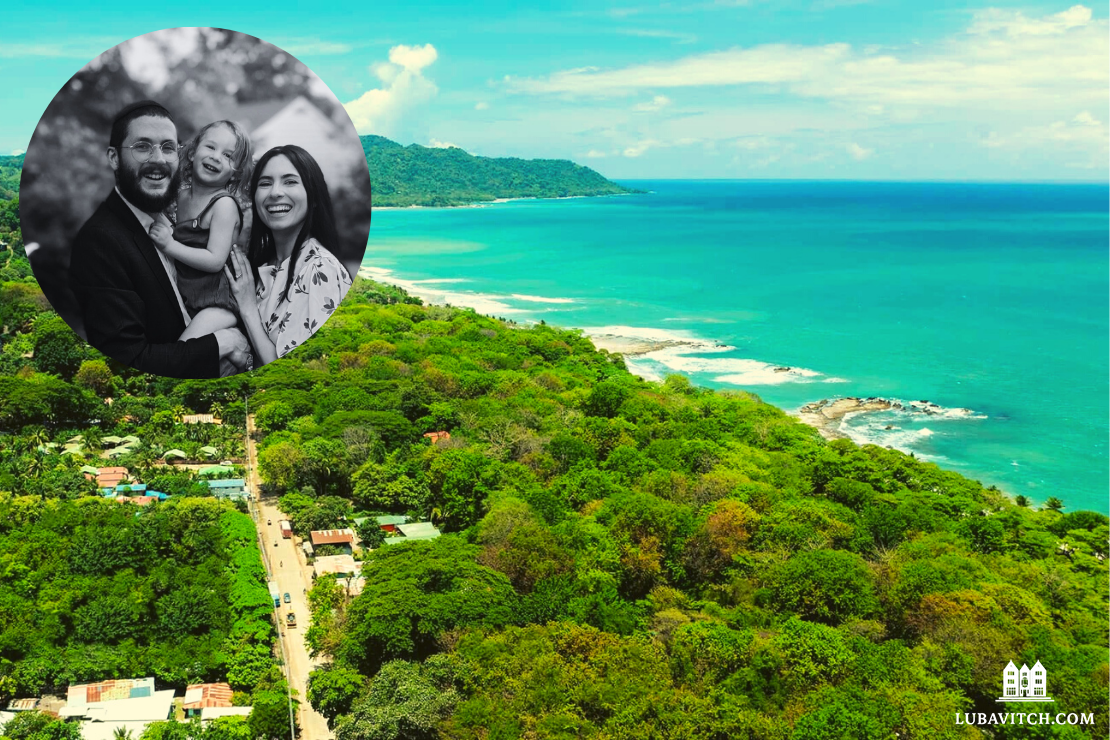 It’s a five-hour drive over jungle trails and a long ferry ride from S. Jose to the remote beaches of S. Teresa on Costa Rica’s pacific coast. A few years ago, it was hardly more than a swath of jungle; but today it is home to a growing and spiritually vibrant Jewish community. This Pesach, three hundred Jews gathered for a Seder on the beach in S. Teresa that even a tropical downpour didn’t stop. Now, the thriving community is getting its own Chabad House.

When the first Israeli seekers made their way to S. Teresa’s tranquil coast twenty years ago, they sought good surfing and a break from the intensity of the Middle East. The ocean swells hit Costa Rica’s western coast all year round, making it one of the world’s finest surfing destinations. They put down roots, and soon a remote Jewish community was forming.

In the laid-back tropical atmosphere, Jews who never would have stepped foot in a synagogue were soon building one of their own. “There is minimal formal Jewish infrastructure,” says Rabbi Berel Dubinsky, who is moving to S. Teresa to open Chabad Lubavitch de Costa Rica’s newest branch. “But people here just gravitate towards Judaism.” Many have found their way back to Jewish observance, and nearly everyone wants to be actively involved in Jewish traditions.

For many years Chabad Rabbi Hershel Shpalter of S. Jose, Costa Rica did his best to assist the growing community. But the distances were vast, and the town kept asking for a full-time Chabad presence. Rabbi and Mrs. Dubinsky visited last Sukkot, and on Pesach, they were back to help the community host a massive Seder. When the last of the Seder guests left, a tropical downpour was underway, and another couple sat in the corner looking dejected. “They had resolved to keep Shabbat the week before,” Rabbi Dubinsky says. “On their first Shabbat the power went out, and now they were facing an hour and a half walk in the pouring rain.” They sang songs together, lifted everyone’s spirits and walked back to the hotel together. “We got soaked, but we were laughing by the end of it.”

Neither Rabbi Dubinsky nor his wife Chana grew up as Chabad emissaries. Still, by their teenage years, they were making their separate ways to remote Chabad outposts in India, Ukraine, and Southeast Asia. After they were engaged in 2018, Rabbi Berel jokingly asked Chana if she wanted to move to Vietnam, and she instantly said, “Yes!” Although they’ve always wanted to open a Chabad house, the Dubinskys see their work in S. Teresa as a chance to make an outsized impact.

“There’s both a very engaged community and a constant stream of tourists,” Rabbi Berel says. Chana Dubinsky says their priority will be to open a Hebrew school. They have a two-and-a-half-year-old son of their own, and many young children here are growing up with few Jewish educational resources. Additionally, they expect to host dozens of tourists each Shabbat. “In most places, you only can impact the people who live in your neighborhood,” Rabbi Dubinsky says, “but here you have thousands of people streaming through each year, and we have a chance to make an incredible impact.”