Books: Children Who Live With Purpose 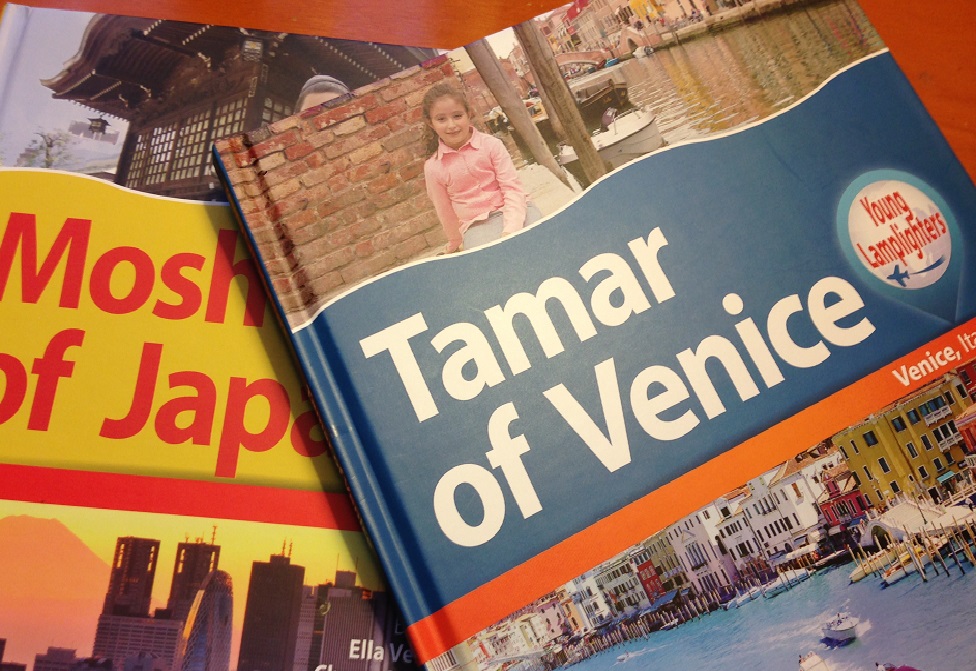 That’s the setting for the delightful, colorful narrative by the young Chabad representative who shares her weekly routine—different in many ways from her Jewish peers—with her readers. She goes to school on a vaporetto, or a water bus, and there are only two students in her class. “And one of them is me!” Wednesdays find her at the fish market with her mother, as they shop for Shabbat, preparing to host lots of students and visitors.

First in the Young Lamplighters series by Ella Verzov and Chana Oirechman, Tamar of Venice is the brainchild of Mrs. Oirechman, Chabad representative to Tallahassee, Florida, who wanted to illustrate the unusual lives of the children of Shluchim around the world.

Moshe of Japan is second in the series. Mendy of Siberia and Rivkaleh of Thailand are now in production. Readers who collect every one of the 9×9 hardcover books as they are released—each richly illustrated with photographs of the children in their respective locales—are promised a vicarious exposure to a wide range of cultures.

Tamar, Moshe, Mendy and Rivkaleh speak different languages, but tying the series together is an unusual sense of purpose and responsibility these youngsters possess from an early age. They all know they are where they are for a reason: to share the experience of Jewish life with others.

The books deliver other useful information. Each one includes a “Fascinating Facts About” the particular place, key phrases in the native language, and a glossary for foreign terms and a map.

Originally written in Hebrew for an Israeli readership, the books are each translated into English and are available through Menucha Publishers or major Jewish bookstores, and at Amazon.