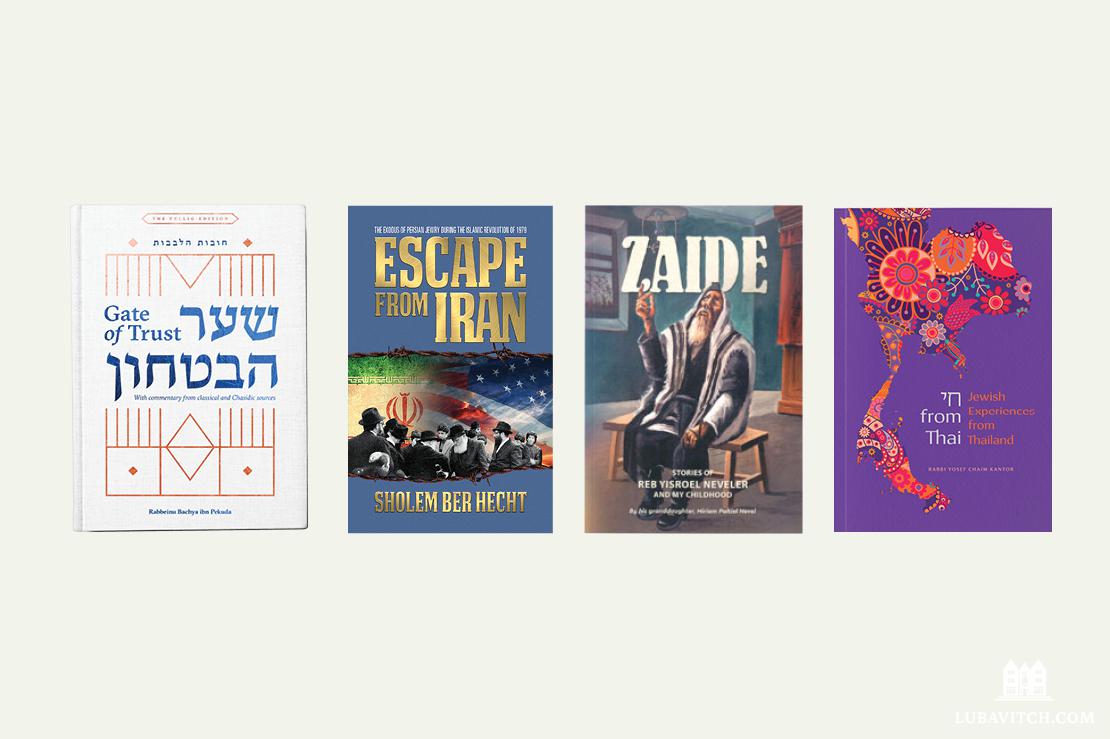 The Exodus of Persian Jewry During the Islamic Revolution of 1979

For 2,500 years the Jews of Persia, banished from their homeland, built a civilization in exile. Their fortunes rose and fell, from the glory of their ancestral traditions to persecution, suppression, and the brutality of conquering armies. By the mid-twentieth century, the Jewish community of modern-day Iran had achieved a measure of success – until the Islamic Revolution of 1979 threatened once again to plunge Persian Jewry into darkness. This is the story of the dramatic rescue and emigration of thousands of Iranian Jewish students to America, and the miraculous rebirth of an ancient civilization in a brand new world.

Stories of Reb Yisroel Neveler and My Childhood

“When Zaide Reb Yisroel davened, as a little girl I sometimes sat quietly watching, and it seemed to me as though the melodies he hummed ever so softly traced an arc in the air that reached all the way to Heaven; and there it pushed open the mysterious gates that were the entrance to G-d’s domain . . .”

Reb Yisroel Neveler was a legendary Chabad Chasid, known for his towering personality, sharp wit, and mischievous sense of humor. In this precious memoir, his granddaughter, Miriam Nevel, captures the essence of her childhood in breathtaking detail with the skill of a poet. Her words recreate a world of heartbreak and love. Even those unfamiliar with the Chasidic lifestyle will appreciate its authenticity.

The title of this book sets out its program, offering a fresh new read to the centuries-old philosophy of Chabad. The author looks at every week’s Torah reading, as it challenges us through our mind, emotions and actions, helping us grow in a wholesome, integrated way, and become active players in the making of a better world.

Rabbi Bergstein, a Chabad representative in Farmington Hills, MI, reaches readers who are not familiar with the language and style of the classic texts, giving them a sense of the life, power, and beauty in the Chasidic approach to life and G-d.

Thailand is not exactly a bastion of Jewish life, and yet, Rabbi Yosef Chaim Kantor has numerous dramatic stories about the Jewish souls he encountered over his many years as a Chabad emissary to the Far East.

Meet Jews who took a wrong turn in a wrong place and were whittling their lives away in a Thai prison; meet Jewish travelers who landed in a hospital in a strange place. Get a close-up perspective of Jewish life in exotic locales, and read about what goes into establishing a kosher eatery, a mikvah, a synagogue, or a Jewish cemetery in this remote part of the world.

Related Articles
View All
Books
Today in Jewish History: The Victory in Chabad Library Trial
On the 5th of Tevet (Hei Teves) in 1987, the extensive library of the sixth Rebbe, Rabbi Yosef Yitzchak Schneerson, was declared as belonging to…
Books
In Pursuit Of Meaning
We live in an age that is more concerned with self-help, self-development, self-empowerment, self-actualization, and self-care than any other age in history, but we are…
Books
Revisiting R. Schneur Zalman: The Alter Rebbe
As I read through three biographies of Rabbi Schneur Zalman of Liadi, the founder of the Chabad movement, known as the Alter Rebbe. I was…
Books
A Defense Of Torah Judaism
As a Chabad representative at a major university, I observe that students’ big questions today center on whether the religion delivers on its ethical promise…
Get Inspiration to your inbox!
Newsletter
Join our weekly newsletter for inspiration and updates
Donate
Find Your Local Chabad Center
Subscribe
|
Log In
Chabad
About Chabad-Lubavitch
About Chabad Lubavitch
The Rebbe
Headquarters
Magazine
Magazine
News
News & Updates
In The Media
Impact
Social and Humanitarian
Social and Humanitarian
Education
Education
Community
Community