Blog: Mumbai on My Mind 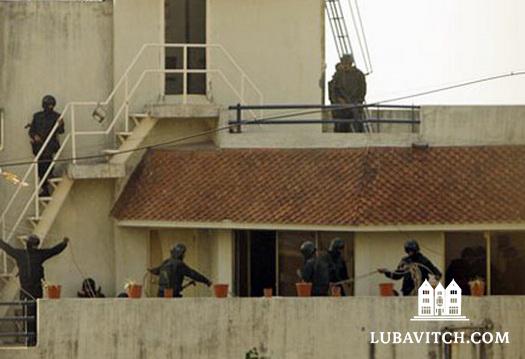 With all the terrible news we’ve been getting recently, it’s good to be reminded of our ability to survive and thrive in the face of disaster; to rebuild bigger and better than before, against all odds.

Less than six years ago, the Chabad House in Mumbai, India was the scene of a shocking tragedy that left the worldwide Jewish community in mourning. On a Wednesday, the 26th of November 2008 at around 9:45 PM local time, Islamist terrorists seized control of the Chabad House as part of a coordinated assault on targets throughout the city. Over the next two days the Indian security forces attempted to negotiate the release of the Jewish hostages held inside, including Chabad representatives Rabbi Gavriel and Rivkah Holtzberg. When negotiations failed, Indian commandos raided the building in an attempt to free the hostages.

The operation began at dawn and ended at sundown, with the whole world bearing witness on live TV. After the smoke cleared and all the conflicting reports had been settled, we learned the devastating truth: Gavriel and Rivkah Holtzberg along with four other Jewish hostages had been gruesomely murdered. The only survivor was two year old Moshe Holtzberg, who had been spirited away to safety by his heroic nanny Sandra Samuel.

Many of us remember the groundswell of grief that registered from every Jewish community, and non-Jews worldwide. The victims had been from America, Israel and Mexico but that didn’t matter; the loss  brought people from the most disparate places and persuasions together in mourning and in outrage. Chabad vowed that the terrorists will not have the last word. Indeed, Rabbi Yehuda Krinsky, Chairman of Chabad-Lubavitch Headquarters, immediately released a statement promising to continue the work they started. Addressing the Chabad emissaries around the world he called on them “to forge ahead with courage and fortitude in the service of our people and mankind, to make this world a better place to live–for all.”

In February 2013, Rabbi Yisroel and Chaya Koslovsky were installed as new shluchim to Mumbai. And in a month from now, on August 26th, 2014 a rebuilt and restored Nariman House Chabad center—the  physical symbol of our resilience and determination—will  be completed and dedicated by the Mumbai’s Jewish community.

“We had determined that Gabi and Rivky’s work, for which they gave their lives, would not be undone,” said Rabbi Moshe Kotlarsky, Vice-Chairman of Merkos L’inyonei Chinuch. “We pledged to rebuild their Chabad House, so that the light of their souls will continue to shine from Mumbai to all corners of the earth.”

The Lubavitcher Rebbe taught us to always view the world with a positive attitude; that though there may be pain and suffering in this world, we have the power to make it a better place. “A little bit of light can chase away the deepest darkness.”

In the face of hatred and hostility, especially when the world turns against our people, it is tempting, perhaps even rational, to quit. So while our soldiers are in the trenches fighting with their lives to hold on to our tiny homeland, when so many would like to see us defeated, it’s good to be reminded that we Jews are a resilient people; Chabad of Mumbai is on the rebound; Jewish life there has not been silenced.

In the face of the worst circumstances imaginable, we have a proven ability to rise up again and again—an inspiring thought that, these days, can help make our current troubles just a little easier to bear.