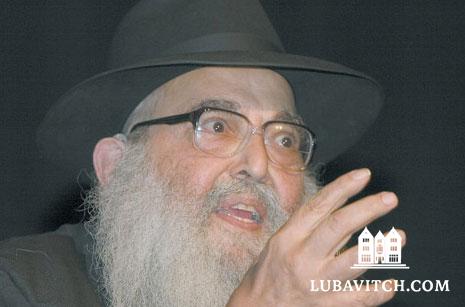 (lubavitch.com) The Jewish community of Australia, and Chabad-Lubavitch at large, were saddened to learn of the passing yesterday, July 6, of Rabbi Yitzchok D. Groner, the most senior Chabad Rabbi in Melbourne, Australia.

Rabbi Groner, 83, led the growth of Melbourne’s Jewish community since he settled there in 1958, with his wife, at the behest of the Lubavitcher Rebbe.

Rabbi Groner was highly influential in advancing Jewish life in Melbourne. Director of the Yeshiva Centre which includes the Yeshiva Shul, the Kollel Menachem Lubavitch, Yeshivah College boys school, Beth Rivkah Ladies College, Ohel Chana, a seminary for girls, and others, Rabbi Groner is credited with the growth of these institutions at which are now enrolled some 1500 students.

The fifth of eight children, Yitzchok Dovid Groner was born to a Chabad family in New York.  His father was born in Jerusalem, his mother, a descendant of the Schneerson dynasty, was born in Hebron. His parents moved to the U.S. in 1920.

At age 22, Rabbi Groner was sent by the Rebbe on a tour of Australia and New Zealand. Rabbi Groner would visit the area several times before settling there permanently with his wife, where the couple would raise their eight children.

An erudite Talmudic scholar and an inspiring orator, Rabbi Groner was regularly consulted by members of the broader Australian Jewish community on a wide breadth of matters, community related concerns, and halachik issues.

Honoring Rabbi Groner on the occasion of his 80th birthday, then Prime Minister John Howard said, “His service to the spiritual needs of countless members of the Jewish community, as rabbi, mentor, counselor or friend, has seen him develop the enviable reputation as the people’s rabbi.”

Rabbi Groner will be buried in Israel, alongside family members.