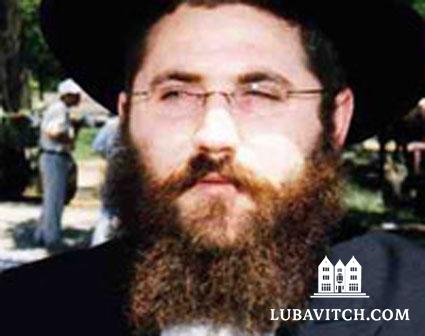 According to Kherson’s Chief Rabbi and Chabad director, Yosef Wolff, the incitement has been building over the last few months and represents the latest development in a five year political war against Mayor Vladimir Vasilevitch Saldah.

“Kirichenko has been against the mayor for years because he wants to be mayor,” explains Wolff. “Now he’s playing on economic worries and using anti-Semitism because he’ll use anything for political gains.

Saldah, who is in his seventh year as mayor, has been a friend to Chabad, participating in public menorah lighting ceremonies and supporting Chabad’s growth in the city while working to develop the city, said Wolff.

A former member of Ukraine’s parliament, Kirichenko started using his radio show and weekly newspaper to incite against Ukrainian Jews, featuring excerpts and themes from Adolf Hitler’s Mein Kampf and The Protocols of the Elders of Zion which he termed a “historical document.”

“The mayor is a Jew. All his friends are Jewish. Together they’re taking over the city and plotting against the Ukrainian people,” Kirichenko claimed on air recently. “The Jews are occupiers, they have occupied us, they stole all our wealth and control us… they create terms that will enable genocide of the Slavic people.”

On other occasions, he played on financial fears by proclaiming that “the Jews are the only one getting rich while everybody else is suffering… this is the reason why we live so poorly in Kherson, why we are being ripped off every day, why we have no peace… the Jews think that the Ukrainians are an inferior race that is meant to serve them, which is why they perpetrate crimes no other nation would dare to do."

Urged by community leaders to action, local police have turned the matter over to Ukraine’s intelligence agency after an initial investigation. While authorities repeat that they are reviewing the case, the incitement continues, said Rabbi Wolff.

“From 1959 until 1990 there was no synagogue here. Since then, both Jewish life and Kherson have really grown and developed in an atmosphere of peace. Kirichenko spins the facts and tries to connect the poor economy with Judaism’s return to the city,” explains Wolff. “People were already worried about their jobs and the economy. Now they’re worried about being blamed for all the troubles.”

The Chief Rabbi told Lubavitch.com that the last six months have been disastrous for the local economy, with many people out of work and crime on the rise. “It’s like the city has taken a step backwards to the way things were 15 years ago. Some people are without gas and electric because they can’t pay the bill.”

A city of 430,000 residents on the banks of the Dnepr River, Kherson is home to almost 12,000 Jews and an infrastructure of small business, as well as large factories including farm machinery and glass production.

Rabbi Wolff came to the city in 1993, taking over as chief rabbi in 1998 when his brother left to assume the chief rabbinate in Odessa. Judaism has blossomed on his watch, and he credits much of Chabad’s success in Kherson to the Ohr Avner Kindergarten, Ohr Chana, and Ohr Avner Day School, Ohr Menachem. Combined, the schools educate 160 students, attracting parents and students with its reputation for academic excellence.

With construction wrapping up on a new mikva, upwards of 150 people on Shabbat and as many as 500 on holidays fill the recently renovated historic Kherson Synagogue, originally erected by the Jewish community in 1894.

Nationalized by the government after the first revolution, the edifice was badly damaged during WWII.

In 1950, the local government rebuilt the structure which was later turned into a drug rehabilitation center and subsequently abandoned for years. Desolate and damaged, it was returned to the Jewish community in 1991, undergoing renovations from 1998 until recently.

Until the economy went bad, the community was growing and expanding with real prosperity in the city, physically and spiritually, Wolff says, hopeful that things will take a good turn again soon despite these setbacks.

"We’ve always had a good relationship with the city and expect that to continue.”