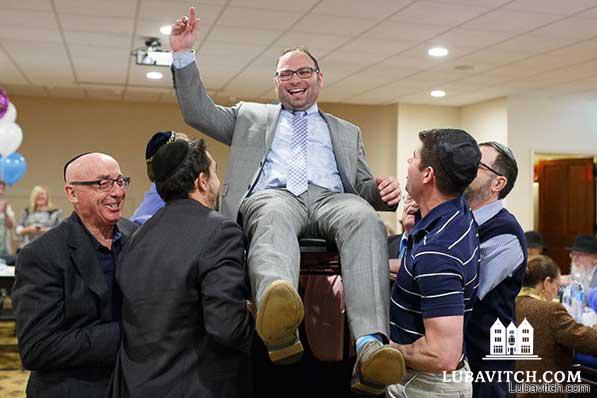 Matthew Jurgens has only a vague memory of his mother that he holds on to “ever so tightly:” playing a card game with her in her hospital bed at the Winthrop University Hospital. Rabbi Anchelle Perl, who met Michelle Goldman-Jurgens on her deathbed, has his own memory of Matthew’s mom, one that has haunted him for close to three decades.

Rabbi Perl, who did not know Michelle, responded to the call by the dying woman’s father. His daughter wanted to see a rabbi. When they met, she asked him to make a promise: that no matter what the future holds, her son, “Matthew will one day become a bar mitzvah.”

“I had no idea how I would be able to do this,” says the rabbi. “But I made a promise; it came from the heart, to give her that one wish that her only child should have a bar mitzvah.”

Matthew was two years old in 1986 when his mother succumbed. It was a slippery slope from there on. His father, who was not Jewish remarried a Catholic, and although he tried to continue educating his son as a Jew, enrolling him into Hebrew School, the situation seemed to create tension at home. “If you ever feel left out of the family for any reason because of your religion, we can always arrange for you to have a baptism,” his father told him. 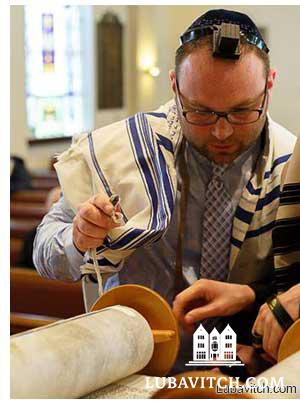 Thus, at the tender age of eight, some six years after his mother died, Matthew was baptized. “A Jewish, eight year old boy essentially defecting on his religion,” Jurgens says today. “As unconscious a decision that this may have been, I thought I would be happier this way.”

He began going one day a week for Catholic studies, yet still kept up with the Jewish holidays with his mother’s parents and sister.

At 13 his grandfather died. At the funeral, Rabbi Perl, remembering his promise to the boy’s mom, told Matthew, “You know, we still have to talk about the bar mitzvah for you.”

But the rabbi’s attempts to reach out to Matthew were not welcome by his father and step-mother. “I felt a deep sense of failure, and, over time I thought I’d never be able to fulfill my promise,” the rabbi recalls.

When he was 16, Matthew met the girl who would one day become his wife. Lori, who was Jewish, told him over and over again, “Remember that if your mother is Jewish, then you are Jewish too.” Eight years later the couple married in a traditional Jewish wedding.

When Matthew’s aunt Sharon attended a bat mitzvah that the rabbi performed, he reminded her of the promise he made to her sister. “Here, take his cell number,” she told the rabbi. “He is waiting for your call.”

The rabbi was nervous when he finally made the call. “I did not know what to expect, does he have any interest in Judaism? Will he respond with enthusiasm or with the same indifference I received from his father’s family?” the rabbis wondered.

By now, Matthew was an education consultant, working towards his PhD in education. He was overjoyed, he recalls, to receive the call. “We speak [and] I catch him up on the last, oh’ 29 years or so of my life,” he says. Then Matthew told Perl that “it [was] time for me to fulfill a life-long goal and it’s the chance for a most esteemed rabbi to fulfill his promise.” 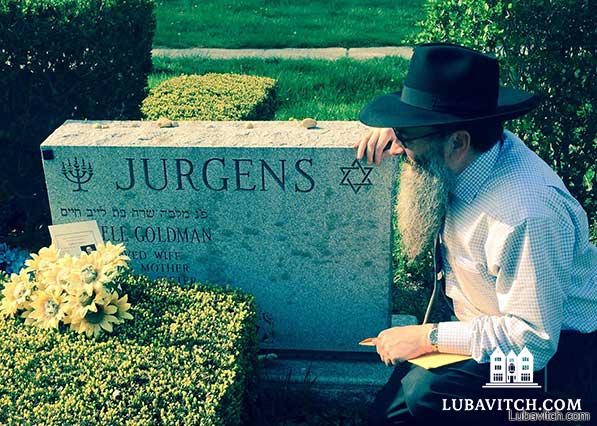 Matthew began studying with Perl’s son, Rabbi Dovid, and went through the process of going to the mikvah. “Rabbi Dovid taught me so much more than just how to read Hebrew; he has taken it upon himself to educate me about what it means to be Jewish.”

In early May, Matthew celebrated his bar mitzvah at Chabad of Mineola.

“You’ve never wavered on your promise to my mother that this day would come to fruition and lo and behold, here it is. Thank you for never giving up on me, never giving up on her,” the bar mitzvah at his belated celebration. “Even though I couldn’t say it 29 years ago, thank you for guiding my mother spiritually and emotionally when she needed it most. My grandparents always told me how wonderful and kind you were, but now knowing you in person, I can honestly see how right they were.”

“Today, I climb up to this rung and I share this day with you all, my incredible grandfather and my beautiful mother. I did it. Thank you for leading me here.” 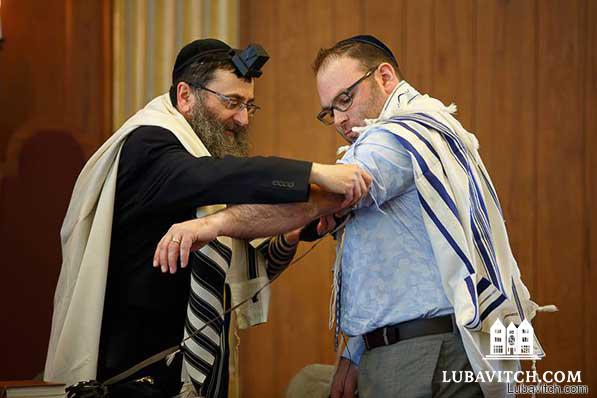 Related Articles
View All
A Bar-Mitzvah to Remember
For the Chabad emissaries in nearby cities who made the trip on December 15, and for the locals who came to participate, this bar mitzvah…
Defying Dyslexia, Engineer Celebrates Bar Mitzvah at 65
Richard Singer's hankering to know more about the Torah and the stories behind the stories would take a back seat as he negotiated his reading…
Chabad On The Bar/Bat Mitzvah: It’s Your Jewish Birthright
In a recent editorial, Reform leader Rabbi Eric Yoffie criticizes the willingness of Chabad to allow any child a bar mitzvah. He describes the norm…
Postponed 63 Years: A Survivor’s Bar Mitzvah
Herman Rosenblat’s bar mitzvah was 63 years late and not a moment too soon. A survivor of the Holocaust, Rosenblat turned thirteen in a Nazi…
Features
Remembering The Struggle for Russian Jewry
Ninety-three years ago today, Rabbi Joseph I. Schneersohn (1880-1950), sixth Lubavitcher Rebbe, and the leader of Russian Jewry at the time, was freed from Soviet-imposed…
Features
Wordsmith: Tamim
The tamim is unflappable. He does not sway with the winds of change, nor bend to meet the expectations of others. He is a simple…
Features
Remembering Rebbetzin Chana: Jewish Feminine Role Model
Rebbetzin Chana Schneerson, a feminine role model of Jewish activism and proponent of Jewish scholarship, mother of the Lubavitcher Rebbe and wife of Rabbi Levi…
Features
Defying Religious Stereotypes on Israel’s College Campuses
By the time Zehavit Mohager, a psychology student, began her studies at the University of Haifa at age 23, she had already completed her army…
Get Inspiration to your inbox!
Newsletter
Join our weekly newsletter for inspiration and updates
Donate
Find Your Local Chabad Center
Chabad
About Chabad-Lubavitch
About Chabad Lubavitch
The Rebbe
Headquarters
Magazine
Magazine
News
News & Updates
In The Media
Impact
Social and Humanitarian
Social and Humanitarian
Education
Education
Community
Community