A Mikvah in the Dominican Republic—Seventy Years Later

After years in the works, the island’s Jews and tourists finally have a ritual bath 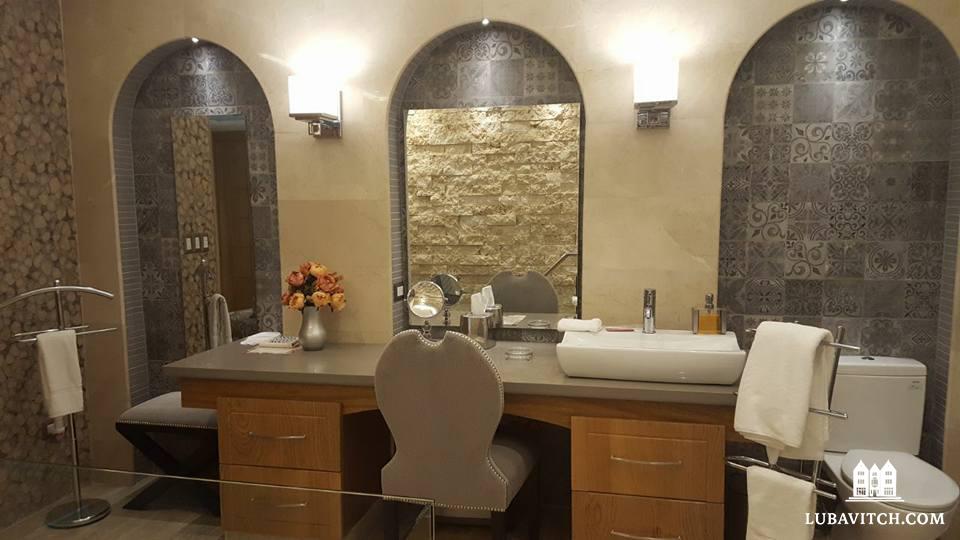 Chabad in the Dominican Republic recently held a ribbon-cutting ceremony for their new mikvah.

The newly-inaugurated Mikvah Taharat EL in Santo Domingo, Dominican Republic looks like any other Jewish ritual bath. Bricks of Jerusalem stone line the walls, the water is blue and clear, and the decor features light pastels. But as you can learn from the plaques on the wall, this mikvah, a first for the island, has been seventy-seven years in the making.

It began in 1940, as the Jews of Europe searched desperately for a safe haven from Nazi persecution. Most countries were closed to them, but the Dominican Republic welcomed Jews with open arms. The Steinmetz family from Hungary arrived in the republic in 1939, and quickly became leaders of the fledgling Jewish community, which peaked at 1,000 in 1943.

In 1940, a letter arrived from the sixth Lubavitcher Rebbe, Rabbi Yosef Yitzchak Schneerson, who wanted to know how the refugee community was faring on the isolated island. Upon hearing that the community had no mikvah, he urged Rabbi Chananya Steinmetz to arrange the construction, offering practical advice and financial support. Despite Rabbi Steinmetz’s efforts, the mikvah did not materialize, and along with the most of the refugees, the family departed the Dominican Republic after the end of World War II.

Though he protested that he had not been on the island in four decades, the Rebbe insisted, and Efraim sent two rabbinical students to arrange the construction. They returned empty-handed: the community numbered only twenty-five families and had no land on which to build. Steinmetz relayed the message to the Rebbe’s secretary, only to receive the response: “The Rebbe insists—the Jews in the Dominican Republic must have a mikvah.” Again, two young men traveled to the island, only to meet with failure once more.

Nearly thirty years passed, and the Jewish community in the Dominican Republic grew, welcoming expats from around the world as well as increasing numbers of Jewish tourists. In 2007, Rabbi Shimon and Michal Pelman established Chabad of the Dominican Republic to serve the Jews of the island. As more families made the Dominican Republic their home, with most of the 400 Jews on the island residing in Santo Domingo, the need for a mikvah became more pressing. “Last year, Chabad of Puerto Rico opened a mikvah,” relates Michal Perman, “but before that the closest mikvah was in Miami—a two-and-a-half hour flight away!”

In 2013, the Pelmans acquired a property and began building the mikvah. After seventy-seven years, the mikvah was finally completed this year. The emissaries dedicated the mikveh to Mr. Leon Sragowicz o.b.m., who donated the initial funds but passed away before he could see its completion.

The plaques on the wall tell a small part of the story, displaying dedications to Rabbi and Mrs. Steinmetz and both Rabbi Schneersons (sponsored by the Steinmetz family). Yet, while the story of the mikvah’s building has concluded, the tale of its role in the community’s future is just beginning.

When Laura S., a local architect, visited the Chabad House to help her daughter with a school project on Judaism, she learned that the Pelmans were seeking an architect to draw up plans for the mikvah and offered her assistance. After their meeting, she stayed for services, recognized a community member as a relative, and ultimately discovered that she herself was Jewish.

According to Pelman, many women in the community have expressed interest in learning more about the mikvah, and over seventy people attended the inauguration earlier this year. “A mikvah is a sign of Jewish life,” muses Michal, “and this will encourage more families to settle down here.”

To learn more about Chabad of the Dominican Republic, visit www.chabadominican.com. 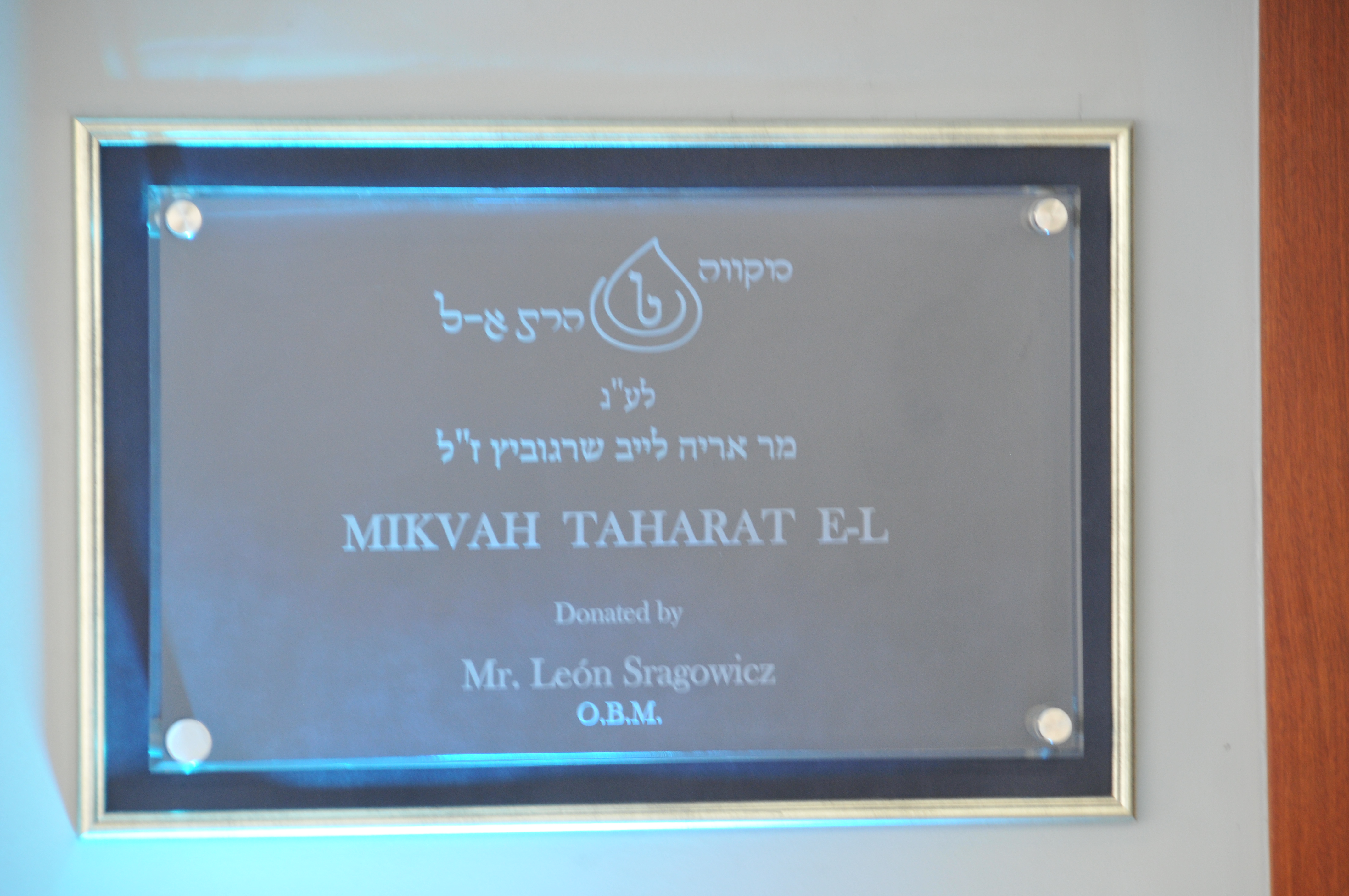 Related Articles
View All
New Centers
Paris, Mexico, and Gresham, Oregon
After bumping into Chabad rabbis around the world, Jack Skiterman knew he had to reach out to the new Chabad couple in his own Oregon…
New Centers
Meeting Jews and Making Moves in Minnesota
In 1986 a nuclear reactor in the Ukrainian city of Chernobyl exploded. Deadly clouds spewed across Belarus and Ukraine, leaving radioactive fallout that brought radiation…
New Centers
New Orleans Kicks Off Fourth Generation of Chabad Outreach
Rabbi Yossi and Mushka Cohen have been appointed Chabad emissaries to New Orleans, bringing Chabad’s outreach into its fourth generation
New Centers
Population Boom Brings Fourth Chabad Couple to Montana
Montana is experiencing a population boom, and new Chabad representatives are moving into the state’s largest city to meet the Jewish community’s growing needs
Get Inspiration to your inbox!
Newsletter
Join our weekly newsletter for inspiration and updates
Donate
Find Your Local Chabad Center
Subscribe
|
Log In
Chabad
About Chabad-Lubavitch
About Chabad Lubavitch
The Rebbe
Headquarters
Magazine
Magazine
News
News & Updates
In The Media
Impact
Social and Humanitarian
Social and Humanitarian
Education
Education
Community
Community