A Funeral & a Bar Mitzvah 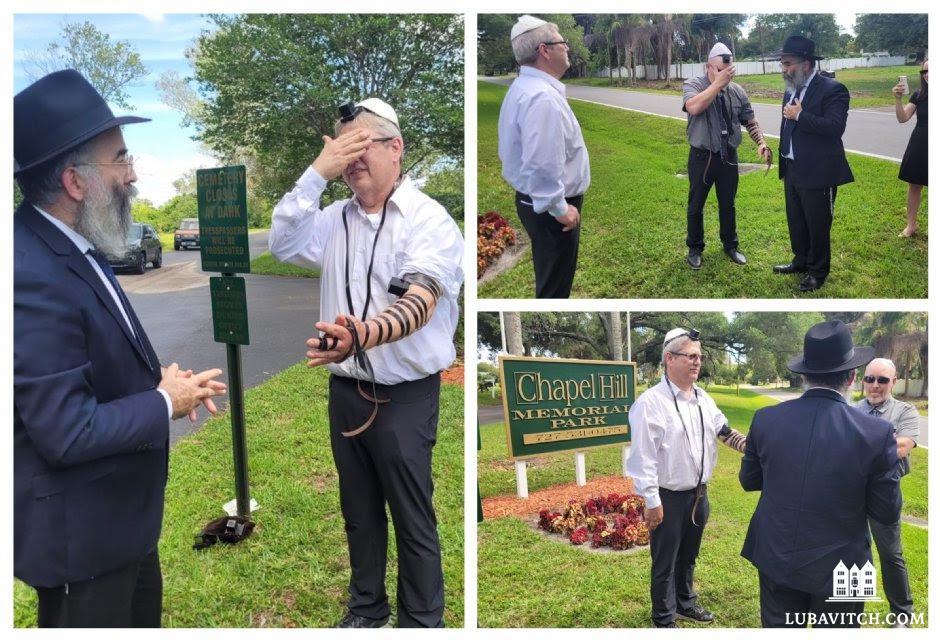 All News
By Rabbi Alter Korf

Last Monday afternoon, I officiated at the funeral of a dear community member, Naomi Rosenberg. She had moved out of S. Petersberg, Florida, to Ellenton some years ago. We all remember Naomi fondly. She was an active member of our community for many years and always made time to participate and volunteer for many community events and programs.

After the funeral service, Naomi’s two sons, Robert and David, came to thank me for the meaningful service. We spoke about their mom. I had always known her to be the quintessential ‘yiddishe mame,” and I knew Judaism had always been very important to her. She loved the holidays and treasured all the traditional Jewish foods and customs.

Robert and David told me about their experience growing up in Ohio. When I asked them about Judaism’s role in their childhood, they told me it had been difficult. They had always felt antisemitism lurking just under the surface, and they felt different. Standing out was hard. Naomi had registered them in Hebrew school as their mom, but they were afraid it would make them stand out even more, so they didn’t like going. The other students were mostly from wealthy homes, and Robert and David didn’t feel like they belonged there. So as much as Naomi had wanted a Jewish education for her boys, it wasn’t in the cards. They hadn’t even had a Bar Mitzvah.

Knowing Naomi, I knew it must have pained her never to have seen her son’s Bar Mitzvahs. She would have wanted to share her love of Judaism with them. It occurred to me that perhaps we could give her a gift by fulfilling a dream she had never lived to see. I asked Robert and David if they wanted to celebrate their Bar Mitzvahs right then and there.

It felt very out of place, celebrating a twin Bar Mitzvah by the cemetery gates. We left the cemetery and did the ritual hand washing. Both brothers were eager to wrap tefillin, say the Shema, and pray. We had tears in our eyes as we sang ‘siman tov u’mazel tov,” knowing that Naomi was smiling from on high and clapping along with her two dear sons.

I would never have planned to celebrate a funeral and two Bar Mitzvahs within the span of an hour. But this past Monday, G-d scheduled it for me. When an opportunity for a Mitzvah comes knocking, we can’t ignore the call. Life’s journey isn’t always according to how we’d plan it, but G-d works it all out.

Thinking about the conflicting emotions I felt, I remembered a quote from the Zohar, “Weeping is in one side of my heart, and joy in the other.” When there is genuine sorrow in life, we wonder how we could possibly be happy. But even when sadness overtakes us, we can find a corner of our hearts to plant a seed of joy, and our heart is big enough to hold both.

Rabbi Alter Korf and his wife Chaya are the directors of Chabad of S. Petersberg, Florida.

Related Articles
View All
Lifecycle
Good Deeds for Daniel Perelman
After a young man passed away in an airplane crash, his Wisconsin community is coming together to do mitzvot in his memory
Lifecycle
A War And a Wedding
Two Chabad emissary families travel through embattled areas, past army checkpoints and six countries, to a wedding celebration.
Lifecycle
Starr’s Yahrzeit Project
“It’s so personal, it touches people profoundly. And it creates a deep sense of community.”
Lifecycle
A Mom, A Torah, A Chuppah Ceremony
The thought that she would never get to stand with her son under the chuppah broke Elisheva (Irene) Solovey’s heart.
Get Inspiration to your inbox!
Newsletter
Join our weekly newsletter for inspiration and updates
Donate
Find Your Local Chabad Center
Subscribe
|
Log In
Chabad
About Chabad-Lubavitch
About Chabad Lubavitch
The Rebbe
Headquarters
Magazine
Magazine
News
News & Updates
In The Media
Impact
Social and Humanitarian
Social and Humanitarian
Education
Education
Community
Community