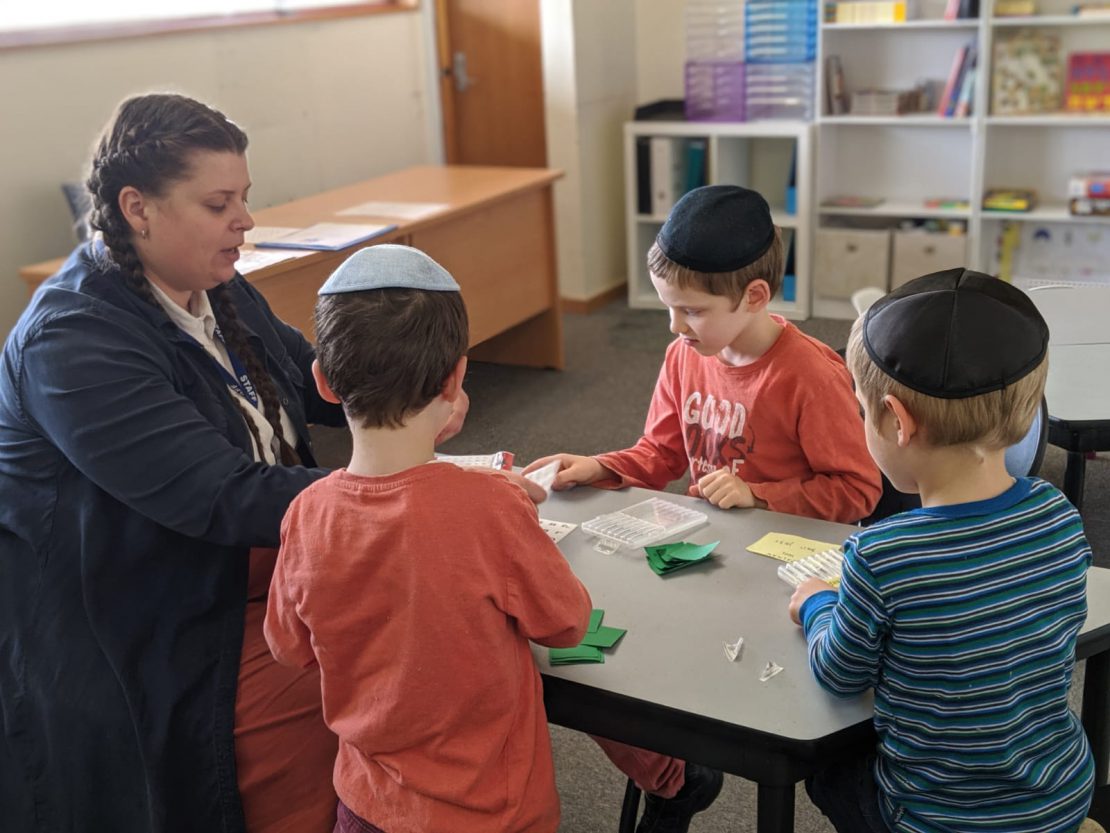 The first Jewish school for the Australian Capital Territory and region has opened its doors this week in what is being hailed as a historic milestone for the Canberra Jewish community.

Incoming Principal Rebbetzin Chasia Feldman received final approval by the ACT Government to open the primary school for years K-6 on following a rigorous two-year process with inspections by a Government-appointed educational panel.

The school will provide an educational extension to many of the children enrolled in Gan Yisroel, Canberra’s Jewish daycare center and preschool established by Chabad ACT in 2014, as well as to other Jewish school children living or moving to the nation’s Capital and region.

Chairman of Chabad ACT, Rabbi Shmueli Feldman said, “A Jewish school is an essential element for any viable Jewish community. In Canberra, particularly with its national significance, it is crucial that Jewish families that live and move here have the option for their children to be educated in a Jewish environment and to have access to the same excellent Jewish education being offered in other cities around Australia.” The school, he said, “will complete the basic infrastructural package for enabling and preserving Jewish life and practice in Canberra with which we set out to achieve when we, as a family, arrived here seven years ago.”

Mrs. Menouha Wasserman, the school’s headteacher, said she looks forward to offering students “a school which will offer the best of all worlds in a Jewish spirit.”

Founding Canberra Jewish School committee member, Ms. Alisa Krasnostein said she was “so excited to watch the first intake of children head off on their very first day of school. It’s vitally important for Canberra to offer an option for Jewish education to Jewish families, particularly when considering whether a move to the city was viable.”

The school has paced its opening with composite aged classes and hopes to encourage broader enrollments as the school year progresses.

Related Articles
View All
Learning Leadership, Life Skills, Love At South Florida Jewish Academy
They come from public schools, day schools, and yeshivahs, from homeschool and from no school. Fewer than half have diagnosed disabilities. Others are academically gifted,…
A New Documentary Features Jews in The Bush
Untold Australia is Australia's latest SBS series—featuring the lives of ordinary, and sometimes extraordinary, citizens. Today, a new documentary airs. Outback Rabbis follows the lives…
Get Inspiration to your inbox!
Newsletter
Join our weekly newsletter for inspiration and updates
Donate
Find Your Local Chabad Center
Subscribe
|
Log In
Chabad
About Chabad-Lubavitch
About Chabad Lubavitch
The Rebbe
Headquarters
Magazine
Magazine
News
News & Updates
In The Media
Impact
Social and Humanitarian
Social and Humanitarian
Education
Education
Community
Community